As i noted last week, with all renewing enrollees accounted for, Rhode Island's ACA exchange is likely to come up short not only of my pre-election projection (40,000 enrollees), but will likely see a drop from last year's 34,670 QHP selections. They had only hit 29,312 QHPs as of Christmas Eve, and have only tacked on another 580 people since then:

INDIVIDUAL AND FAMILY ENROLLMENT • As of December 31, 2016

Rhode Island is one of three states (along with Washington and Massachusetts) which allowed people to enroll for January coverage as late as December 23rd. RI's numbers have also included auto-renewals for some time now, so today's report includes everyone whose 2017 policies will kick off effective this Sunday, January 1st:

Last week, the Rhode Island exchange reported 27,555 QHP enrollees as of 12/10, a tiny increase over the prior week mainly due to auto-renewed enrollees dropping out, cancelling out most of the increase.

Rhode Island is one of 3 states which are still taking enrollments for January, but they've released another report (thorugh 12/17) which brings the tally up to

INDIVIDUAL AND FAMILY ENROLLMENT As of December 17, 2016

Huh. Rhode Island didn't post any updates at all for the first 5 weeks of OE4, but has now posted weekly updates back to back:

INDIVIDUAL AND FAMILY ENROLLMENT As of December 10, 2016

This year only 3 insurance carriers are offering policies on the individual market in Rhode Island: Blue Cross Blue Shield, Neighborhood Health Plan and UnitedHealthcare. The bad news is that United is pulling out of RI, although they only hold about 4% of the on-exchange market anyway. The rest of the on-exchange market is split almost evenly between BCBS and Neighborhood.

Both Neighborhood Health Plan and BCBS have submitted their filings, and there's some great (and surprising, for this year) news:

Again, Rhode Island is the only state to continue with regular, weekly exchange enrollment reports during the off season. I would love it if every exchange did this:

*The number of paid enrollments is expected to increase as payments for March coverage are made by today’s deadline and processed over the next several days.

Last week I noted that the Rhode Island ACA exchange has become my newest BFF: They've decided to continue posting weekly enrollment reports even during the off-season!

Better yet, they're also making sure to include both the gross enrollment and net effectuated enrollment numbers. If every state exchange (and especially HealthCare.Gov, of course) were to do this, I'd be a very happy man indeed. In the meantime, I'll have to settle for RI's regular updates, although extrapolating anything nationally from a single state with just over 1 million people is a bit tricky. 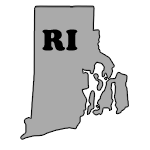 Once the dust settled on the 2014 and 2015 Open Enrollment periods, only a handful of state exchanges bothered continuing to report off-season exchange enrollments, but I was able to extrapolate those numbers pretty accurately nationwide: Around 7,500 people per day were still signing up via Special Enrollment Periods throughout the summer/fall of 2014, and around 8,500 per day did so last year (not including the time-limited #ACATaxTime SEP from mid-March through the end of April 2015).

This year, that number is expected to drop somewhat due to HHS supposedly cracking down on SEPs in both variety and eligibility verification, but I still wouldn't be surprised if at least, say, 6,000 people per day end up signing up between now and next November (or around 1.6 million total, give or take).

Anyway, even the state exchanges which did keep posting updates generally only did so monthly...which is why I was pleasantly surprised to see that the Rhode Island exchange appears to be sticking to their Weekly Enrollment Report guns even after the dust has settled:

This just in from HealthSource RI:

Aside from HealthCare.Gov itself, the Rhode Island exchange is the only state-based exchange which provides weekly updates on a consistent basis. In addition, RI's updates cover the exact same 7-day periods as HC.gov's Snapshot reports, so they can often act as a bit of a harbinger of the larger report to come the following day. However, RI is also a tiny state with an even tinier ACA exchange population, in the 30K - 40K range, so it may be pointless to try and extrapolate nationally.

Having said that, their latest enrollment update, covering Week 12 of OE3, is...OK, I guess:

Rhode Island: Things are looking up, but not enough? Net gain of 1,800 QHPs last week

As I've noted before, aside from HealthCare.Gov itself, the Rhode Island exchange is the only state-based exchange which provides weekly updates on a consistent basis (the other exchanges range from no updates at all to monthly to a "whenever they feel like it" schedule). In addition, RI's updates cover the exact same 7-day periods as HC.gov's Snapshot reports, so they can often act as a bit of a harbinger of the larger report to come the following day.

On the other hand, Rhode Island is also a very tiny state, with enrollment numbers in the 30-40,000 range, so I have to be careful about extrapolating out to the federal exchange, which covers 38 states and likely has over 9 million people enrolled by now.

The Mystery of the Million "Missing" Enrollees (or: Why my projection could still be accurate even if it's "wrong")

Until this year, most of the ACA exchanges, including HealthCare.Gov, would simply report how many people selected QHPs through the exchange, whether paid up or not. There's nothing wrong with this as long as it's made clear at some point how many people actually paid their premiums and had their policies effectuated; the argument over this issue was the entire basis of the infamous "But how many have PAID???" fuss back in 2014. It was such a Big Deal that the Republicans on the House Energy & Commerce Committee even published the results on a laughably garbage-filled "survey" they had sent out to a portion of the insurance carriers.

(Note In the end, it turned out to be roughly 85-90% depending on the state/carrier in 2014; for 2015 the payment rate nudged up to around 90% overall, which is where it will likely stand going forward).