Rhode Island's total Medicaid enrollment (including ACA expansion) reached an all-time high of around 313,000 back in mid-2017. Since then it gradually dropped to around 290,000 just ahead of the COVID pandemic...but since then non-expansion enrollment has gone up by 7% and the ACA expansion population has risen by over 30%, meaning total enrollment is up 12% overall.

Add in the ~25,000 subsidized ACA exchange enrollees and that's around 107,000 Rhode Island residents who would lose healthcare coverage if the Supreme Court strikes down the Affordable Care Act, or 9.8% of the state population. 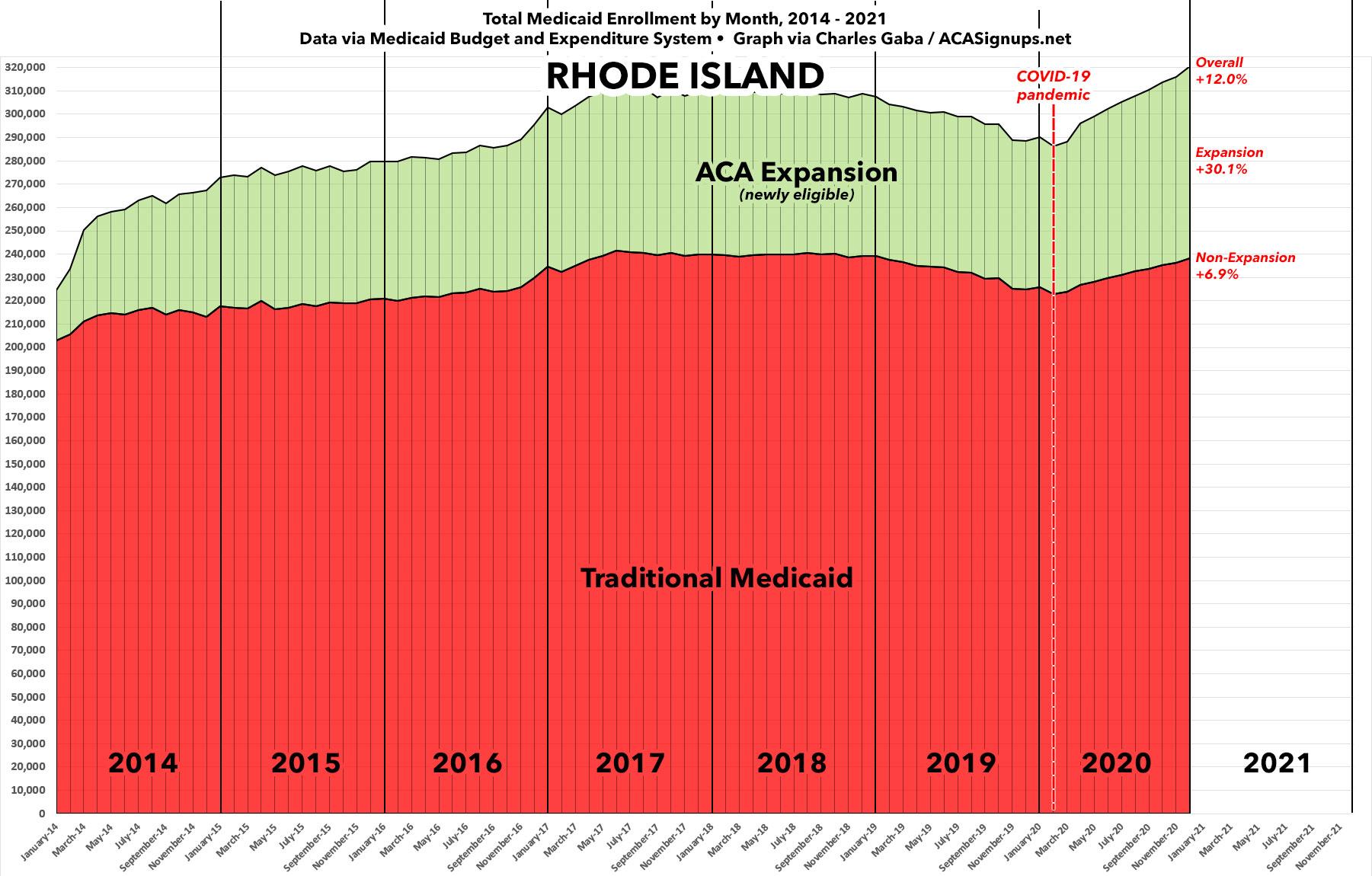