Two weeks ago, I posted a semi-final state-by-state 2019 Open Enrollment Period breakout which had the total at 11,430,438 QHP selections nationally.

At the time, I projected:

I still expect the final national QHP selection tally to increase by around 35,000 more when the dust settles, including perhaps 1,000 more from DC, 5K - 10K more from New York and around 28,000 from Vermont (which hasn't reported anything so far this Open Enrollment Period). If so, the official total should end up around 11.47 million nationally, with the 12 State-Based exchanges coming in around 1.6% higher than last year (an all-time high for them collectively) vs. the 39 states on the federal exchange, which dropped another 3.8% this year. Nationally, the official total should end up around 280,000 enrollees short of last year.

Since then I've plugged in the final numbers from New York (which indeed added around 6,700 more enrollees), the District of Columbia (which added over 3,000 more) and, just this morning, Vermont (which only added 25,000 more, with a caveat). Net increase? 34,889 QHP selections.

UPDATE: The final, official CMS enrollment report came out in late April, and there's some minor discrepancies in a few states (especially Minnesota). Nationally, the official total is around 22,000 fewer than I thought. The table below has been updated to reflect this. The state-based exchanges still increased enrollment over last year, but only by 0.9%; nationally, enrollment dropped by 306,000 people. 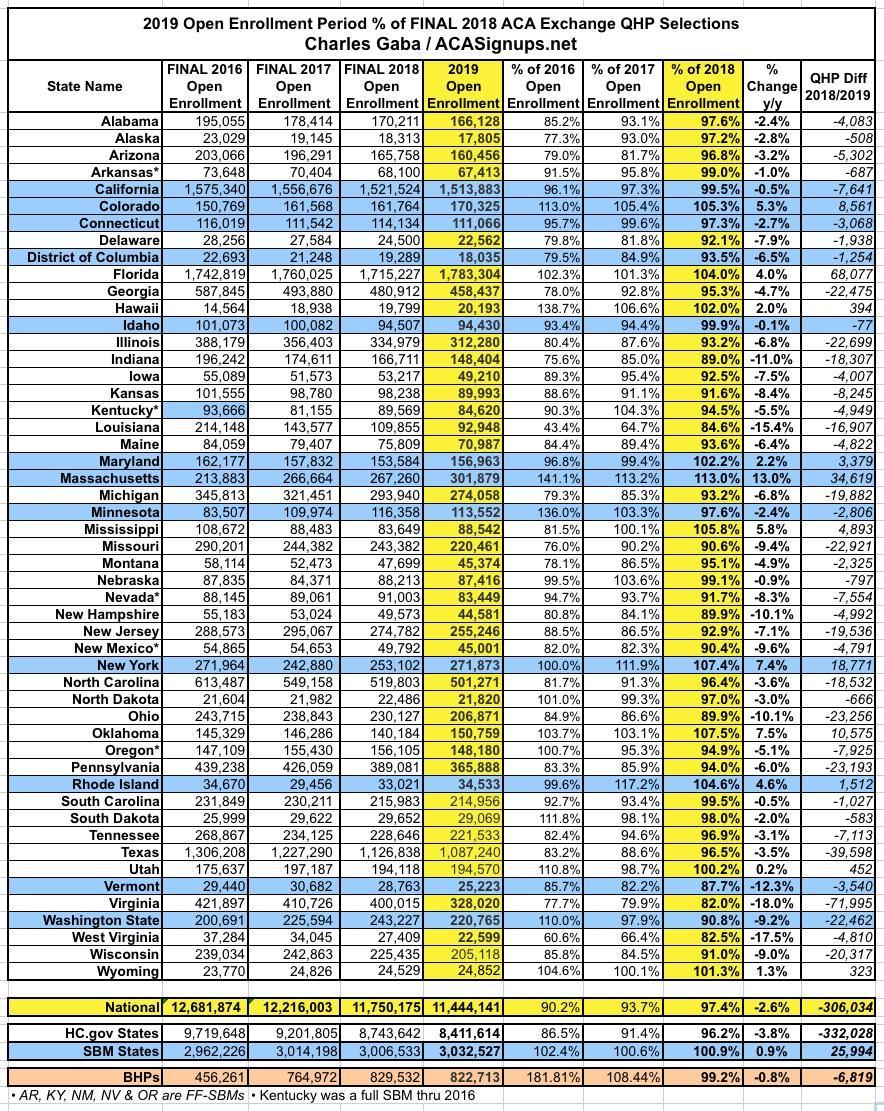 The final takeaways are still pretty much the same: The state-based exchanges outperformed the federal exchange-based states significantly (again). The main exceptions were Vermont (due to a wildly successful #SilverLoading launch) and Washington State (which had the highest rate increases on a percentage basis in the country this year). Fourteen states managed to outperform last year, eight of which were state-based. 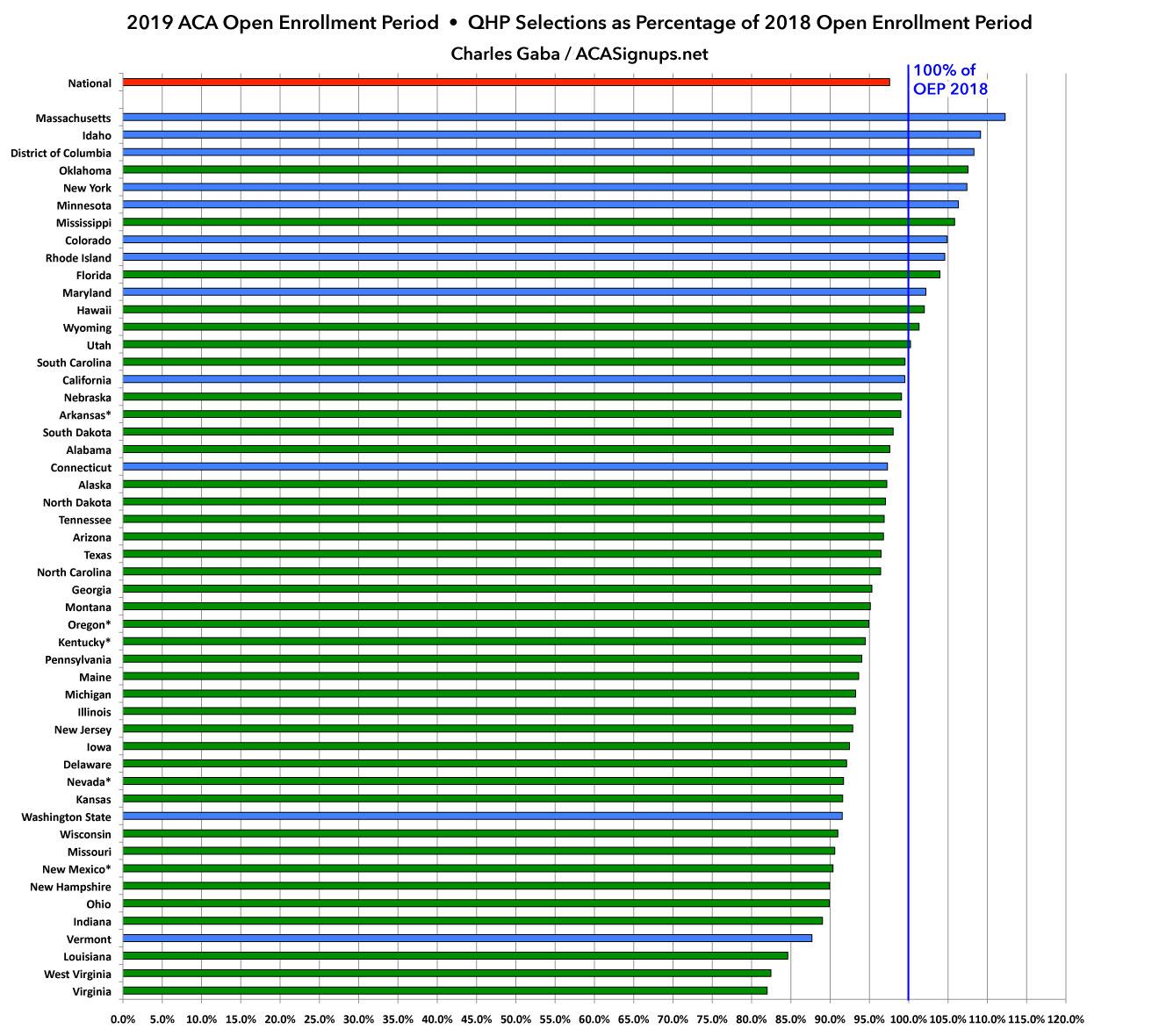 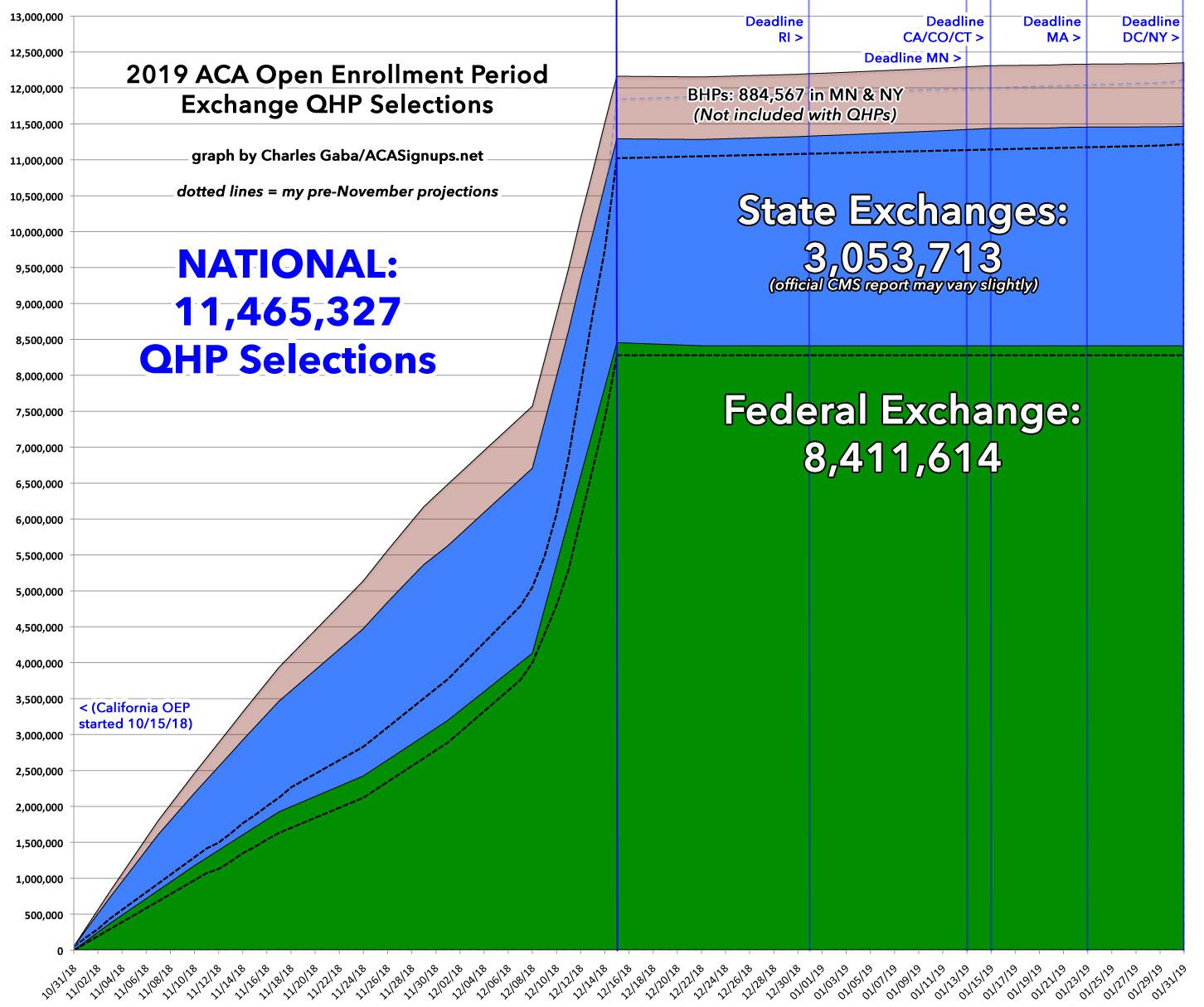 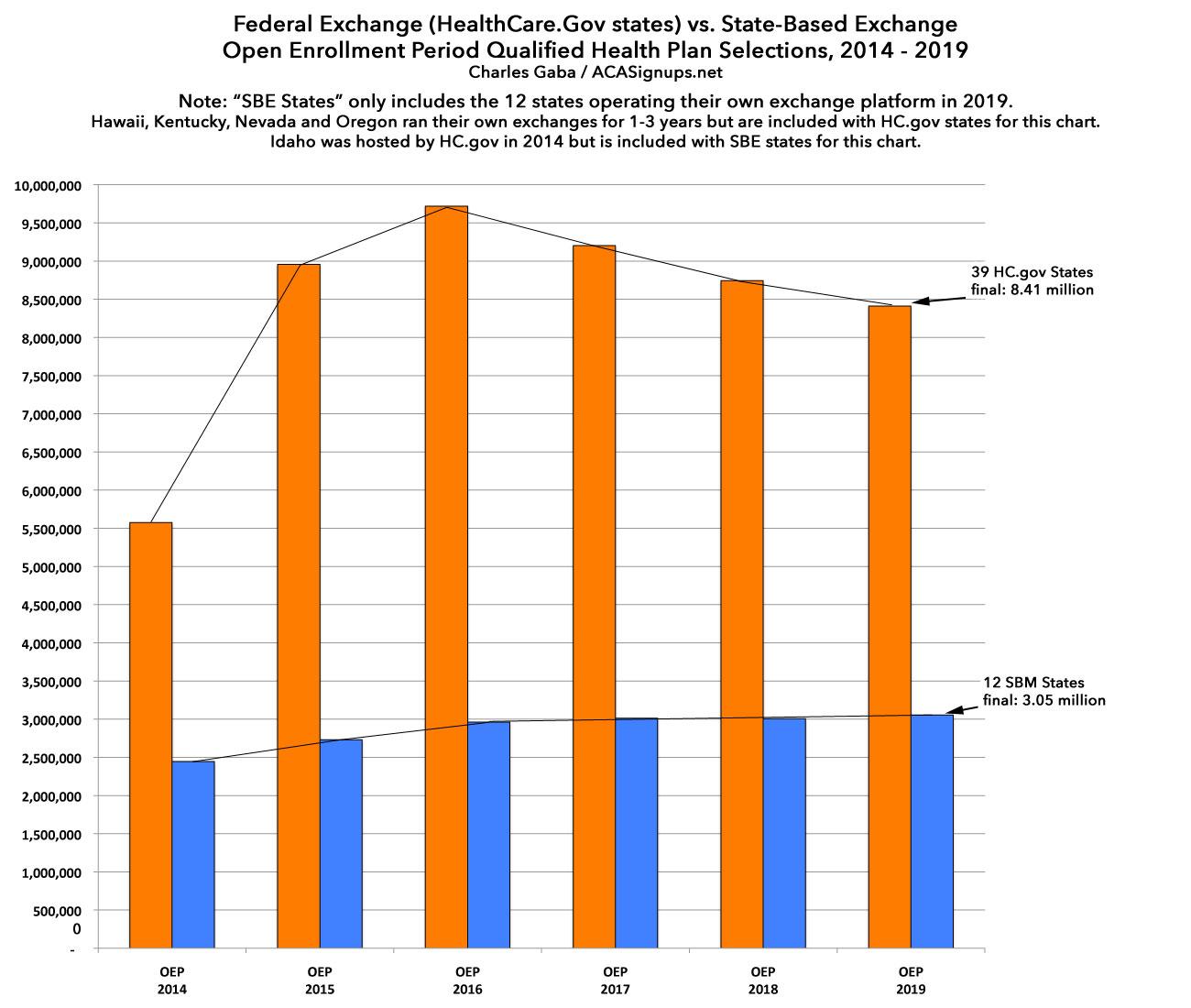