It's time for the Annual Open Enrollment Period Deadline Extensions...

It's turned into an annual tradition: The official annual ACA Open Enrollment Period (OEP) runs from November 1st - December 15th, but most of the state-based ACA exchanges have later deadlines. hThen, right around the 12/15 point, it begins: One by one, some of the state-based exchanges announce further extensions of their deadlines to #GetCovered for the upcoming year.

In some cases they simply bump out the deadline for coverage starting in January, with the final "hard" deadline for February or March coverage staying where it is. In other cases they were never allowing Open Enrollment start dates past January to begin with, so it's the hard deadline which is being extended.

In any event, here's this year's batch of announcements; note that this list could grow longer over the next week or two:

Note that these changes are in addition to the original extended deadlines for many of the state-based exchanges. Here's a summary of the deadlines for every state as of this writing (I'll update the table if anything else changes): 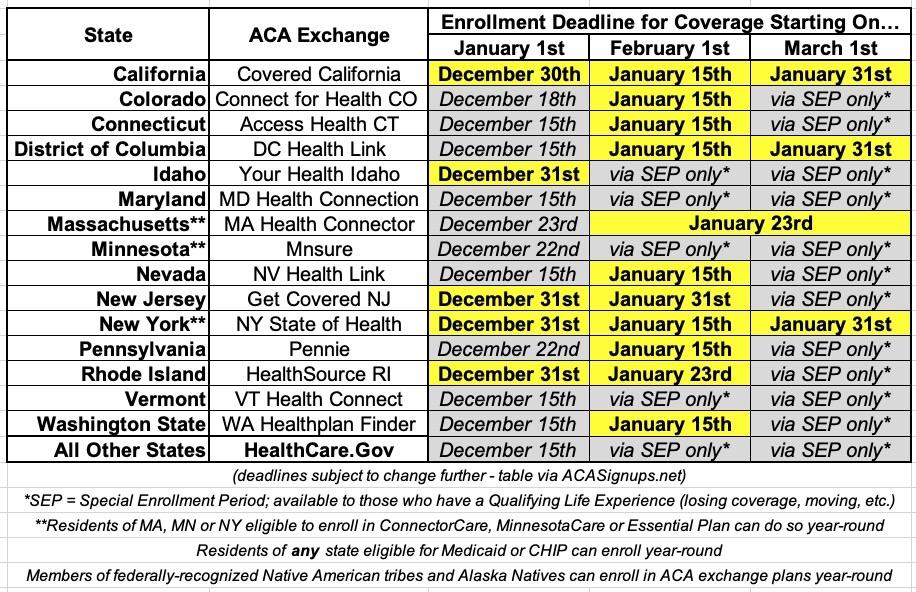