In any event, with these three reports in, the grand total is extremely close to where I thought it would be: 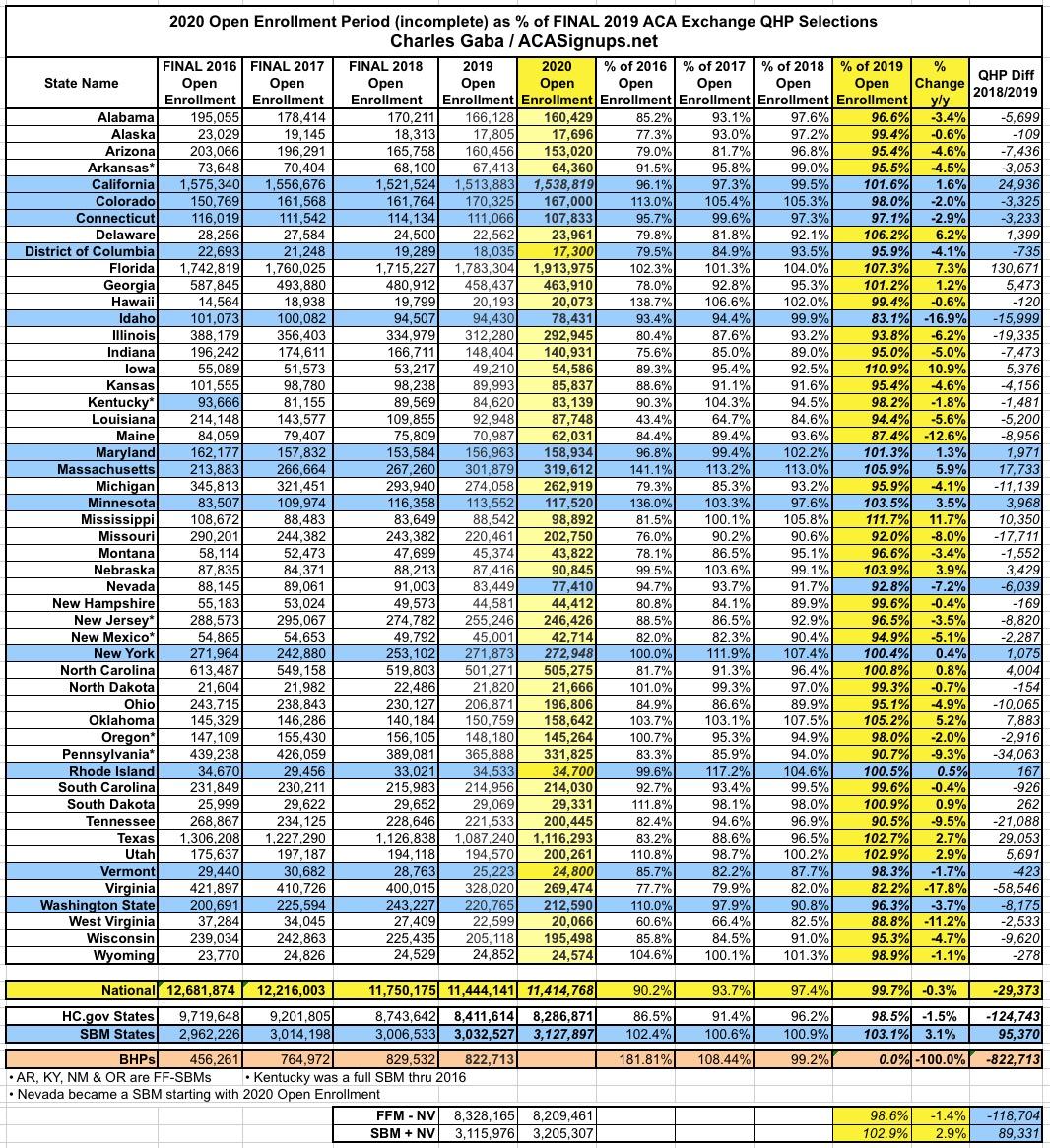 Assuming the official numbers from DC, RI & VT are close to my estimates, the final grand total should be right around 11,415,000, or around 0.26% short of 2019, slightly less than the 0.3% shortfall I had previously projected.

Officially, the Federal exchange is down 1.5% and the State-based exchanges are up 3.1% year over year, but those need to be adjusted for the fact that Nevada split off of HC.gov this year onto their own exchange. When you do that, the FFM is down 1.4% and the SBMs are up 2.9%. 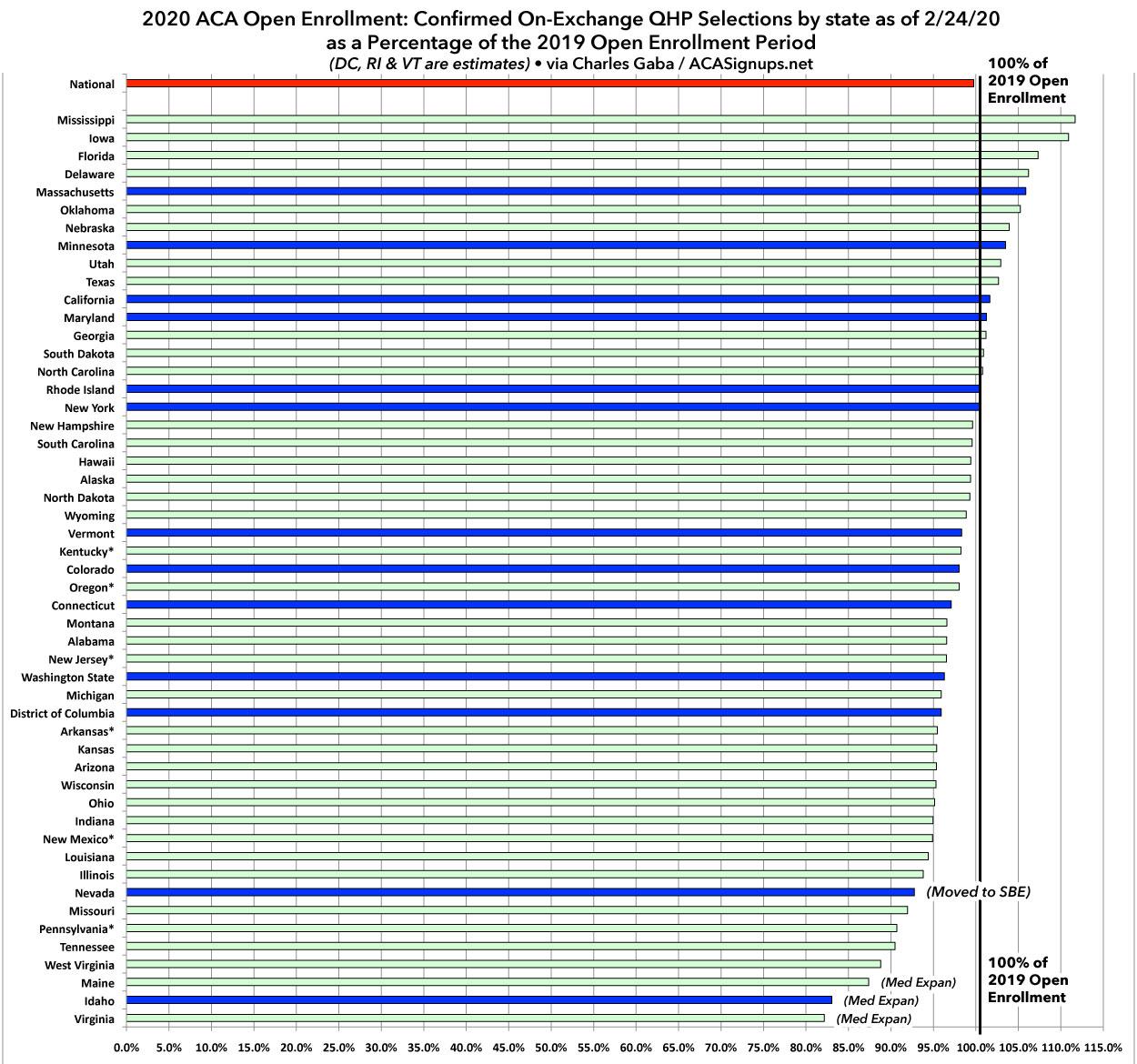 One important factor to consider this year is that both Idaho and Maine expanded Medicaid, along with carryover for Virginia's expansion from last year (Medicaid expansion enrollment transitions take 2 years to be fully reflected). If you assume that 2/3 of the year over year shortfall in each of these states is due to enrollees earing 100-138% FPL being shifted over to Medicaid, that's around 35,000 people on HC.gov states and perhaps 10,000 in SBM states. In other words, if these states hadn't expanded Medicaid, total enrollment nationally would be up year over year.

However, none of the official CMS reports have ever "accounted" for other states expanding Medicaid post-2014 like Pennsylvania, Louisiana, Montana etc, so this is just something to keep in the back of your head.