It's That Time Again! Here's 13 important things to remember before you #GetCovered for 2023! 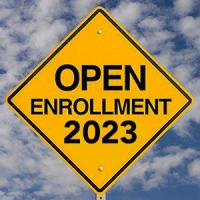 Tuesday, November 1st is the start of the official 2023 #ACA Open Enrollment Period (OEP) for anyone who needs quality, affordable healthcare coverage.

The 2023 OEP is the best ever for the ACA for several reasons:

There's also expanded carrier & plan offerings in many states/counties, and as always, millions of people will be eligible for zero premium comprehensive major medical policies.

If you've never enrolled in an ACA healthcare policy before, or if you looked into it a few years back but weren't impressed, please give it another shot now. Thanks to these major improvements it's a whole different ballgame.

Here's thirteen important things to know when you #GetCovered for 2023:

How much does the #IRA lower YOUR health insurance premiums? A case study in Virginia. 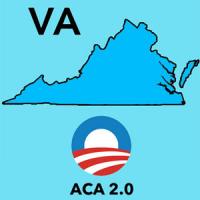 Back in 2019, long before the American Rescue Plan passed, I embarked on an ambitious project. I wanted to see what the real-world effects would be of passing a piece of legislation which would eliminate the Affordable Care Act's so-called "Subsidy Cliff" while also strengthening the subsidy formula for those who qualified. Call it "ACA 2.0" for short, if you will (that's what I do, anyway).

This legislation has been around in near-identical form under one official title or another for years, usually bundled within a larger healthcare package. In 2018 it was called the "Undo Sabotage & Expand Affordability of Health Insurance Act of 2018" (or "USEAHIA" which is about as awkward a title as I can imagine.

In 2019 it was rebranded as the "Protecting Pre-Existing Conditions and Making Healthcare More Affordable Act" or "PPECMHMAA," which somehow managed to be even more awkward. 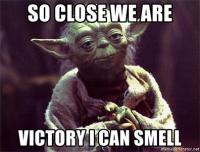 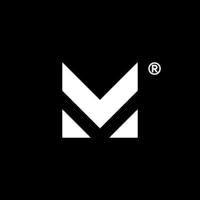 As depressing as it may be to see President Biden's original $3.5 trillion American Families Plan (that was the actual name of the "soft" infrastructure portion of the Build Back Better agenda; since then the "hard" infrastructure portion which passed has been rebranded as the "Bipartisan Infrastructure Bill" while the American Families Plan was rebranded as...Build Back Better) get whittled down to less than $300 billion, the good news (such as it is) is that it looks like at least that much is finally going to happen...probably:

via NY State of Health:

ALBANY, N.Y. (July 11, 2022) – NY State of Health, the state’s official health plan Marketplace, today released Health Insurance Coverage Update: Impact of ARPA Subsidies. The enrollment report, which compares data from March 2020 to May 2022, describes how millions of New Yorkers have benefitted from access to affordable, comprehensive coverage through the Marketplace thanks to flexibilities permitted during the Federal COVID-19 Public Health Emergency (PHE) and ARPA premium subsidies. Currently, federal enhanced subsidies do not extend into 2023 and New York’s uninsured rate is expected to rise, reversing the progress in insurance coverage made since the start of the pandemic. 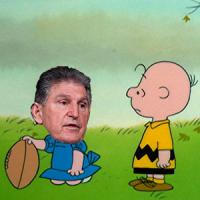 Statement by President Biden on the final sliver of Build Back Better which Sen. Joe Manchin is (supposedly) going to allow the honor of his vote:

Action on climate change and clean energy remains more urgent than ever.

So let me be clear: If the Senate will not move to tackle the climate crisis and strengthen our domestic clean energy industry, I will take strong executive action to meet this moment. My actions will create jobs, improve our energy security, bolster domestic manufacturing and supply chains, protect us from oil and gas price hikes in the future, and address climate change. I will not back down: The opportunity to create jobs and build a clean energy future is too important to relent.

Manchin Van Pelt yanks (most of) the football away...again (updated) 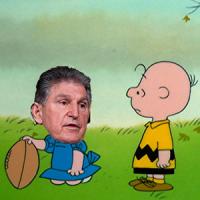 WASHINGTON — Sen. Joe Manchin, D-W.Va., and his staff told Democratic leadership on Thursday that he's not willing to support major climate and tax provisions in a sweeping Biden agenda bill, according to a Democrat briefed on the conversations.

Instead, Manchin, a key centrist who holds the swing vote in the 50-50 Senate, said he is willing to back only a filibuster-proof economic bill with drug pricing and a two-year extension of funding under the Affordable Care Act, the source said.