This is great news, and there's also a small but important wording choice which should be noted:

The Centers for Medicare & Medicaid Services (CMS) committed a record $49.4 million to fund organizations that can connect more eligible children, parents, and pregnant individuals to health care coverage through Medicaid and the Children’s Health Insurance Program (CHIP). Awardees—including state/local governments, tribal organizations, federal health safety net organizations, non-profits, schools, and others—will receive up to $1.5 million each for a three-year period to reduce the number of uninsured children by advancing Medicaid/CHIP enrollment and retention.

I wrote up an analysis of Michigan's preliminary 2022 rate filings for the individual & small group markets back in August.

A week or so ago the Michigan Dept. of Insurance & Financial Services issued their final decisions on approved rate filings.

As I noted in August, the other noteworthy changes are:

Have Dems finally cracked the Medicaid Gap code with a two-phase process?

From about six weeks ago:

KFF estimate that as of today, nearly 2.2 million Americans currently fall into the "Medicaid Gap" in the 12 states which haven't expanded Medicaid under the Affordable Care Act yet...

They also estimate that another 1.8 million uninsured Americans who are eligible for subsidized ACA exchange plans who would be eligible for Medicaid instead if those state actually did expand Medicaid (and perhaps another 100K in Missouri). That's nearly 4.0 million total...

So, how to crack this nut in these holdout states, all of which are either completely or partially controlled by Republicans who have adamantly refused to expand the program no matter what all these years?

Today, the US Department of Health and Human Services (HHS), through the Centers for Medicare & Medicaid Services (CMS) issued an informational bulletin to states’ Medicaid and Children’s Health Insurance Program (CHIP) agencies reaffirming that the 2019 Public Charge Final Rule – “Inadmissibility on Public Charge Grounds” – is no longer in effect and states should encourage their eligible immigrant populations to access public benefits related to health and housing. 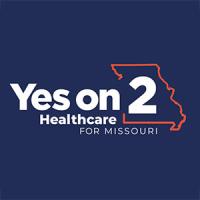 Missouri just voted #YesOn2 to expand Medicaid, and now, because of YOUR vote, over 230,000 hardworking people will have access to life-saving healthcare! pic.twitter.com/azHN0GJjEW

As I (and others) have written many times, closing the so-called "Medicaid Gap" is one of the trickiest challenges President Biden and Congressional Democrats face when it comes to strengthening and improving the Affordable Care Act.

Once again: Under the ACA, all Americans earning up to 138% of the Federal Poverty Level (FPL)... roughly $17,700/year for a single adult or around $36,500 for a family of four...were supposed to be eligible to join Medicaid regardless of their health status, whether they had kids and so forth.

This was supposed to be the case in all 50 states and the District of Columbia (I'm not sure about Puerto Rico or the other U.S. territories...many ACA provisions never applied to them in the first place).

Unfortunately, one of the major consequences of the NFIB vs. Sebelius Supreme Court Case in 2012 was that expansion of the Medicaid program has to be voluntary on the part of each state. 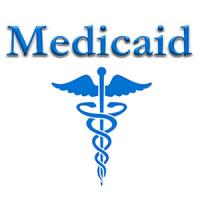 Here's the official press release from the Centers for Medicare & Medicaid Services (CMS):

Oklahoma's Medicaid Expansion will Provide Access to Coverage for 190,000 Oklahomans

The Centers for Medicare & Medicaid Services (CMS) announced today that approximately 190,000 individuals between the ages of 19-64 in Oklahoma are now eligible for health coverage, thanks to Medicaid expansion made possible by the Affordable Care Act (ACA).  On June 1, 2021, the state began accepting applications, and to date, over 120,000 people have applied for and were determined eligible to receive coverage.  On July 1, these individuals will receive full Medicaid benefits, including access to primary and preventive care, emergency, substance abuse, and prescription drug benefits. Thanks to the American Rescue Plan (ARP), Oklahoma is eligible to receive additional federal funding for their Medicaid program, estimated to be nearly $500 million over two years. It is estimated that an additional 70,000 people in Oklahoma who have not yet applied are now eligible for coverage under Medicaid. 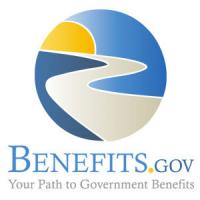 I received the following email:

Our son's GF moved here (Seattle) last summer from Florida. She was a few months after returning from a teaching gig in Korea (where they met), and unemployed. In FL she wasn't eligible for Medicaid, but a couple weeks after she got here I realized she would in WA.

So she signed up and it's been great, b/c in fact she did need quite a bit of overdue health services.

Now they are moving to Oregon next month and I told her, "so you're going to sign up there, right?". She tells me, "I'm not eligible there".

She shows me the Federal Benefits.gov site, and it lists for Oregon the Florida-like limitations: you have to be a parent or pregnant or disabled, etc.

I go, "that's strange..." and look up the California eligibility. Same story.

I look up WA's own eligibility according to benefits.gov - same story!!! Supposedly she's not eligible for the very same coverage she's actually enjoying right now with full approval.