OK, you can scratch Kentucky off the list; this leaves just 2 states left (Connecticut and Idaho) which haven't provided enrollment data thorugh the official 2/15 deadline:

Kentucky: And there you have it...every exchange has now announced #ACAOvertime

Open enrollment with kynect ended this past weekend on February 15, 2015. If Kentuckians make a good faith effort to complete their enrollments with kynect prior to the February 15, 2015 deadline but were unable to do so due to technical difficulties with the application process or problems reaching the call center, we will work with applicants to secure that coverage through February 28, 2015.

Please contact the call center at 1-855-4kynect and ask to be transferred to the Kentucky Health Benefit Exchange (KHBE) Tier II staff for assistance with these applications.

Kentucky was the last state to announce some sort of of "In Line by Midnight"/Overtime extension period.

I actually wasn't expecting any further enrollment updates today, but Kentucky has slipped in one more before the final weekend:

To date 150,665 Kentuckians have enrolled in healthcare coverage through #kynect for 2015. Open enrollment ends Feb. 15 at midnight. #ACA

Here's how KY has ramped up in recent weeks:

That's 217/day on the private side, during a the slow patch. In order to reach the HHS target of 107K QHP selections, they'll have to average 1,100 per day. With the expected deadline surge, this will be tough but doable. Reaching my KY target of 130K, on the other hand, would need 3,400/day, which doesn't seem to be in the cards.

Hot off the presses...

In the last week alone, #kynect has newly enrolled 3,141 individuals in one of the qualified health plans offered through the KY exchange.

Two months of open enrollment down & more than 125,000 Kentuckians have newly enrolled 4 health coverage or renewed their plans thru #kynect

Kentucky just updated their enrollment stats page for the first time since 12/16:

Wow! This was unexpected; while several other states have provided enrollment updates today, and some have broken out (or at least included) both new enrollments as well as manual renewals/re-enrollments, Kentucky is the first one to include automatic renewals as well!

Meanwhile, they've also added an additional 10,017 people to Medicaid. They don't specify whether all of those are brand new (the vast majority of KY's Medicaid-eligible folks should already be enrolled by now) or if some of them are renewals by existing enrollees, however:

OK, they aren't separating out new QHP enrollments from renewals, but whatever; the numbers are very good either way:

4,107 individuals have newly enrolled or renewed their enrollment in a qualified health plan.

735 individuals have enrolled in Medicaid

First, that QHP number is excellent.

As for the Medicaid number, it looks rather low. On the other hand, KY has probably already enrolled just about everyone in the state who qualifies for the ACA expansion program, so perhaps not...there may just not be that many more to add at this point!

On the other hand, according to their Twitter feed....

OK, here we go...thanks to Bob Herman for helping me break out the "2,200 enrolled" figure from his article at Modern Healthcare by providing a link to the KY government press release: 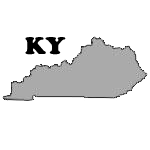 More state exchange numbers are starting to trickle in...

The state Cabinet for Health and Human Services said in a release that as of 4 p.m. Saturday, there had been 6,200 unique visitors to the Kynect Web site; 2,415 calls handled by the Kynect contact center; 504 applications submitted; and 368 individuals who had newly enrolled in a qualified health plan.

In addition, 70 visitors to the Kynect store at Fayette Mall in Lexington had completed 33 applications for new coverage.

The "newly enrolled" is important as well, to distinguish it from current enrollees renewing their policies. Hopefully all of the exchanges will be sure to clarify this, but...

Yesterday I posted a whole slew of state-level QHP attrition rates, comparing the number of people currently enrolled in private exchange-based healthcare policies against the official number from back in April.

The numbers ranged from as poor as Florida losing 12% of their enrollments in just 2 months to as well as Maryland and Oregon seeing a 30%+ net increase in enrollees over the past 6 months.

Today I can add Kentucky to the latter list. She couldn't provide an exact current count, but according to the woman I spoke with at the kynect exchange (that's "Obamacare", Mitch!), the number of Kentuckians currently enrolled in private policies via kynect is "right around the same number it was at last spring, between 80-85 thousand".

Kentucky: Mea Culpa: Turns out I had Mitch McConnell all wrong!

For five months now, I've been trying to unscramble Kentucky Senate Republican Minority Leader Mitch McConnell's word salad about what his post-Obamacare-repeal intentions are for the people of Kentucky.

The Human Face of Healthcare Reform (exclusive for HealthInsurance.Org)

Last week I announced that I've started writing occasional pieces for HealthInsurance.org. Today they've published my 2nd entry, which is all about Kentucky, Mitch McConnell and the real-world impact on hundreds of thousands of people that repealing the ACA would have.

UPDATE: In my story, I noted that the Federal Government is picking up 100% of the tab for the expanded Medicaid enrollees for the first 3 years, and then thought that it dropped down to 90% for another 6 years, and then to the normal fed/state split after that (70/30 in the case of Kentucky).

Thanks to David M. for bringing to my attention this correction: The expansion program is an even better deal for the states than I thought, because apparently the Federal share only drops to 90% permanently (well, unless a future Congress messes around with that provision of the ACA, of course).