Kentucky: Here's the ~487,000 residents who could lose coverage, by county

In Kentucky, assuming 80,000 people enroll in private exchange policies by the end of January, I estimate around 43,000 of them would be forced off of their private policy upon an immediate-effect full ACA repeal, plus another 443,000 enrolled in the ACA Medicaid expansion program, for a total of 487,000 residents kicked to the curb. 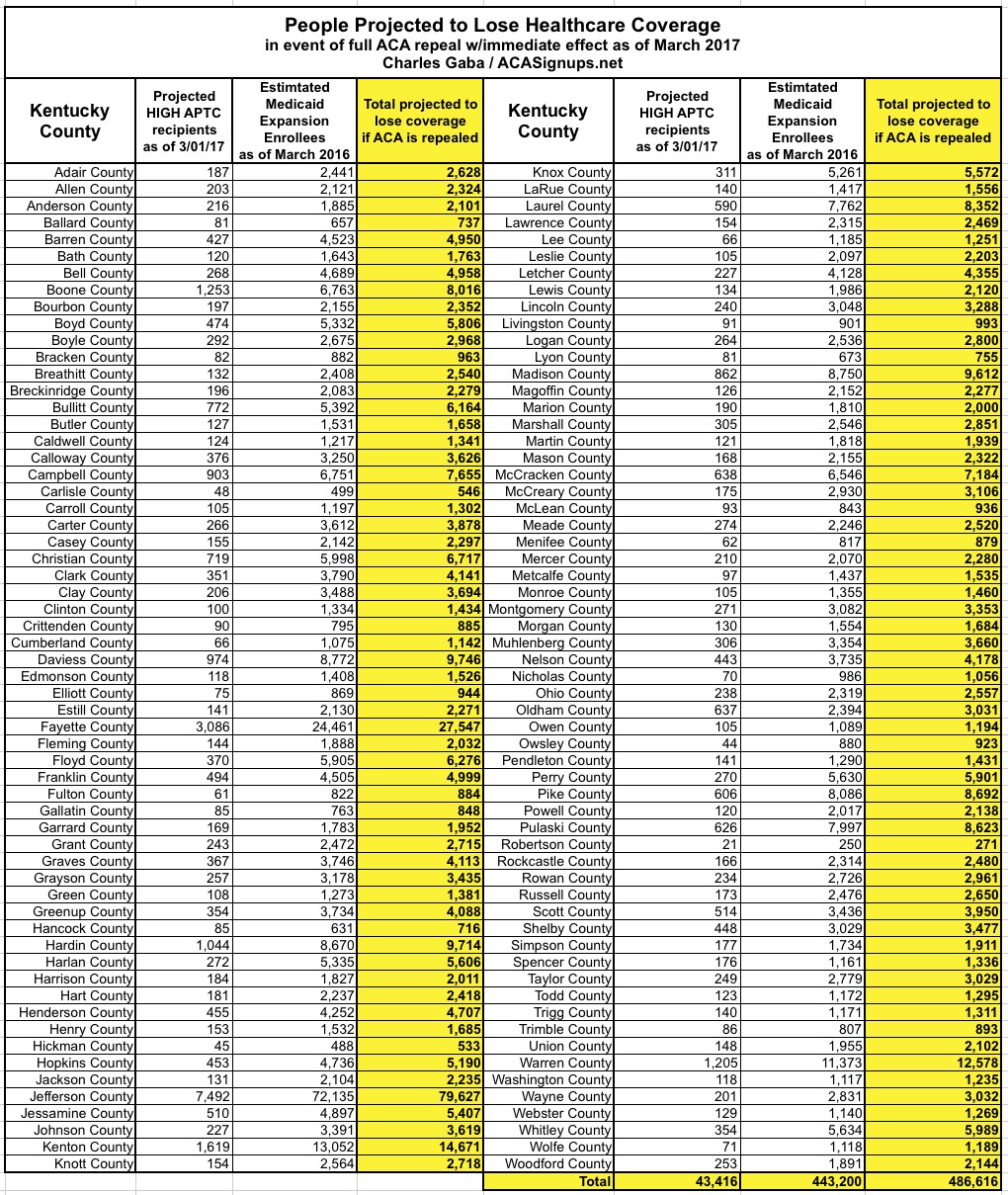