Alaska is also a sparsely populated state with only two carriers on their individual market and four on their small group market. Alaska's insurance department website is useless when it comes to getting rate filings or enrollment data; I had to use the federal Rate Review site to even get the requested rate changes.

Fortunately, Premera Blue Cross includes a summary which lists their enrollment numbers, and with Moda being the only other carrier on the market, I was able to estimate a weighted average (assuming Moda only has around 2,200 enrollees, which seems about right given Alaska's total on-exchange enrollment of roughly 23,000 people).

Average rate change for unsubsidized enrollees in 2022 will be an ugly 18.7% on the individual market...underscoring how vitally important it is that the American Rescue Plan subsidies be extended (preferably permanently).

On the small group market, the unweighted average increase is 4.8%.

Like Wyoming, Alaska is also a sparsely populated state with only two carriers on their individual market and three (possibly four?) on their small group market. Also like Wyoming, Alaska's insurance department website is useless when it comes to getting rate filings or enrollment data; I had to use the federal Rate Review site to even get the requested rate changes.

Fortunately, Premera Blue Cross includes a summary which lists their enrollment numbers, and with Moda being the only other carrier on the market, I was able to estimate a weighted average (assuming Moda only has around 2,000 enrollees, which seems about right given Alaska's total on-exchange enrollment of roughly 18,000 people).

On the small group market, only three carriers are listed in the federal database; Premera Blue Cross isn't, which either means they're pulling out of the state's small biz market or they just haven't been added to the database yet.

Average rate change for unsubsidized enrollees in 2022 will be 10.6% on the individual market...except that almost every enrollee will qualify for financial subsidies this year. On the small group market, the unweighted average increase is 6.4%.

IMPORTANT UPDATE: It turns out I had Alaska's "boroughs" and "census areas" (not counties) completely botched in several ways. On top of having some names/populations wrong, it also turns out that one of the "census areas" doesn't even exist anymore...it was abolished and split into two new census areas.

The entire post and graphs below have been updated/corrected to reflect this.

UPDATE 6/03/21: I've updated the graphs and table below and am not using fully-vaccinated residents only in order to make Alaska consistent with every other state.

It's also worth noting that the CDC says around 2.9% of all fully vaccinated AK residents (7,900 people) have an unknown home borough/area. 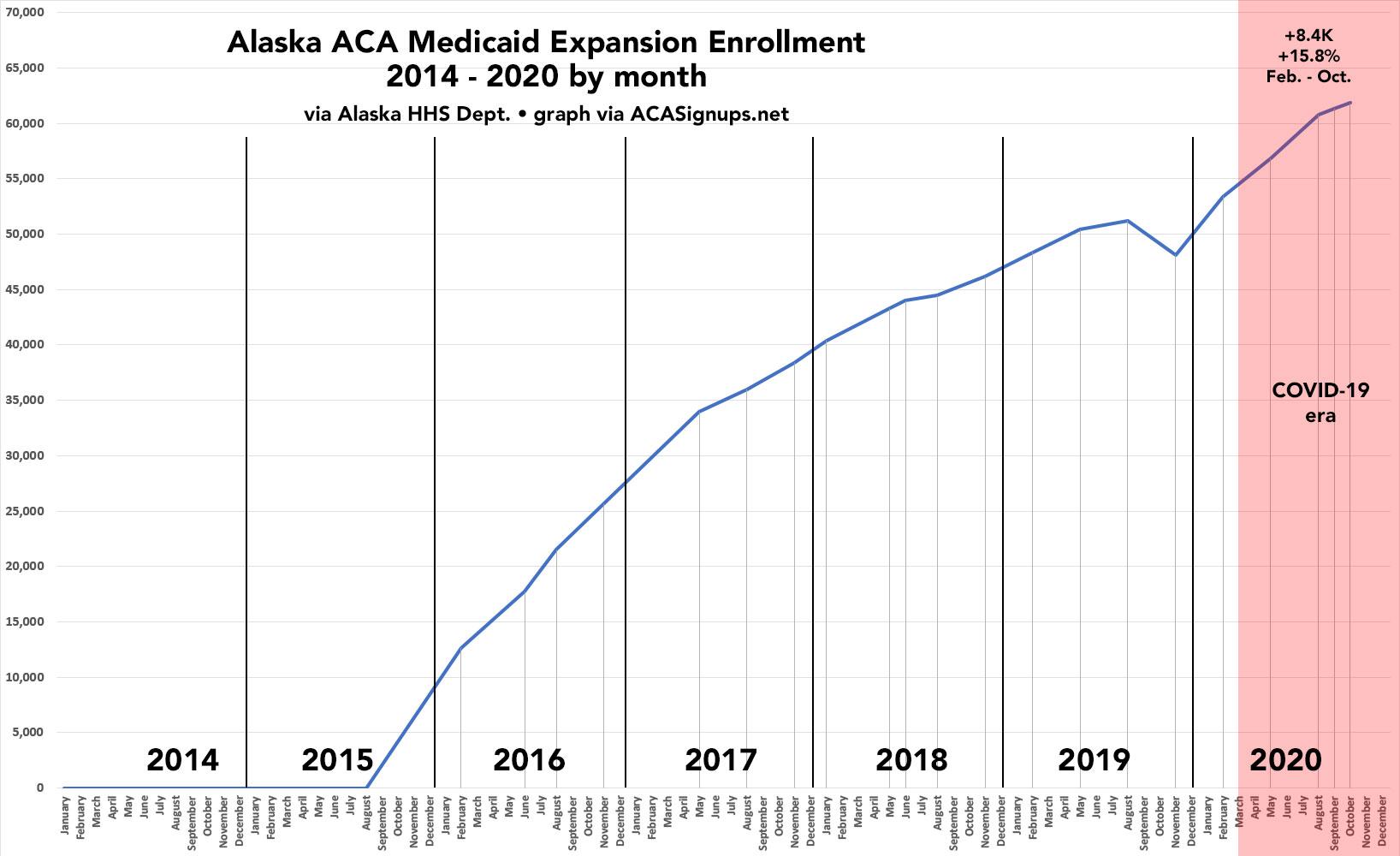 Unfortunately, Alaska's 2021 rate filings aren't available via the state insurance department website or the SERFF database, and the actuarial memos posted to the federal Rate Review database are heavily redacted, so I can't run a weighted average rate change for either the individual or small group market.

The unweighted average changes, however, are a 2.0% reduction on the indy market and a 1.9% reduction for small group plans.

When I ran the preliminary 2020 rate changes for unsubsidized ACA policies in Alaska back in August, it was pretty easy to do...there's only a single carrier offering ACA-compliant individual market policies for 2019, which means no weighting is required. Furthermore, Premera Blue Cross Blue Shield is basically keeping their rates flat for 2020 anyway.

Moda is re-entering the market for 2020, but there's no "rate change" for them since there's no base premiums to measure against year over year.

Anyway, CMS just posted the final, approved rate changes, and Premera's number is ever so slightly higher than it was: They went from a 0.05% reduction to...a 0.03% reduction.