It's been nearly a month since I posted my final estimate of the official national and state-level tally for the 2021 Open Enrollment Period (OEP). At the time, I pegged the final total at just barely over 12.0 million QHP selections nationally...the first time an ACA OEP had hit that threshold since the end of the Obama Administration (this seems fitting for obvious reasons).

Earlier today, the Centers for Medicare & Medicaid (CMS) issued the official 2021 OEP report, as well as the accompanying Public Use Files (PUFs) which break the data out in all sorts of ways. Let's dig in!

A couple of weeks ago, I used the COVID Special Enrollment Period (SEP) data I had for HealthCare.Gov through the end of March, combined with limited SEP data from some state-based ACA exchanges, to extrapolate out a rough estimate of how many new Qualified Health Plan (QHP) selections may have happened since the new "Spring 2021 Special Enrollment Period" was launched on February 15th, 2021.

At the time, I estimated that perhaps 15,800 people per day on average had newly enrolled in ACA exchange policies as of the end of March, or roughly 710,000 nationally. This included the 528,000 confirmed enrollees via HealthCare.Gov, plus another 183,000 or so via the 15 state-based exchanges.

A couple of weeks ago, I used the limited COVID Special Enrollment Period (SEP) data I had for HealthCare.Gov from the last two weeks of February, plus some limited SEP data from a handful of state-based ACA exchanges, to extrapolate out a rough estimate of how many new Qualified Health Plan (QHP) selections may have happened nationally.

At the time, I estimated that perhaps 18,500 people were enrolling per day nationally the final two weeks of February, and that IF that pace remained the same throughout the entire month of March, it would amount to upwards of 832,000 new people enrolling by the end of March (666,000 via HealthCare.Gov, plus another 166,000 via the 15 state-based exchanges).

It's important to note that this wasn't a hard estimate--I was pretty sure that the actual enrollment pace would slow down somewhat after the inital surge, at least until expanded subsidies via the American Rescue Plan (ARP) were officially available in most states, which didn't happen until April 1st.

UPDATE 3/16/21: Health Source Rhode Island just released their 2021 OEP report as well; they ended up down around 8% y/y. With that, I now have either the final official enrollment numbers or at least close approximations for all 50 states + DC. The table, graph and text below have been updated accordingly.

With New York State of Health releasing their 2021 Open Enrollment Report data (w/some caveats), I now have official (or semi-official) enrollment data for 49 states and the District of Columbia. The odd man out is Rhode Island...which also happens to be one of the smallest states with the smallest number of ACA enrollments; last year they enrolled around 34,600 people.

At the very worst, the official CMS 2021 OEP report will come in at something like 11.98 million or so.

UPDATE 3/16/21: With Rhode Island added, the semi-official tally comes in at just over 12.0 million (12,005,270 QHP selections total). Again, it could drop slightly below that if my estimates for a handful of states are off, but it should be damned close to it.

Update: Time to check in on how the #COVID SEP is going...

A lot has happened since I last ran some back-of-the-envelope math to get a feel for how many Americans are enrolling in ACA exchange policies durign the 2021 COVID Enrollment Period, which started in most states on February 15th.

At the time, HealthCare.Gov had reported 206,000 Qualified Health Plan (QHP) selections as of February 28th. I also had some partial COVID SEP data from a handful of the state-based ACA exchanges, as of various dates. I had 225,000 QHPs confirmed nationally.

At the time, I concluded that based on the enrollment pace of the first few weeks...

As noted above, Medicaid expansion states have only increased average SEP enrollment by around 2/3 as much as Non-expansion states. Since all 15 state-based exchanges have expanded Medicaid, this suggests that the 206K via HC.gov probably represents more like 80% of the total, meaning perhaps 258,000 nationally (~168,000 more than average).

I just realized that while I've broken out state-level 2021 Open Enrollment data between Medicaid expansion & nonexpansion states, I haven't posted the state-level 2021 vs. 2020 data in a single table yet, so I'm rectifying that today. Note that this still only includes partial data for 5 states (CA, DC, MA, NJ & WA) and no data at all for 3 others (NY, RI, VT).

For that matter, Open Enrollment is still ongoing in either 5 or 6 states (Maryland depends on your POV...they ended OEP in December but re-launched it a few weeks ago in response to the COVID-19 pandemic).

While the data below is incomplete, this seems like a good time to see where things stand given that President Biden is widely expected to announce a re-launch of Open Enrollment tomorrow. 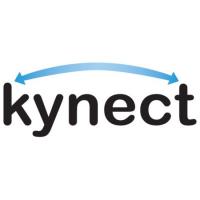 Way back in October 2013, when the first ACA Open Enrollment Period (OEP) launched, there were infamously massive technical problems with the federal exchange (HealthCare.Gov) as well as some of the state-based exchanges (such as those in Massachusetts, Maryland, Oregon, Nevada and Hawaii).

Over the next few years, some of those exchange websites were replaced with brand-new ones (MA & MD). Some of the states scrapped theirs altogether and moved onto the mothership at HC.gov (OR, HI & NV, although Nevada has since split back off onto their own exchange again, and seems to have gotten it right this time).