Utah's preliminary (and possibly final?) 2021 individual and small group market rate filings are listed below. Unless there's a change in the final/approved rates, individual marekt plan premiums will drop slightly by around 1.2% on average next year, while small group plans will increase by around 4.3%.

There are three insurance carriers offering ACA-compliant individual market plans in West Virginia: CareSource, Highmark BCBS and Optum, although Optum has barely any enrollees at all, and the other two combined only total around 21,000 people in the state. The preliminary 2021 rate filings for the WV individual marekt is around a 4.8% average increase.

Not much to this one: Wyoming has just a single carrier selling ACA-compliant individual market policies to their 577,000 residents, Blue Cross Blue Shield...which, after raising rates 1.6% for 2020 is now reducing them by a solid 10% on average for 2021. The ~25,000 enrollment figure is an estimate.

For the small group market there are two carriers: BCBSWY and UnitedHealthcare, asking for an unweighted average rate reduction of 0.2% (I don't have a clue how many enrollees either one has).

Way back in May (a lifetime ago!), the Oregon Insurance Dept. was one of the first states to release their preliminary 2021 ACA premium rate filings for the individual and small group markets.

At the time, the carriers were asking for a weighted average 2.4% increase on the indy market (OR DOI put it at 2.2%) and a 4% increase for small group policies.

They issued some slightly revised rates later on in the summer, and sometime in August I believe they issued the final approved rates...which are just slightly lower on a few carriers.

In the end, 2021 Oregon enrollees are looking at weighted average premium hikes of 2.1% for indy plans and 3.7% for small group policies: 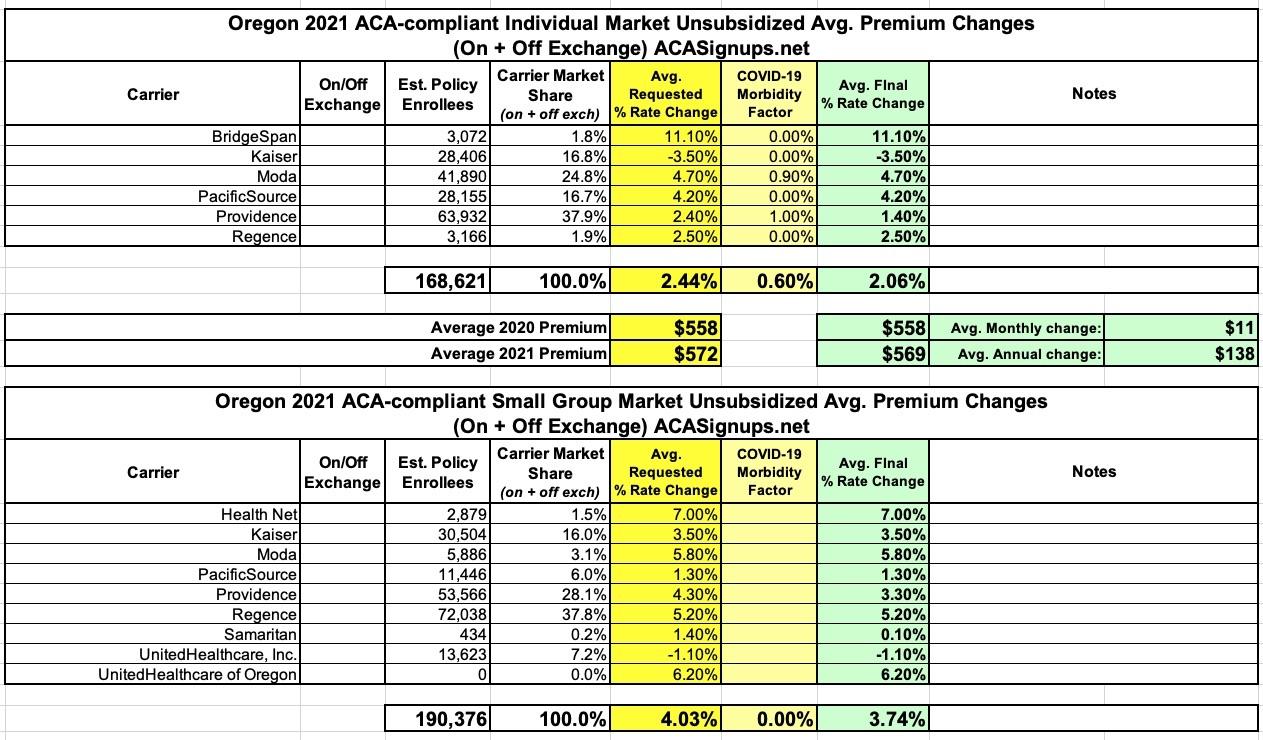 Back in early August, Covered California issued an extensive analysis of their upcoming 2021 individual market offerings, including the preliminary weighted average premium rate changes of just a 0.6% increase. Officially, this was just the average of the preliminary requests; the approved rates were presumably forthcoming at a later date.

Well, the 2021 Open Enrollment Period has technically already started in California...while new enrollees still have to wait until November 1st, current CoveredCA enrollees have apparently been able to re-enroll for 2021 since October 1st! (In previous years, CoveredCA opened up the renewal period starting on Oct. 15th)

Oklahoma Consumers to Have More Health Options for 2021 ACA Plans

In August, the Nevada Insurance Dept. issued their preliminary 2021 rate filings for the individual and small group markets. Unfortunately, while the filing summaries were easy to find, the actual enrollment numbers weren't. As a result, I only had the department's press release to go on for the weighted overall average on the individual market, and I had to go with an unweighted average for the small group market.

Fortunately, now that the NV Insurance Dept. has issued the approved 2021 rates, they've also added more detailed summaries for both markets, meaning I have effectuated enrollments for every carrier. This allows me to run a proper weighted average rate change across both:

More recently, they posted the approved 2021 rate changes, and the individual market hikes have been cut by more than half, to just a 5.0% increas on average.

Small Group plans have also been shaved down slightly, from a 9.7% average increase to 8.8%. 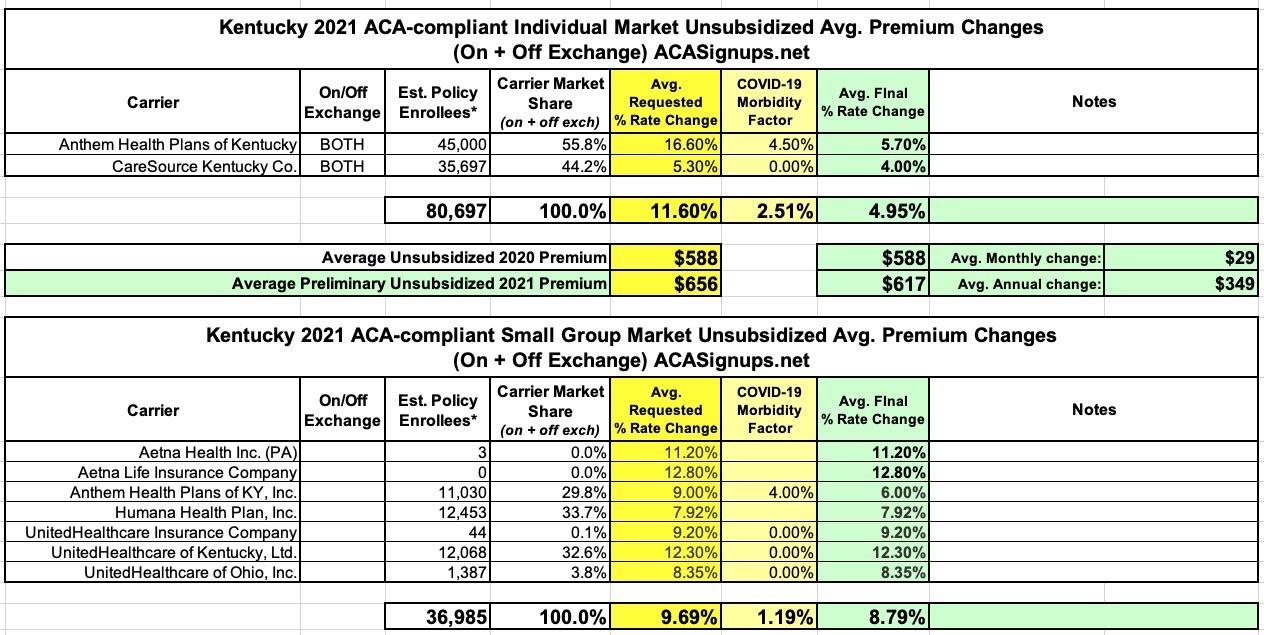