In August, the Nevada Insurance Dept. issued their preliminary 2021 rate filings for the individual and small group markets. Unfortunately, while the filing summaries were easy to find, the actual enrollment numbers weren't. As a result, I only had the department's press release to go on for the weighted overall average on the individual market, and I had to go with an unweighted average for the small group market.

Fortunately, now that the NV Insurance Dept. has issued the approved 2021 rates, they've also added more detailed summaries for both markets, meaning I have effectuated enrollments for every carrier. This allows me to run a proper weighted average rate change across both: 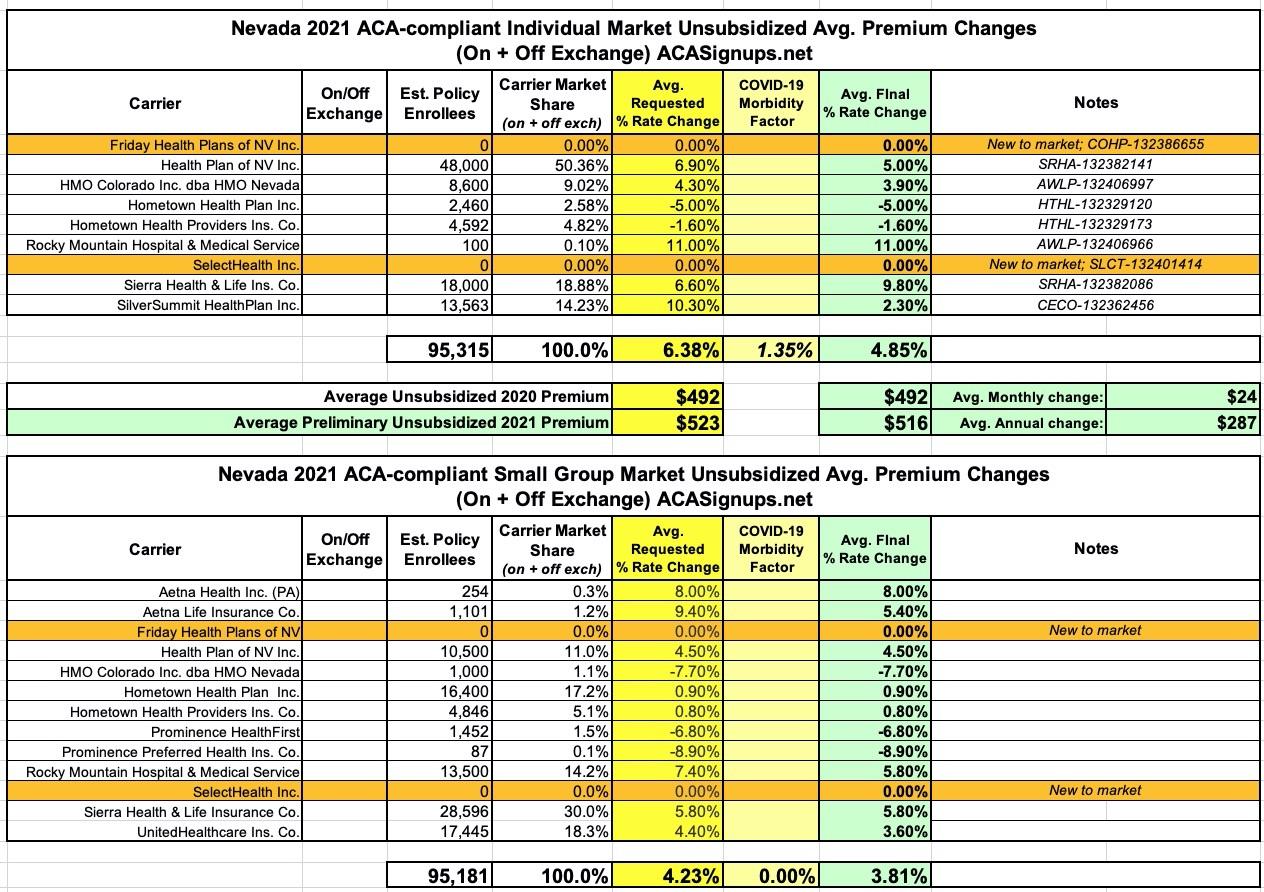