As I noted in July, there appear to be two new entrants to the TX ACA market as well: El Paso First (a division of Sendero, I think) and Friday Health Insurance.

As for the small group market, I couldn't find any actual enrollment data there, so I can only run an unweighted average rate hike, which comes in at 3.9%. 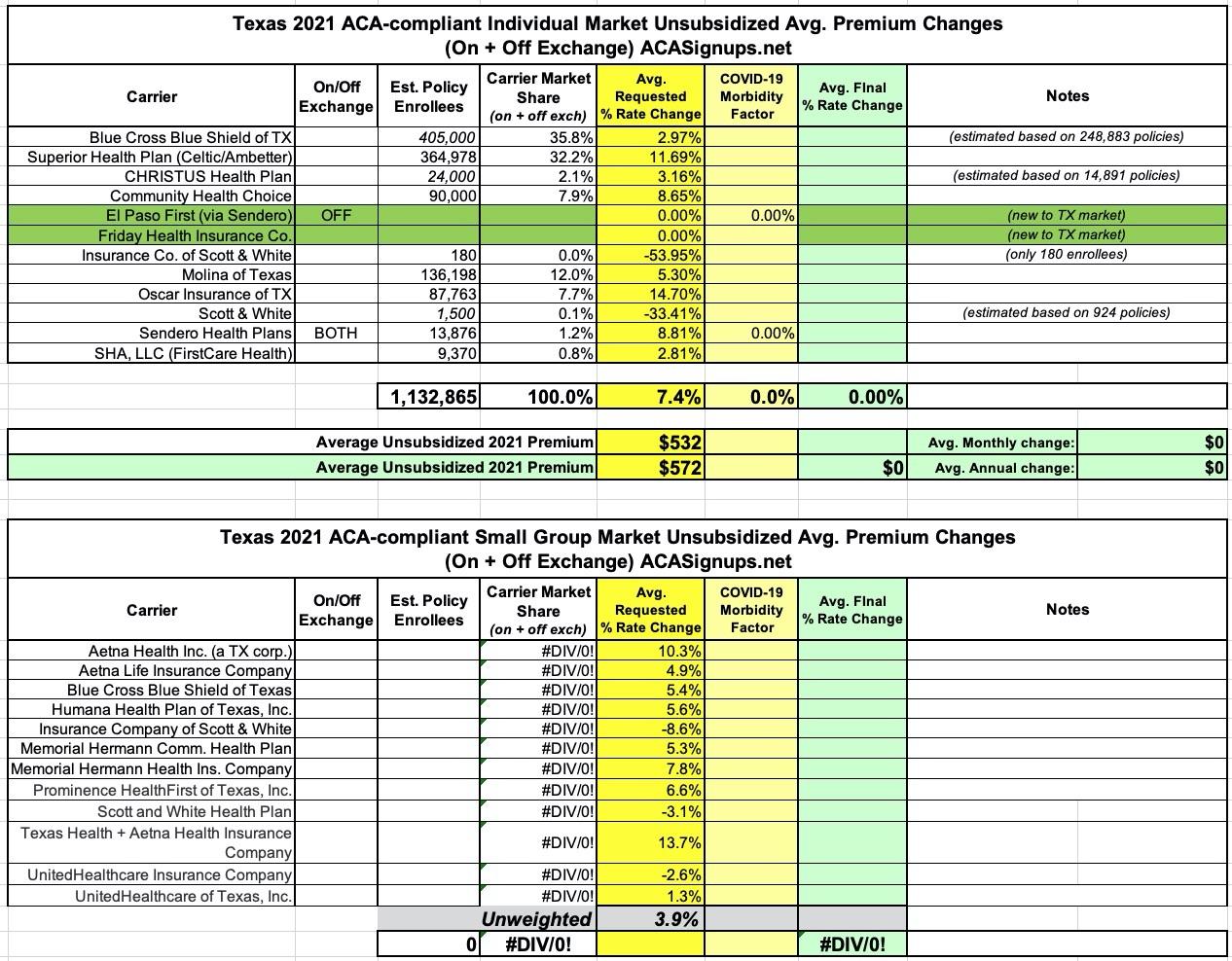