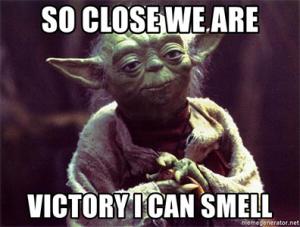 Two big hurdles remained, however: The first is the Senate parliamentarian, who's spending all day today figuring out which elements of the bill can be passed via the "reconciliation" process (ie, with a simple majority) and which have to be scrapped. Hopefully only a few minor items won't make the cut, seeing how it's already down to around 1/3 the size of last fall's BBB bill, which itself was only half the size of the original version.

The second was Sen. Sinema...but yesterday she announced that, after the rest of the Senate Dems agreed to some additional tweaks, she was onboard as well:

"We have agreed to remove the carried interest tax provision, protecting advanced manufacturing, and boost our clean energy economy in the Senate's budget reconciliation legislation. Subject to the Parliamentarian's review, I'll move forward."

If all 50 Senate Democrats vote to advance the measure, the soonest the bill could get a final vote is early next week.

The legislation would allow Medicare to negotiate with the pharmaceutical industry for lower prescription drug prices, a hugely popular policy change that Democrats have sought for years. The bill would invest more than $300 billion in green energy grants and tax incentives, and ultimately save the government hundreds of billions by funding stricter IRS enforcement and imposing a new minimum tax on the most profitable corporations.

Its passage would cap an unusually productive session of Congress and give President Joe Biden a major victory ahead of the November midterm elections.

And, of course, it would also do one other thing: It would extend the American Rescue Plan's ACA subsidies for another three years, through the end of 2025:

(b) EXTENSION THROUGH 2025 OF RULE TO ALLOW CREDIT TO TAXPAYERS WHOSE HOUSEHOLD INCOME EXCEEDS 400 PERCENT OF THE POVERTY LINE.—

(c) EFFECTIVE DATE.—The amendments made by this section shall apply to taxable years beginning after December 31, 2022.

One of the great ironies is that two of Sen. Manchins supposed "deal-breakers" on the ARP subsidies were that they had to be permanent (which I agree with!) and that they had to have more stringent means testing (which I don't)...and in the end, neither is happening as part of the final bill: The subsidy table is exactly what it is under the American Rescue Plan, but will only be bumped out for 3 more years (for now).

Of course, it will still have to have a corresponding vote back over in the House as well (which will apparently happen on August 12th, assuming it gets through the Senate), and there's a handful of centrist Dems there who have indicated that they may have a beef with the lack of SALT changes, but stay tuned...

UPDATE 8/08/22: BOOM! After a marathon 36-hour session (yes, they were at it for more than a full literal day and a half), all 50 Senate Democrats, along w/Vice-President Harris as the tie-breaker, voted to pass the Inflation Reduction Act of 2022 via the Senate reconciliation process.

In the end, the Senate parliamentarian did put the kibosh on one major provision:

The Senate parliamentarian on Saturday dealt a blow to Democrats' plan for curbing drug prices but left the rest of their sprawling economic bill largely intact as party leaders prepared for the first votes on a package containing many of President Joe Biden's top domestic goals.

Elizabeth MacDonough, the chamber's nonpartisan rules arbiter, said lawmakers must remove language imposing hefty penalties on drugmakers that boost their prices beyond inflation in the private insurance market. Those were the bill's chief pricing protections for the roughly 180 million people whose health coverage comes from private insurance, either through work or bought on their own.

Another provision was also weakened: The $35 copay cap on insulin for those with diabetes can only apply to Medicare enrollees, not those on private insurance, although that one was actually killed by the 43 Republican Senators who voted against the amendment (it required 60 votes to pass).

There was also some last-minute drama surrounding Arizona Senator Kyrsten Sinema having a panic attack over private equity firms & hedge funds having to pay at least 15% in taxes, but that was resolved fairly quickly, and the final version of the bill passed the Senate at around 3:19pm Sunday afternoon.

There's still two steps left before it's official: It has to pass the House, which is scheduled to happen this Friday, and then of course it has to be signed into law by President Biden, which I assume will happen in a formal ceremony sometime next week.

The good news is that the handful of House Dems worried about SALT issues I mentioned earlier appear to be onboard with the final bill as passed by the Senate, and the other members of the Democratic coaltion including The Squad/etc appear to be as well, so it should pass the House without any further drama...although you never know for sure, of course.

In any event, while the final version of the bill is much smaller than Build Back Better would have been and leaves a lot of stuff out, this is still a Big F*cking Deal.