(SCROLL DOWN FOR INDIVIDUAL STATE ENTRIES/ANALYSIS) 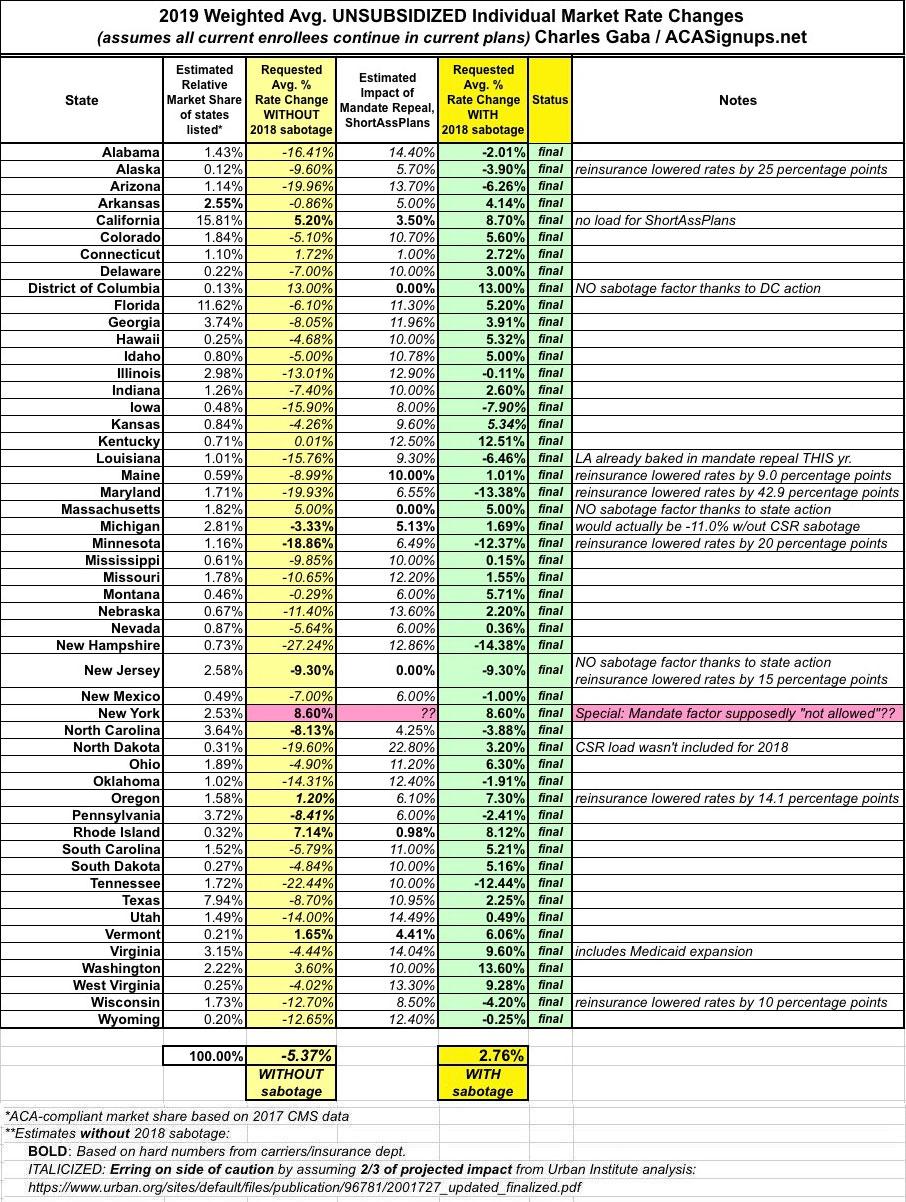 So, I just received the following press release from MNsure (Minnesota's ACA exchange)...

Private insurance companies set premium prices, and the Minnesota Department of Commerce regulates those companies. Final, approved 2019 premium rates will be available by October 2, and the 2019 open enrollment period begins on November 1. Minnesotans shopping for health insurance through the individual market may be able to reduce premium costs in three ways:

1. See if you are eligible for tax credits only available through MNsure

As usual, Louise Norris has the skinny:

Rate filings were due in New Mexico by June 10, 2018, for insurers that wish to offer individual market plans in 2019. Insurers that offer on-exchange coverage have been instructed by the New Mexico Office of the Superintendent of Insurance (NMOSI) to add the cost of cost-sharing reductions (CSR) only to on-exchange silver plans and the identical versions of those plans offered off-exchange (different silver plans offered only off-exchange will not have the cost of CSR added to their premiums).

The good news? As I reported a week or so ago, every county in Washington State will have at least one carrier on the ACA exchange next year.

The bad news? As expected, thanks in large part to sabotage of the ACA by Donald Trump and Congressional Republicans, the average requested 2019 premium increase for unsubsidized enrollees is 19.1%:

OLYMPIA, Wash. – Eleven health insurers filed 74 health plans for Washington state’s 2019 individual and family health insurance market, with an average proposed rate increase of 19.08 percent. There are no bare counties, although 14 counties will have only one insurer selling through Washington’s Exchange, Washington Healthplanfinder.