Unfortunately I haven't found the actual rate filing forms for BCBS, so I don't have an official estimate of what portion of their 2019 rate increase is being pinned on the ACA's mandate being repealed or the expansion of short-term or association plans by the Trump Administration, but Neighborhood's filing does give a hard number...and it's actually fairly small: Just 1.9 percentage points (that's for mandate repeal...they don't mention #ShortAssPlans at all).

Since Neighborhood also has 70% of the RI individual market this year, that suggests that unless Blue Cross is pinning a lot more of their rate hike on sabotage factors than Neighborhood, it's safe to say that unlike other states, it's only around 2 points in Rhode Island.

It's worth noting that at least in Rhode Island, this estimate is much lower than the Urban Institute's recent analysis of the impact of the mandate being repealed + expansion of short-term plans for Rhode Island (which they pegged at over 20%). On the other hand, seeing how Rhode Island individual premiums average $418/month this year, even a 2% increase will amount to an extra $100 per person next year for absolutely no good reason.

In other words, in Rhode Island, STLD policies are allowed, but they have to be almost as comprehensive as full ACA-compliant policies anyway, which means that they likely don't cost that much less than ACA policies anyway...which, in turn, means that there's very little incentive for any insurance carrier to bother offering them at all.

UPDATE x2: Wow...I never expected tiny Rhode Island to have so much confusion surrounding it! I was just informed by Maanasa Kona of the Center o nHealth Insurance Reforms at Georgetown that...

RI has no durational limits on STPs and that's what Urban's analysis focused on. Our research revealed that Chapter 18 (prohibition against pre-ex exclusion, MLR) of RI code applies to STPs, 18.5 does not (includes guaranteed issue etc) https://t.co/1ArEVlInlL

On a related note, there's a new bill out in RI that would apply chapter 18.5, which regulates individual health insurance and requires guaranteed issue and guaranteed renewability, to STPs https://t.co/CzdFk3crTp

OK, so some of these requirements already apply, some...don't? In any event, the fact remains that STLD plans are allowed in Rhode Island but there doesn't appear to be much point in anyone buying them (which is fine with me). The main point is that neither BCBS nor Neighborhood seem to think they'll have more than a nominal impact next year even with Trump's executive order. 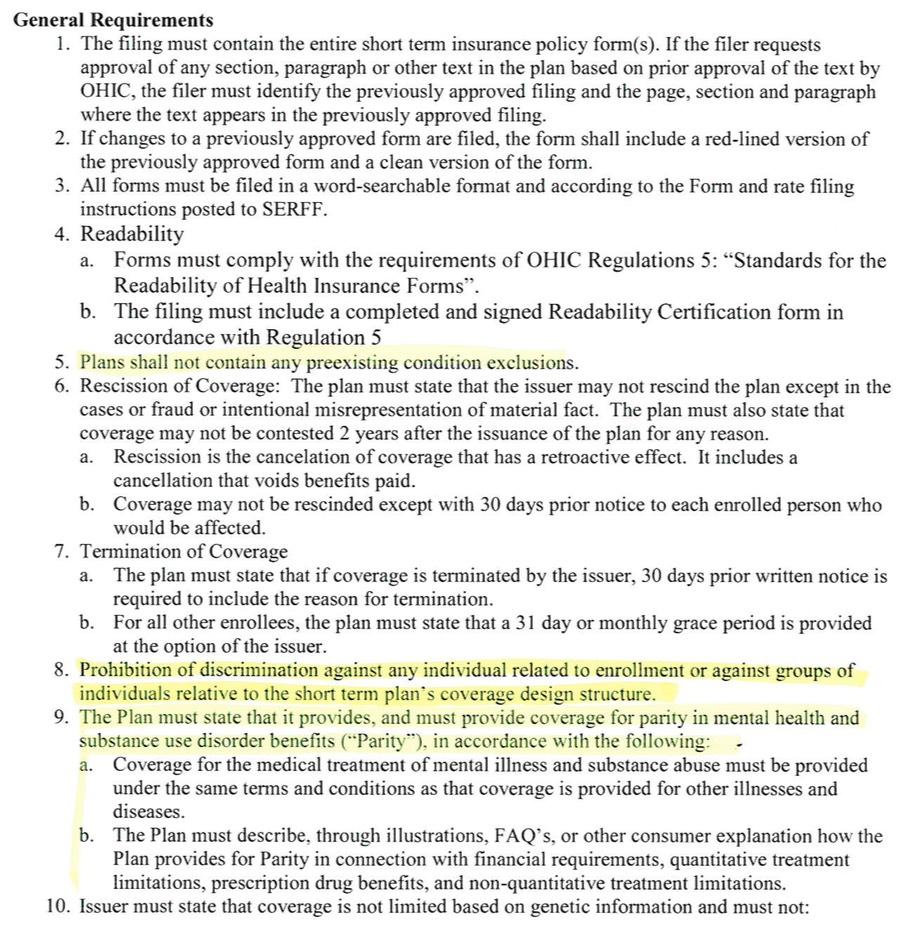 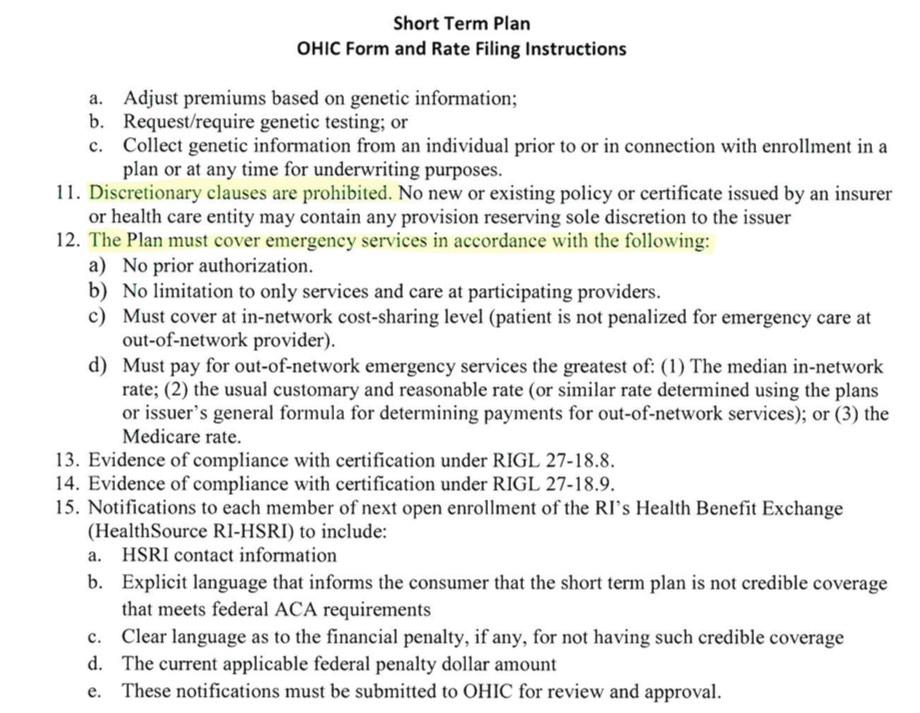 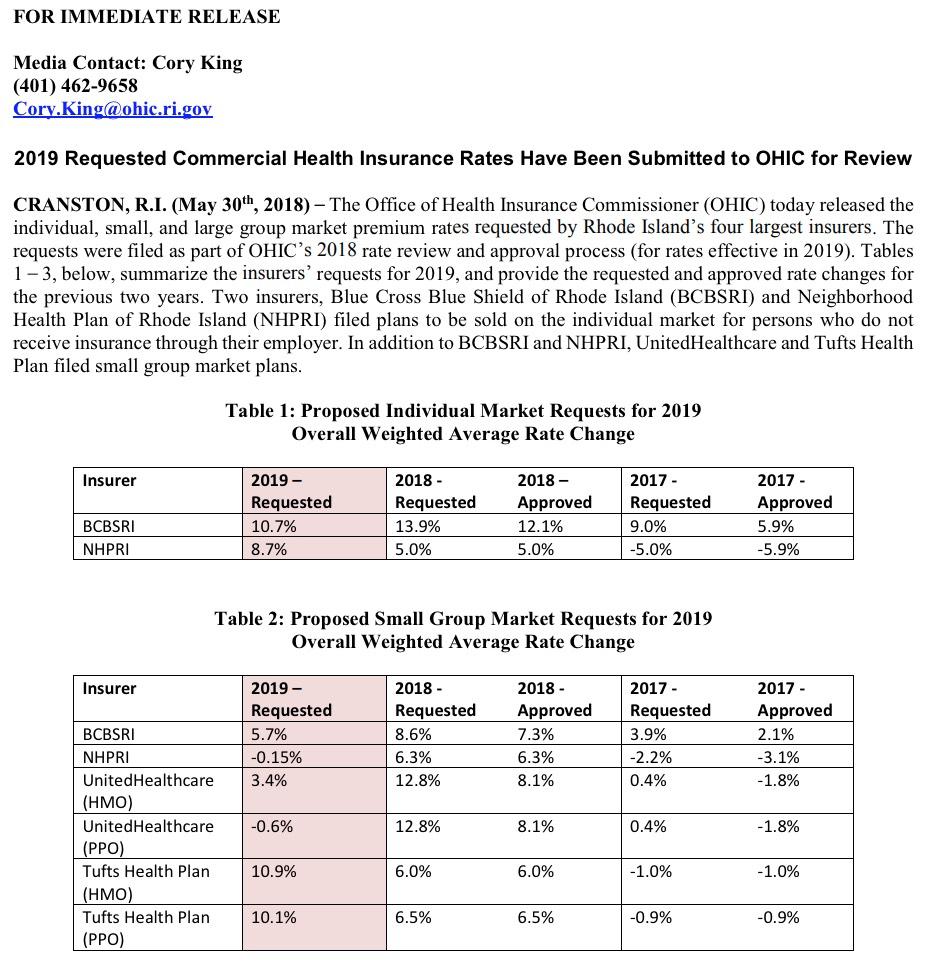 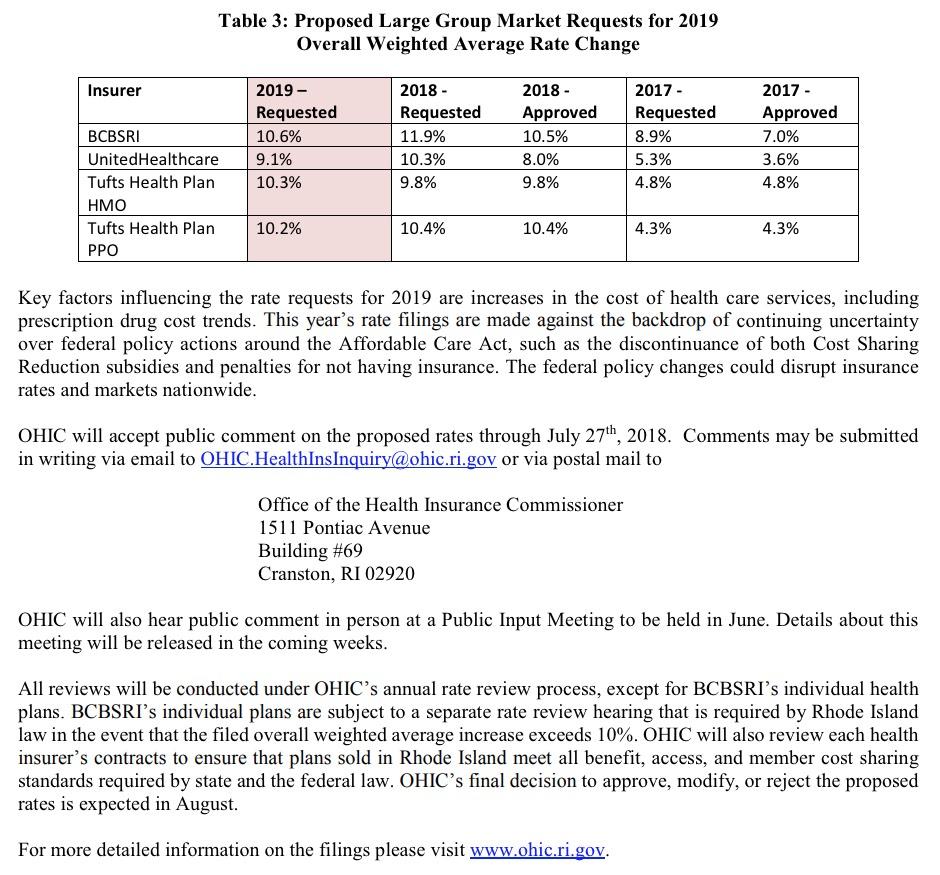