UPDATED: Time to check in on the COVID red/blue divide again. 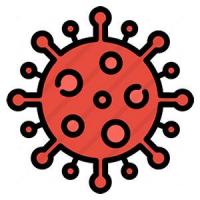 Two weeks ago I was inspired by a fellow wonk named Christopher Ingraham of The Why Axis to plot out COVID vaccinations, cases and deaths via bar graphs instead of my usual scatter plot graphs.

COVID case/death rates by vaccination levels, or what the hell is going on in Miami-Dade County?

For the past couple of months now, most of my COVID scatter-plot charts...whether measuring vaccination rates, new case rates or new death rates...have been based primarily on partisan lean. That is, at both the state and county levels, I've been using the percent of the 2020 Presidential vote won by Donald Trump as the basis for comparison.

I've also looked at vaccination rates by other criteria, of course: Population density, urban vs. rural status, education level and median household income levels...but none of these have had nearly as high a correlation as sheer partisan lean has (although I haven't checked any of those in over a month; perhaps the situation has changed by now).

Let's look at the Red/Blue COVID divide in a different way...

I've gotten a lot of attention for my COVID "scatter plot bubble graphs" over the summer, laying out the COVID vaccination and case/death rates across every county nationally (well, mostly; Nebraska has stopped posting county-level data entirely, and Florida has only been posting county-level case data, not deaths, since June).

Data visualization is a tricky thing, though; sometimes line graphs are the way to go (that's what I did last year); other times scatter plots are more appropriate. But some people don't "get" either of these, so today let's look at some bar graphs.

NBC poll confirms: Trump voters 5x more likely to be unvaccinated than Biden voters, make up over half of unvaxxed adults 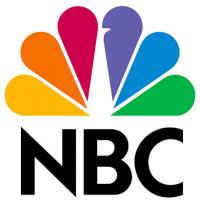 Back on July 1st I noted that a national Yahoo/YouGov survey concluded the obvious:

However, the biggest factors by far in this survey are Party Identification and Who you voted for in 2020:

That means, assuming this poll is relatively accurate and representative, there's around 2.44 million Biden voters who are apparently unreachable...but 23.75 million Trump voters who fall into that category. The other ~13 million refuseniks presumably voted 3rd party or didn't vote at all.

Massachusetts: @HealthConnector Announces Those Who Received Unemployment Earlier In 2021 Can Still Take Advantage Of The #ARP's $0-Premium #SecretPlatinum Benefit!

Last week I noted that MNsure, Minnesota's state-based ACA exchange, announced that while the general, open-ended 2021 Special Enrollment Period had ended back in mid-July, they're still letting any Minnesotan who received unemployment benefits at any point in 2021 the opportunity to enroll in ACA healthcare coverage & take advantage of the American Rescue Plan's Unemployment Benefit.

The key point is that Minnesotans can still do so even if they received UI benefits prior to the July 15th SEP deadline. This means that if you were on unemployment back in, say, January or February, and you still need healthcare coverage for the remainder of 2021, you can still visit MNsure.org and get coverage for the last 4 months of this year for $0 in premiums and with mostly nominal deductibles/co-pays (assuming you aren't eligible for employer-based coverage, Medicaid, etc. instead).

To those who think the unvaccinated should have to pay more for healthcare, here you go. 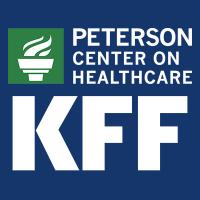 A few weeks ago, I wrote a piece reminding people that the Affordable Care Act explicitly prohibits insurance carriers from charging higher premiums for enrollees who voluntarily refuse to get vaccinated against COVID-19 (presumably not including those who can't do so due to being allergic, being immunocompromised, being under 12 years old, etc), and noting several reasons why this is the case.

I concluded, however, by noting that:

Having said that, those who don't get vaccinated will start facing more financial penalties soon anyway...a point which is included in the NY Times article above itself:

In 2020, before there were Covid-19 vaccines, most major private insurers waived patient payments — from coinsurance to deductibles — for Covid treatment. But many if not most have allowed that policy to lapse. Aetna, for example, ended that policy on Feb. 28; UnitedHealthcare began rolling back its waivers late last year and discontinued them by the end of March.

There's a reason insurance carriers can't charge the unvaccinated higher premiums. It's called the ACA, and it's a good thing. 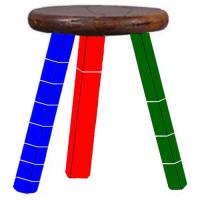 Over the past few weeks, as the Delta COVID-19 variant has surged across the country and COVID vaccination rates have plummeted, there's been a growing cry from many vaccinated Americans. Here's just a few examples:

Step up private sector. Mandate vaccinations for employees and consumers. Looking at you health insurance companies. Add insane premiums for those eligible yet refuse to be vaccinated. Deny hospital coverage for chosen unvaccinated hospital care.

It’s clear that new messaging—along with the obvious employer mandate—is having an impact.

Now’s a good time to require vaccines to fly.

UPDATED: "I sent you a radio report, a helicopter, and a guy in a rowboat. What the hell are you doing here?"

Let's be clear: There's a good ~48 million or so children under age 12 who haven't been approved to take the COVID-19 vaccine yet, roughly 14% of the population. There's also perhaps 8 - 9 million Americans age 12+ who are immunocompromised or have serious allergic reactions to vaccinations, meaning the vaccine would have no effect on them or they can't take it at all. Combined, that's around 17% of the total U.S. population who can't get vaccinated, leaving it up to the other 83% of us who can to do so.