Vaccination Rates: What about income and education levels?

For Income, I'm using the USDA Economic Research Service's estimate of Median Household Income from 2019 (which was, of course, the last year before COVID-19 hit the U.S. in the first place). 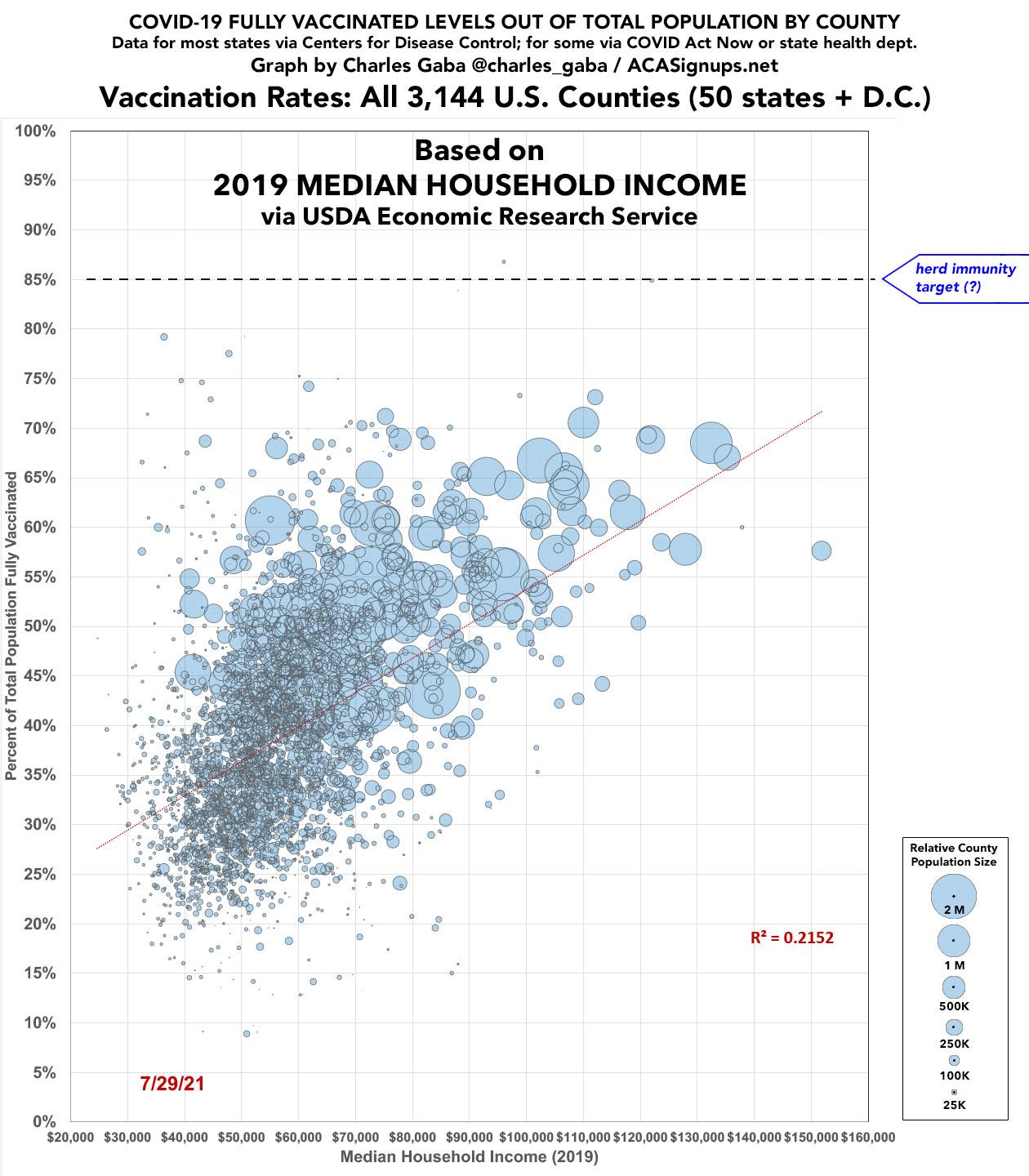 Unlike yesterday's Population Density and Urban/Rural graphs, there is a much clearer correlation between household income and vaccination levels nationally...but only up to a point (around $80,000/year, I'd say from eyeballing it). Over that threshold it seems to mostly level out.

Even so, the overall county-level correlation between income and vaxx level still seems quite a bit weaker than whether a county voted for Donald Trump last year or not.

For Education level, I'm also using the USDA's Economic Research Service estimate of what percent of adults residents in each county has a bachelor's or higher. This data is blended over a 5-year period from 2015 - 2019, and ranges from as low as 0% (tiny Loving County, Texas) to as high as Falls Church, Virginia (where nearly 78% of all adults have graduated with a 4-year degree or beyond): 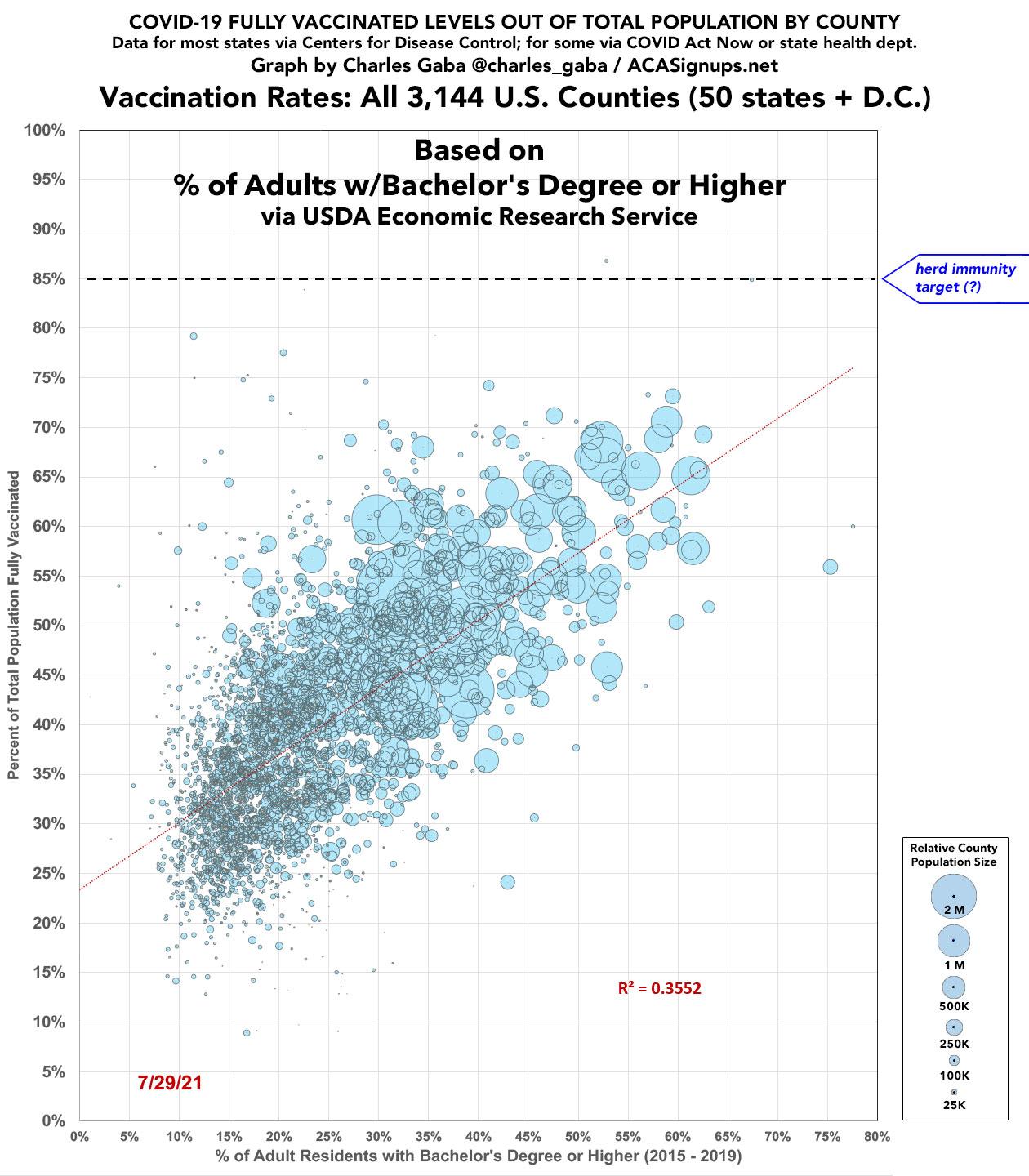 It's pretty much the same story: There's a definite correlation between the percent of the population with a 4-year college degree and what portion of the population has been vaccinated...but it's still weaker than the partisan divide.

Of course, household income and education level do tend to run together for obvious reasons: It's a hell of a lot easier to afford to go to college if you come from a wealthier family.