Methodology reminders, including some important updates: 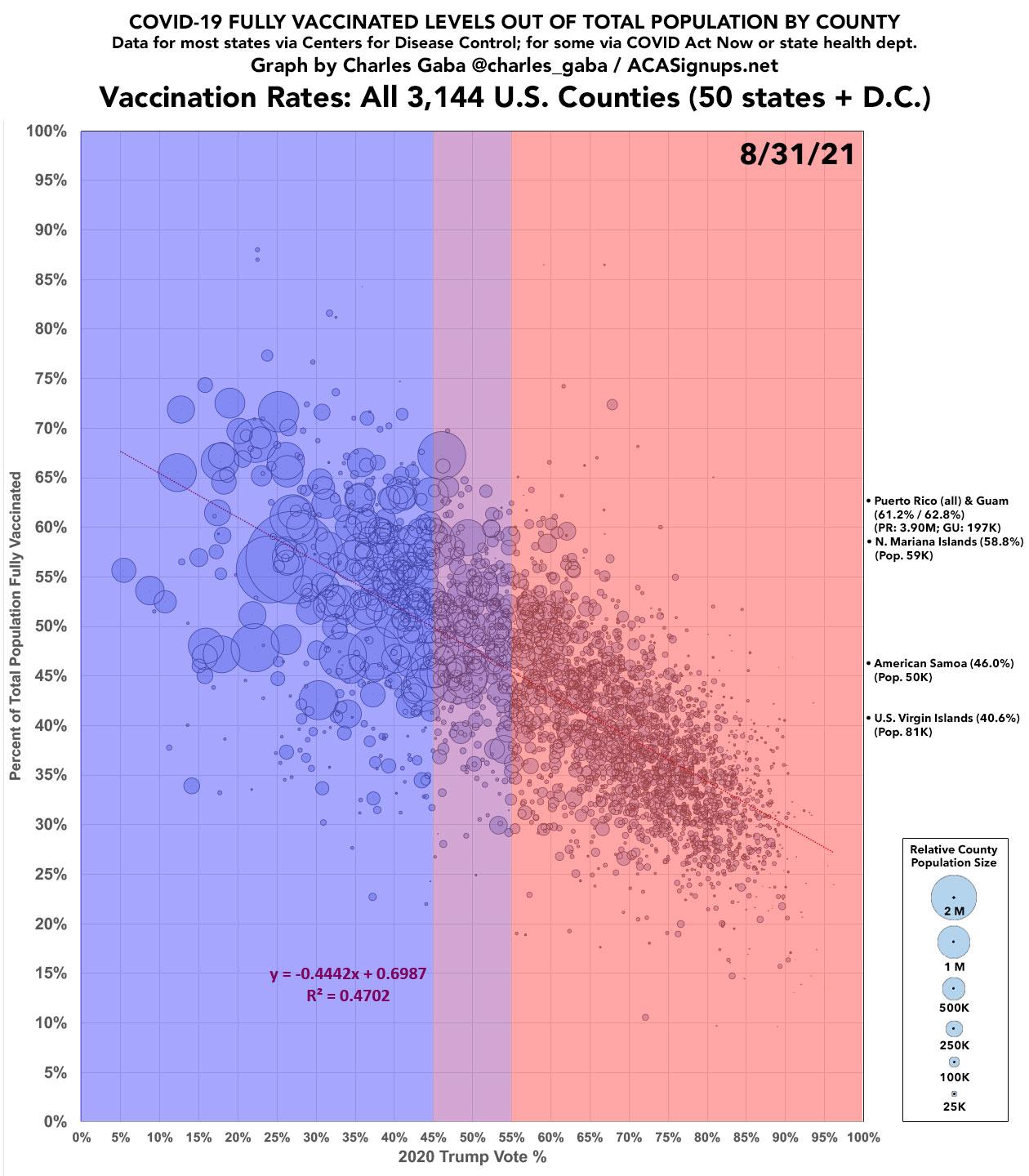 It's also important to note that while there was a very slight, one-time drop in both the R2 (correlation) and slope formulas a two weeks ago when I switched from 2019 estimated population data to official 2020 U.S. Census data for every county, this drop has since reversed itself and continued its gradual climb higher on both the correlation and slope fronts: 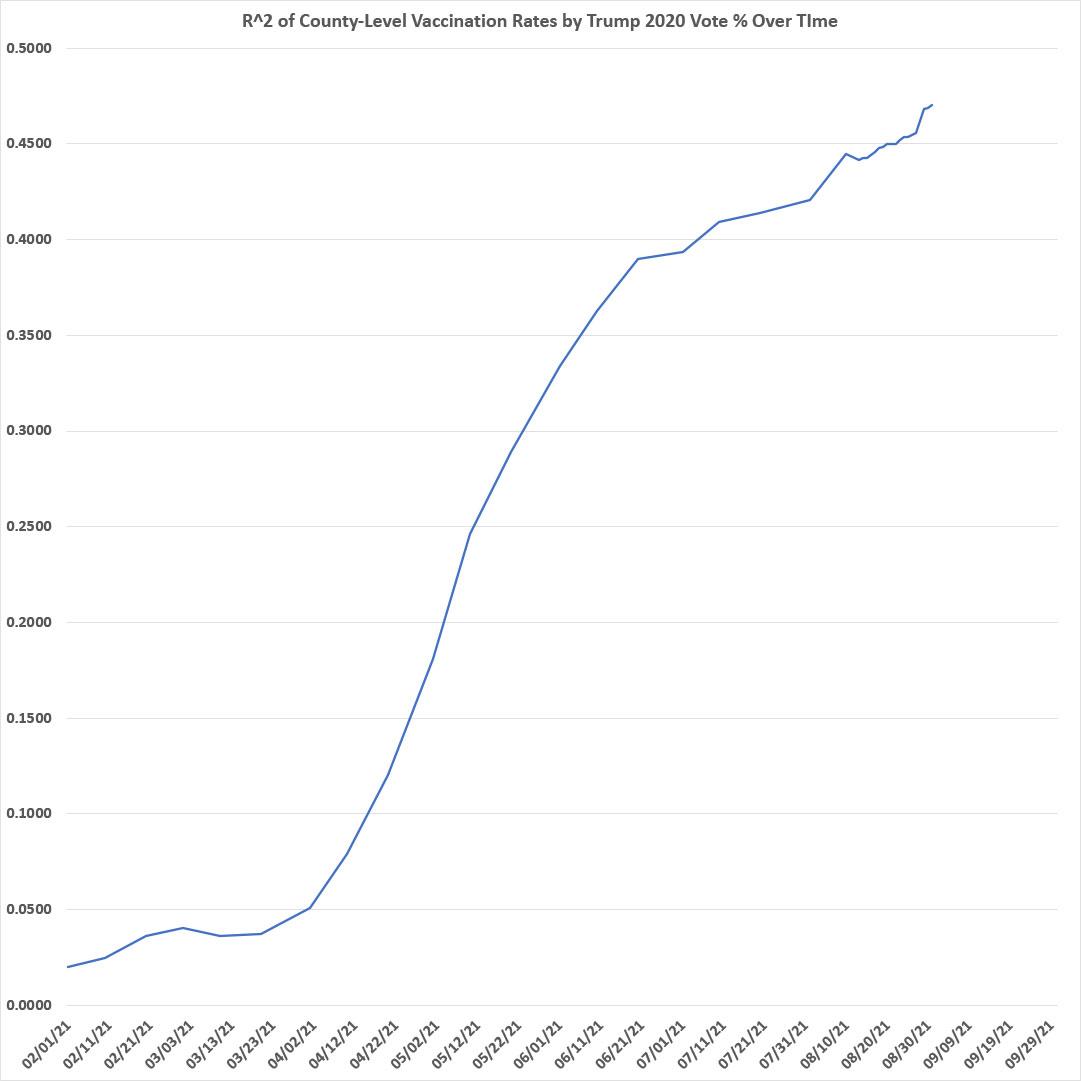 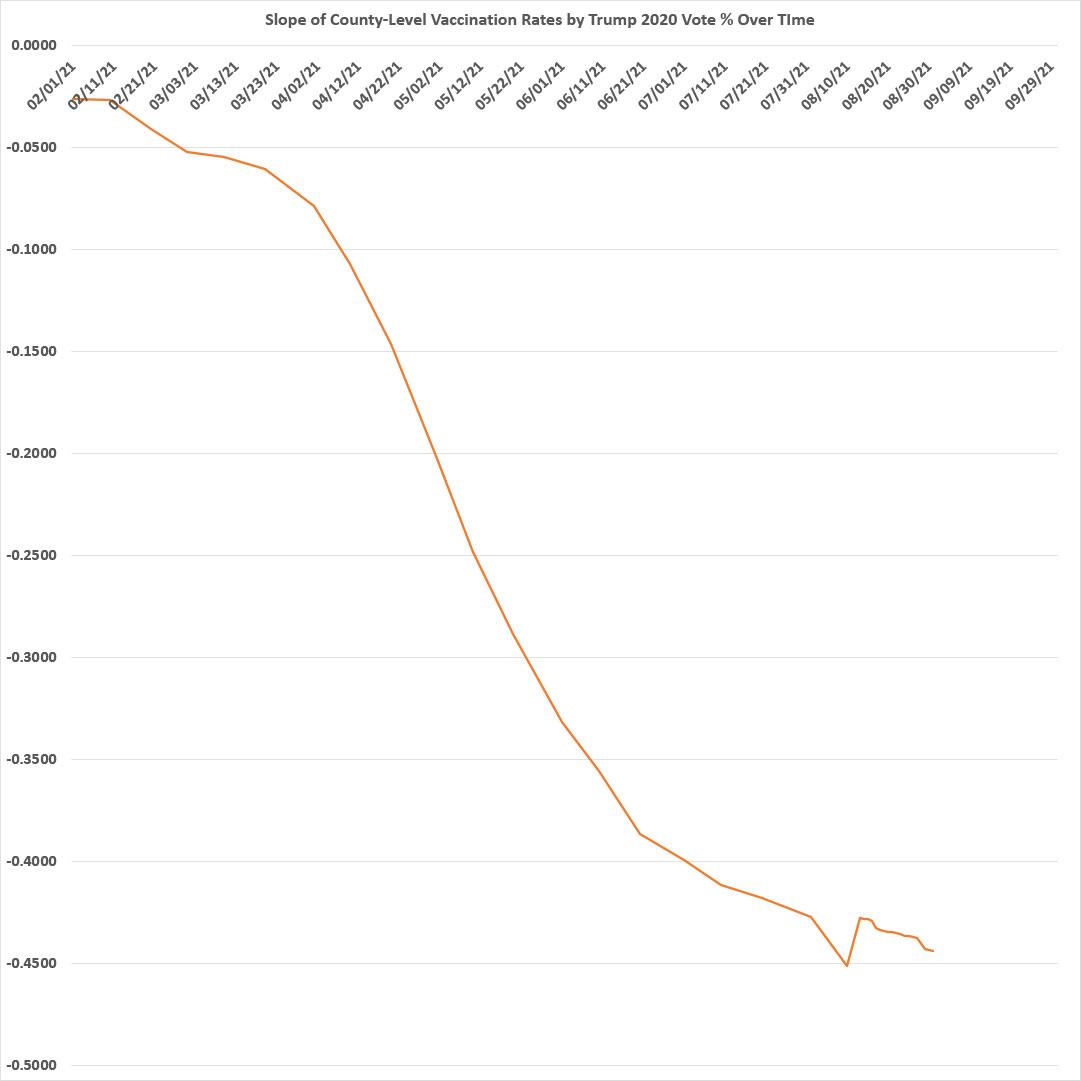 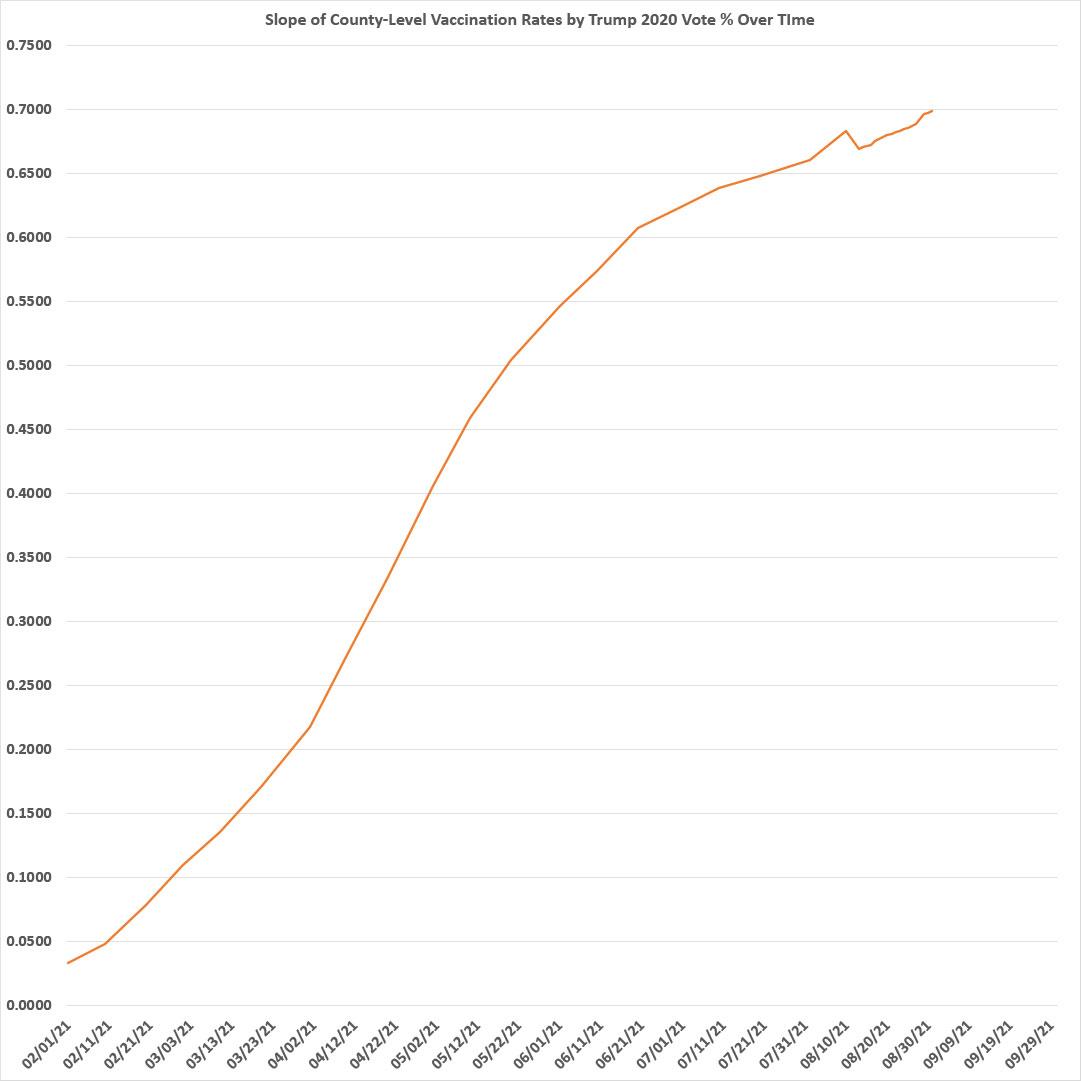 It's worth noting that both the increase in correlation (R2) as well as the angle (Slope) have sped up and slowed down almost perfectly in line with some key events as well as my methodology changes: 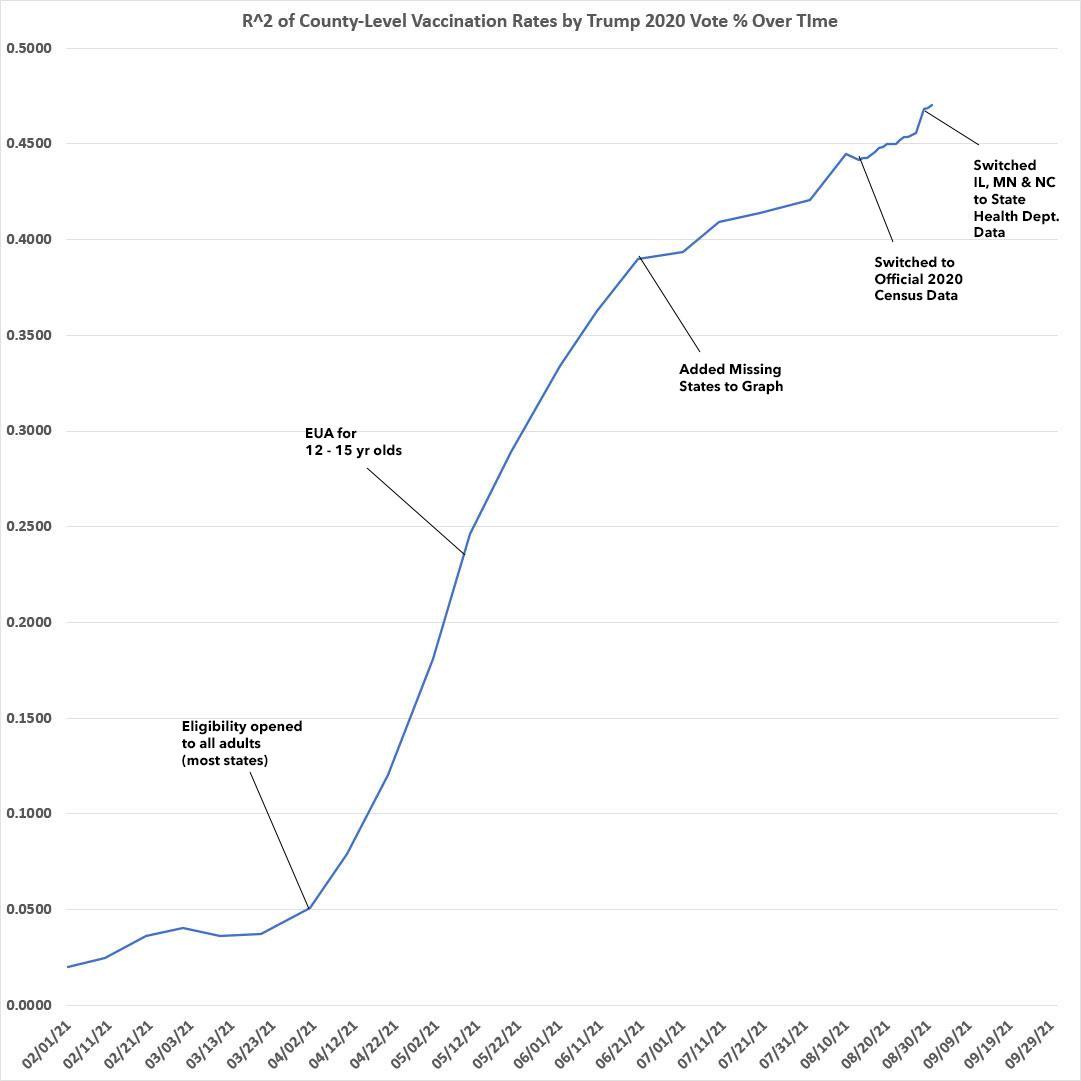 Here's another view: I've broken out every county by Trump vote percent in 10-point increments (15-point ranges at the lower & upper ends since there's so few people at those extremes): 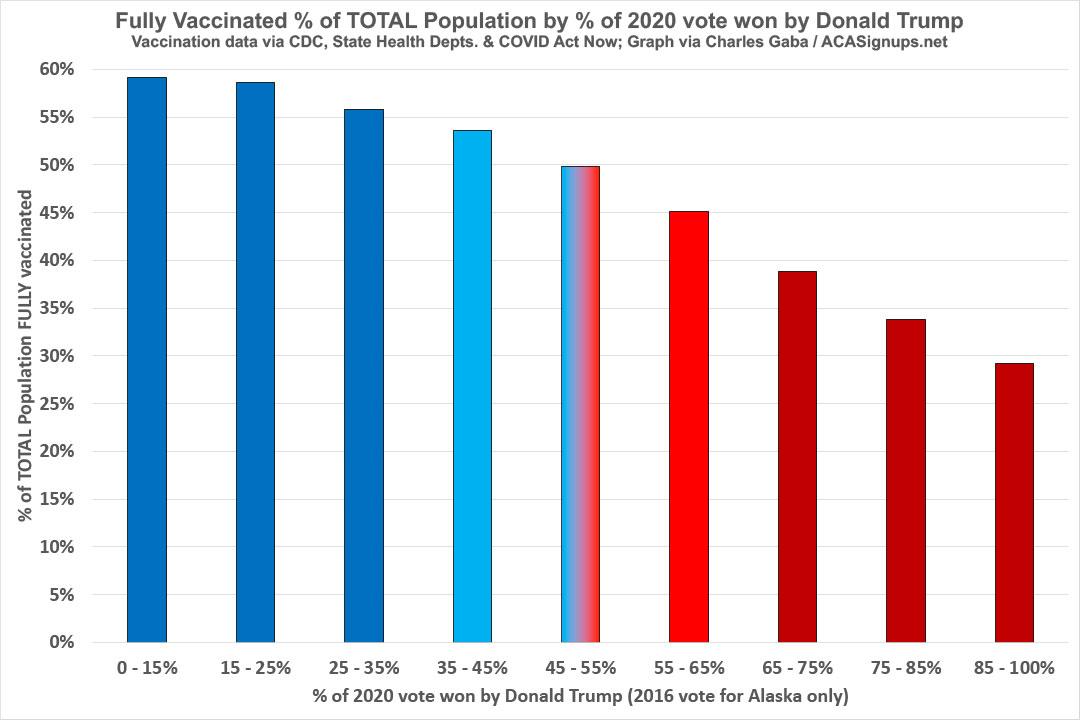 Other things especially worth noting:

Sumter County is a solid red county...but it's also famously (or infamously?) home to The Villages, the massive retirement community where Trump held rallies last summer.