NBC poll confirms: Trump voters 5x more likely to be unvaccinated than Biden voters, make up over half of unvaxxed adults 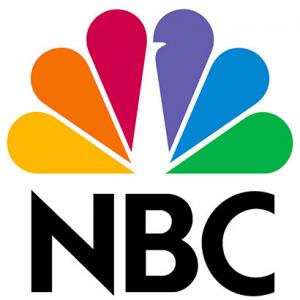 Back on July 1st I noted that a national Yahoo/YouGov survey concluded the obvious:

However, the biggest factors by far in this survey are Party Identification and Who you voted for in 2020:

That means, assuming this poll is relatively accurate and representative, there's around 2.44 million Biden voters who are apparently unreachable...but 23.75 million Trump voters who fall into that category. The other ~13 million refuseniks presumably voted 3rd party or didn't vote at all.

Of course that was nearly 2 months ago. A lot has changed since then. For one thing, an additional 17 million U.S. adults have gotten at least their first COVID vaccination dose, dropping the number who haven't to around 70 million even. For another, July 1st was just before the Delta variant started rampaging throughout the country. Finally, just yesterday, the FDA gave final/full authorization to the Pfizer COVID vaccine (though it will obviously take awhile for the impact of that to start showing up in the numbers).

So who’s been vaccinated in the United States? And who hasn’t?

Well, our most recent NBC News poll sheds some light on those question, with the survey finding that 69 percent of all adults say they’ve already been vaccinated, versus 13 percent saying they won’t get vaccinated under any circumstance.

And here are the American adults who say they’ve already been vaccinated — broken down by demographic group:

It's important to note that unlike the July YouGov survey, this one doesn't break out the "not under any circumstances" percentage within the different demographic groups; they say it's 13% overall but don't get more granular than that.

Even so, the results are still pretty telling:

It makes sense that the July 1st YouGov poll claimed that 84% of Biden voters had gotten vaccinated (this has gone up by 7 points). Oddly, however, YouGov's poll said that 52% of Trump voters had already gotten vaccinated as of July 1st...but NBC puts this number at just 50% even. Huh.

Obviously there are some differences in methodology, margins of error, question wording etc., but it still seems like one or the other is significantly off. YouGov had an additional 2% of Trump voters saying they'd gotten their 1st shot (54% at least partly vaxxed), so it's possible that, say, 10% of the NBC poll's "unvaxxed" Trump voters got at least 1 dose? (shrug)

In any event, taken at face value and assuming the 9% & 50% figures don't include those who've gotten their first shot, the NBC results mean:

Put yet another way, Trump voters make up a full 53% of all unvaccinated adults in the United States at the moment.

The silver lining, aside from the 17 million additional adults who've gotten vaccinated since the prior poll, is that overall only 13% of U.S. adults now say they won't get vaccinated "under any circumstances" which amounts to roughly 33.7 million adults. That presumably means the other 36.3 million are gettable, which should be even more likely now that the full FDA authorization is out.

Assuming all of them do so, in addition to the 202 million Americans of any age who've gotten at least one dose so far (I'm assuming virtually all of them go back for the second soon), that would bring total U.S. vaccinations up to around 238.3 million, or nearly 72% of the entire population. There'd also be perhaps

That would leave two populations left: The ~34 million vaxx refusenicks & perhaps 50 million children under 12 years old who can't get vaccinated yet (there'd also be another 12 million or so adolescents between 12 - 17 who aren't included above; I'm assuming most of them will eventually get vaccinated as well...)