Just another quick update from AccessHealthCT:

As of today, their press release page states the following: 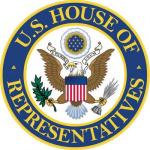 Some of you may have noticed that I haven't really posted much the past week or so. Part of it is because my whole family has been sick (nasty flu going around); part is because of the holidays, of course; and part is because I've been working on a couple of special projects.

One of those projects happened to require that I track down the official Twitter handles of every single member of the U.S. House of Representatives...all 431* of them. While I was at it, I also decided to compile some other key demographic information, such as gender, year of birth and so forth.

You might think this would be easy enough to get ahold of, and most of it is...but the Twitter handles were tricky. There's several online lists already, but most of them seem to be incomplete, outdated, or include their personal handles instead of their official Congressional ones. I've gone through one by one and confirmed all 431 current members. In a few cases I did have to use their personal handles because they don't have an official one (and in a couple of cases, they appear to be one and the same). 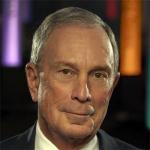 Nevada: Final total: 77.4K QHPs, only down 7.2% despite platform transition

This Just In from Nevada Health Link:

This Just In from MNsure...

ST. PAUL, Minn.—117,520 Minnesotans signed up for private health coverage during MNsure’s seventh open enrollment period which ended on December 23, 2019—2,525 more sign-ups than the exchange received by December 23 of the previous year.

That's a 2.2% enrollment increase year over year (114,995), although CMS's official total was slightly lower than that (113,552 QHP selections). I don't know if the 1,443 discrepancy is due to clerical error cleanup, standalone dental plans being included in the higher number or what, but assuming the 117,520 figure stands, that's actually a 3.5% increase.

True to his word, newly-inaugurated Democratic Kentucky Governor Andy Beshear has indeed eliminated the state's controversial and much-litigated Medicaid work requirement provision for the 400,000 state residents who are on the low-income healthcare program thanks to the Affordable Care Act:

(Monday = Last Monday; this is from a week ago)

In one of his first major moves as the 63rd governor of Kentucky, Beshear signed an executive order Monday rescinding Bevin’s Kentucky HEALTH plan, which sought to impose strict work requirements for able-bodied, working-age adults. It would have ended health coverage for an estimated 95,000 Kentuckians.

This press release from Covered California is perfectly timed after my post earlier today pointing out that hundreds of thousands of CA residents appear to be unaware of the expanded ACA subsidies now available to middle class enrollees (as well as enhanced subsidies for those already receiving them):

California: Hundreds of Thousands are NEWLY eligible for ACA subsidies but don't seem to realize it?

A couple of weeks ago, Covered California reported that as of December 7th, over 486,000 residents were taking advantage of their newly-expanded & enhanced state ACA subsidies:

...More than 486,000 individuals have been determined eligible for the new state subsidy, including about 23,000 in the 400 to 600 percent range of the federal poverty level, which could extend to an individual making up to $74,940 and family of four with a household income of up to $154,500. Of those in this income range who have signed up through Covered California, 44 percent have been found eligible for the state financial assistance.

...If I'm following correctly, the total breakout is:

The press release also broke out the household average for the new/expanded subsidies:

Idaho: Enrollees still have until midnight tonight to select a plan; 2020 enrollment will likely be down w/good reason.

Your Health Idaho, the states' ACA exchange, reminds residents who completed their enrollment applications that they still have until midnight tonight to actually select a policy:

Last chance to #GetCovered!
For those Idahoans who submitted an application for 2020 health insurance coverage by December 16, you have one more day to pick a plan! Do not wait! Find your perfect plan today at YourHealthIdaho.org!

The lastest 2020 Open Enrollment Period data was released last week by most of the exchanges, including HealthCare.Gov, Covered California, Connect for Health Colorado, Access Health CT, Maryland Health Connection and the Washington HealthPlan Finder. When combined with the existing data from the MA Health Connector, MNsure, New York State of Health and the brand-new Nevada Health Link, we should now have over 95% of the total 2020 Open Enrollment QHP selections locked in.

This just in via the Washington HealthPlanFinder:

“It is critical that customers make their first premium payment associated with their 2020 health insurance coverage,” said Pam MacEwan, chief executive officer at the Exchange. “This simple action will prevent unintended loss of health coverage or delays in accessing care in the new year.”