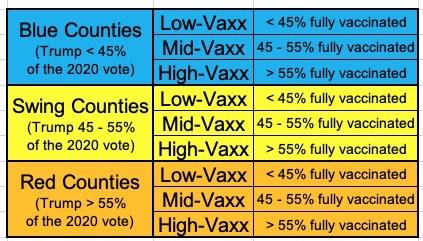 TRENTON – The New Jersey Department of Banking and Insurance today announced it is now accepting applications for community organizations to serve as Navigators to assist residents with health insurance enrollment for the upcoming Open Enrollment Period and during 2022. The department is making available a total of $4 million in grant funding for Navigators, in an effort to ensure enrollment assistance is available in the community for residents seeking coverage through Get Covered New Jersey, the state’s official health insurance marketplace, during the Open Enrollment Period that starts November 1, 2021 and through the year.

New Jersey: Over 30,000 have taken advantage of the #ARP's Unemployment benefit to date; residents still have until Nov. 30th to #GetCovered!

This press release from the New Jersey Dept. of Banking & Insurance came out a few days ago but it's still relevant since NJ is one of a handful of states which have extended their 2021 "No Excuse Needed" Special Enrollment Period out beyond August 15th:

Murphy Administration Officials Encourage Residents Without Health Insurance, Who Received Unemployment Benefits in 2021, to Get Covered

CONFIRMED: Over 2.5 million additional Americans have enrolled in #ACA exchange coverage during the 2021 SEP so far; #GetCovered by 8/15! (UPDATED)

Five days ago I noted that, based on an offhand comment I heard during a White House webinar about the ongoing ACA Special Enrollment Period, it sounds like HealthCare.Gov quietly added over 100,000 new enrollees during the final week of July.

Based on this and the existing data I have from HealthCare.Gov and the 15 state-based ACA exchanges, I concluded that:

Also, as always, remember that everything above refers to the federal exchange only; the 15 states which operate their own ACA exchanges comprise roughly 29% of the 2.1 million QHP selections nationally as of the end of June. A couple of state-based exchanges have already terminated their own SEPs (Idaho, Minnesota and Massachusetts), but the rest are still chugging along, so assuming a similar ratio for July, that would put the monthly total at around 475,000 nationally, for a grand total of roughly 2.57 million or so as of July 31st.