On the flip side, there's 305 counties where the official population is at least 5% lower than the 2019 estimates; 85 of which are at least 10% lower (Texas, Missouri, Georgia and South Dakota seem to comprise most of these), and 3 counties where it's at least 25% lower.

The biggest discrepancy in this direction is the smallest county in the nation: Loving County, TX, where the actual population is just 64 people vs. the 169 I previously had it listed at.

As a result, the county-level vaccination rate graph looks very different for many of these as individual counties. Los Alamos County, NM, for instance, which I thought was over 85% fully vaccinated turnst out to only be around 65% vaxxed.

In terms of the overall picture, however, this has makes almost no difference whatsoever, as you'll see below (I'm including 2 graphs based on the 2019 estimated populations and the 2020 Census populations for comparison).

With this in mind, here's what it looks like using the 2019 estimated populations, as I have been until now: 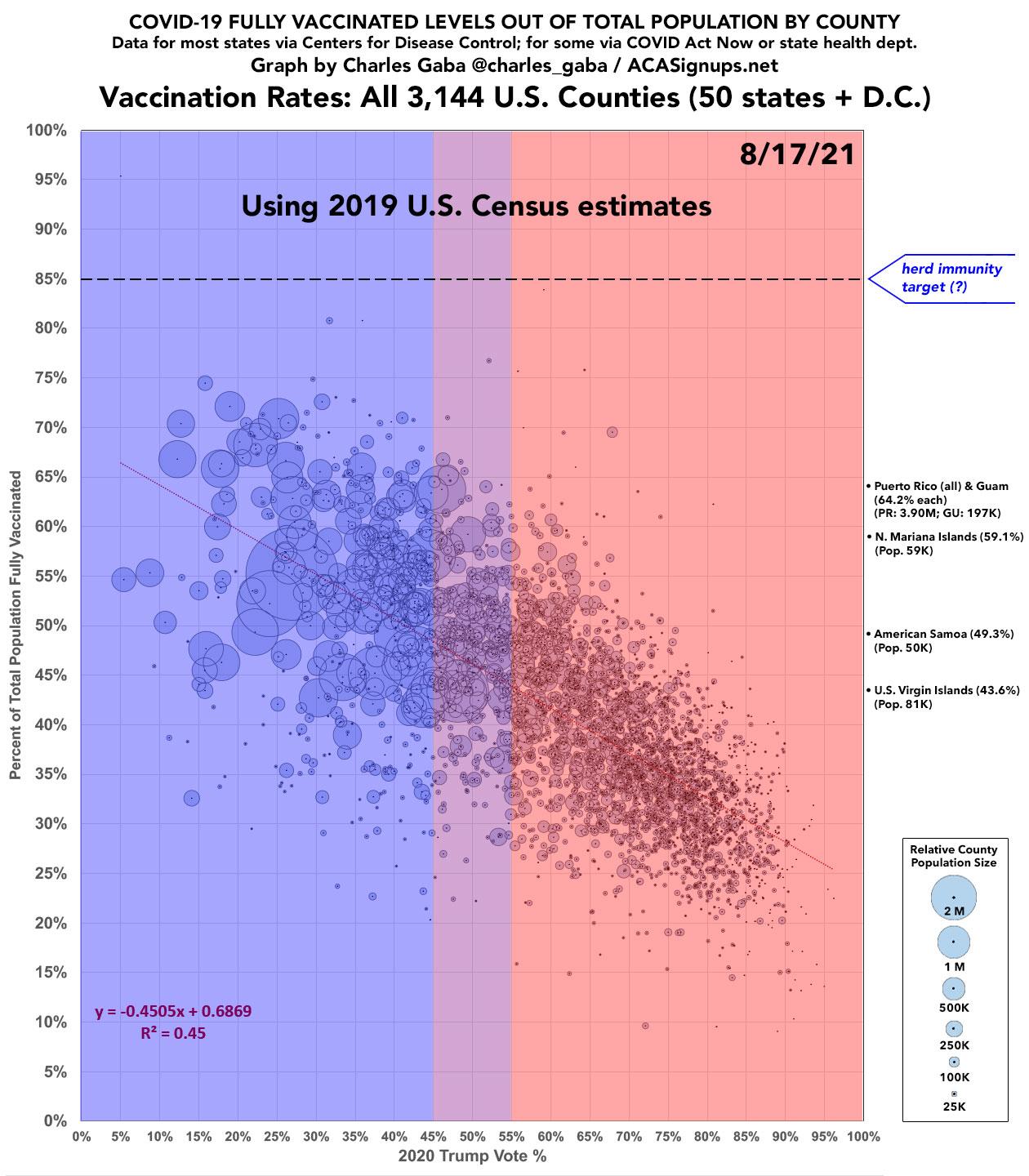 Note that using the 2019 estimated populations, the R^2 continued to increase slightly while the slope actually dropped ever so slightly:

Next, let's look at the same graph using the official 2020 U.S. Census Bureau data, which is what I plan on using going forward: 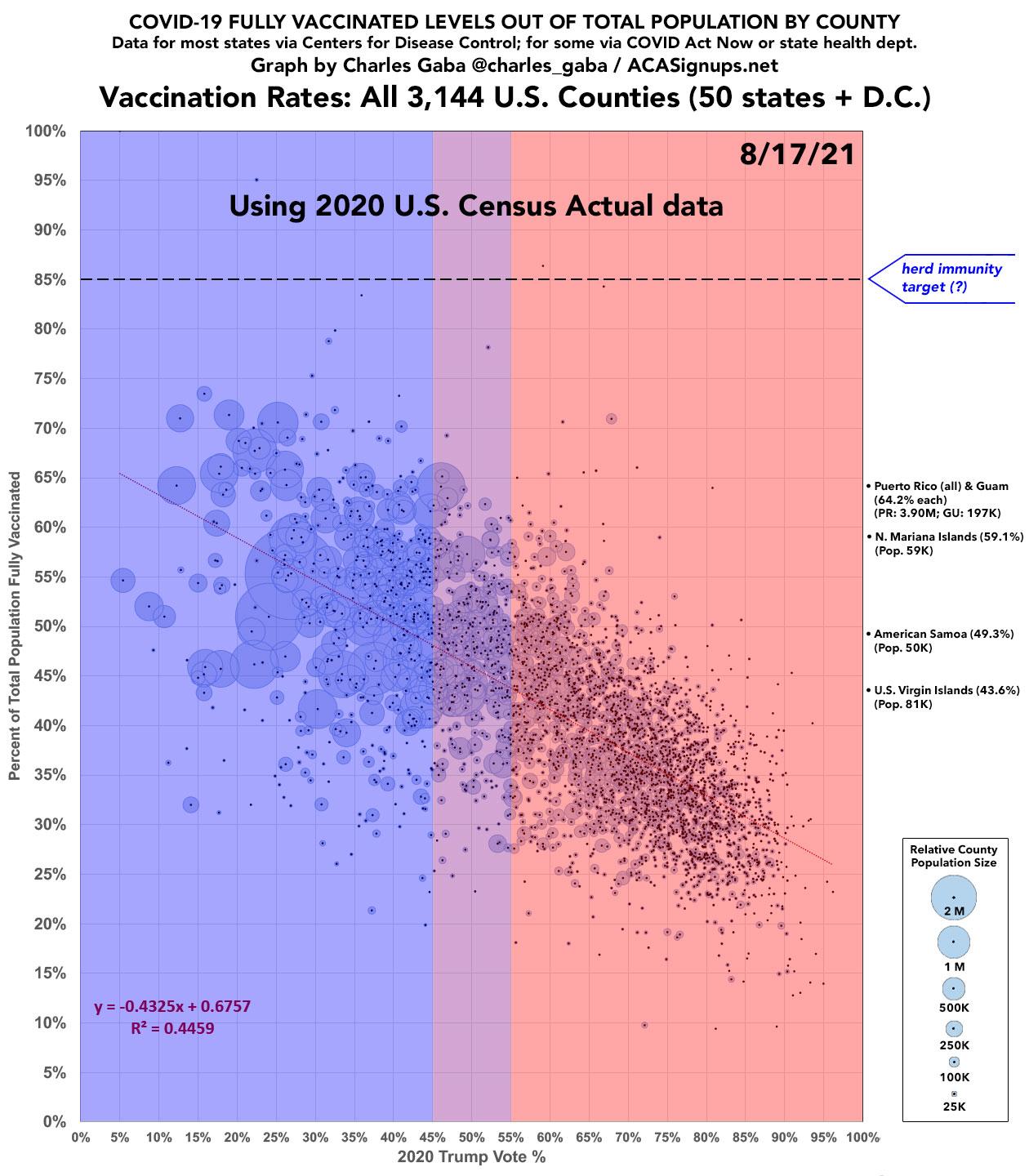 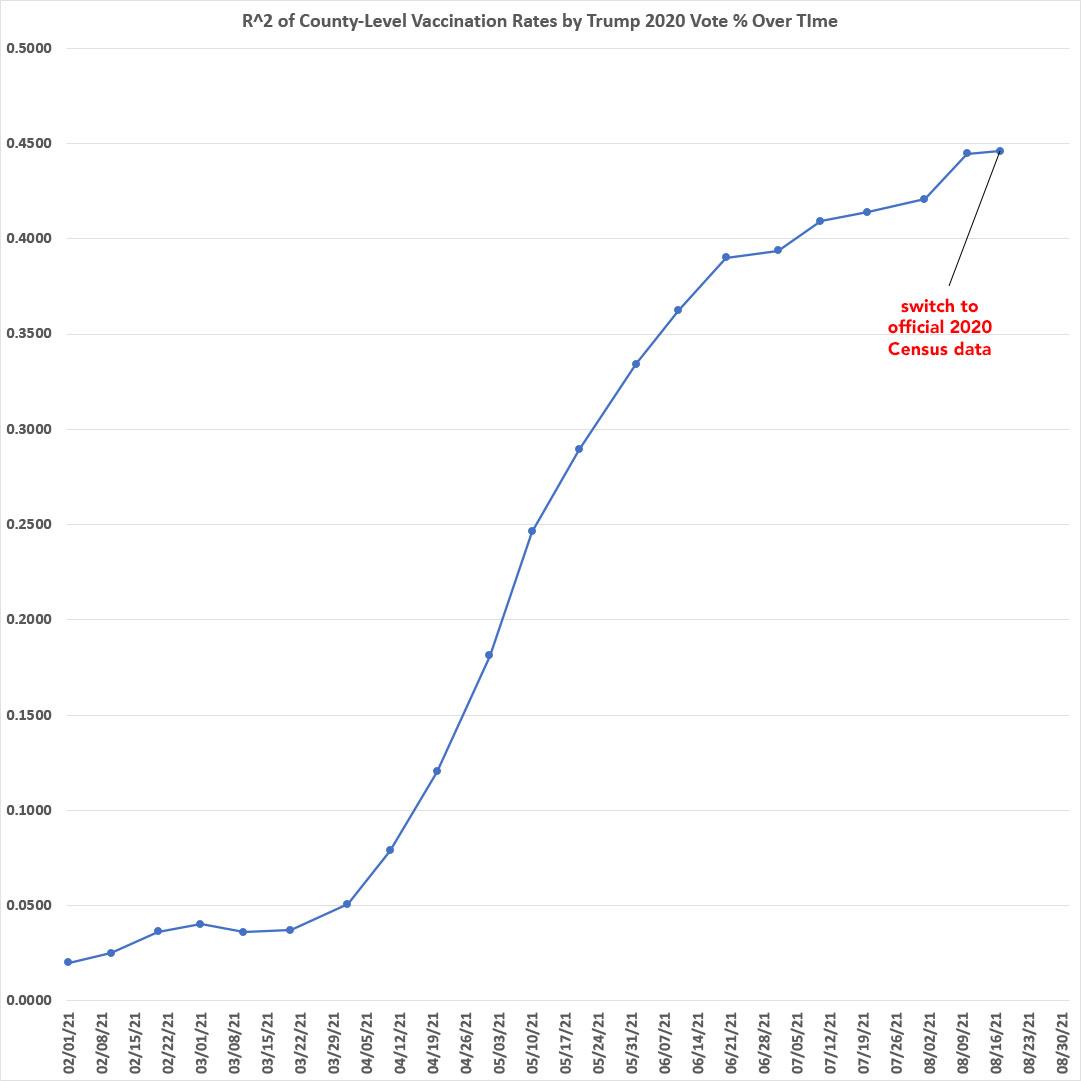 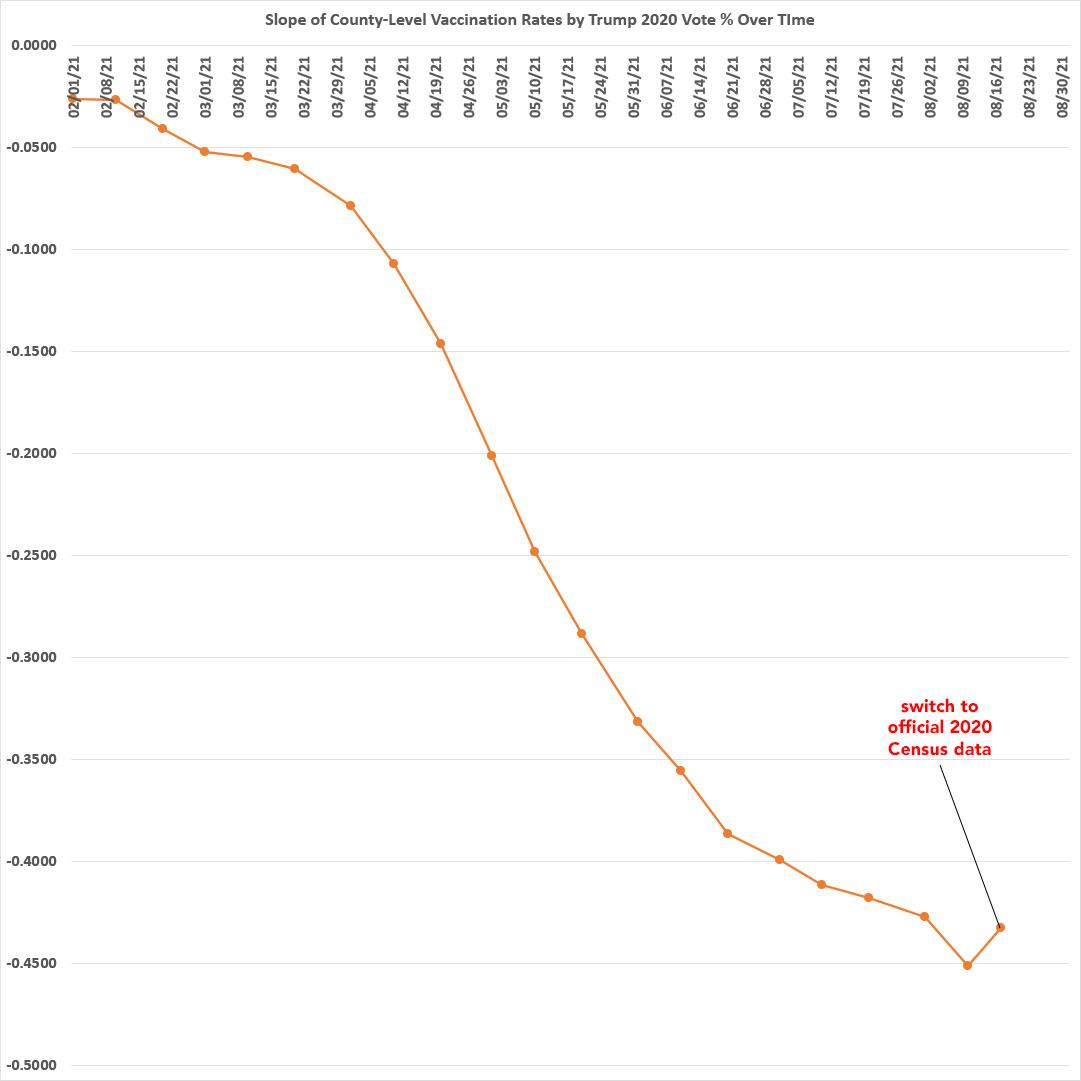 We'll see what happens going forward, of course, but my suspicion is that with the one-time correction out of the way, both of these figures will resume increasing a bit every week. Stay tuned...

Other things especially worth noting given the update to the official 2020 Census data:

Note that I'll be double-checking the official 2020 Census numbers for some of these going forward, since there's some massive differences in a few counties.