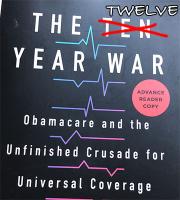 A rational person might be wondering why the Trump Administration and 20-odd Republican Attorneys General are still dead set on tearing down the entire Affordable Care Act over ten years after it was signed into law, even in the middle of a global pandemic which has already killed more than 130,000 Americans and infected nearly 3 million more.