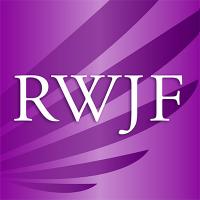 The Urban Institute has come out with a brand-new analysis which projects the impact of making the ACA subsidies which have been expanded & enhanced temporarily under the American Rescue Plan permanent. In other words, this is what they expect the real-world impact would be if Congress were to finally #KillTheCliff and #UpTheSubs permanently (as opposed to for just 2021 - 2022), as I and other healthcare activists been pushing for for years now.

Urban Institute jumps onboard the "What's Next after the ACA?" train with "Healthy America"

It's very clear that the name of the game for healthcare policy this year seems to be "What comes after the ACA?"

For over a year now, I've been strongly urging the passage of some sort of "ACA 2.0" upgrade package, primarily based on my own wish list entitled "If I Ran the Zoo", a collection of about 20 assorted ACA fixes. The reality is that a couple of the items on my list start to move away from an "upgraded ACA" and drift over into what I've mentally compartmentalized as the next phase in achieving Universal Healthcare Coverage.

Since I first posted my wish list just over a year ago, several new proposals have been released by various Democratic politicians and 3rd-party organizations such as the Center for American Progress, some of which are revised versions of other long-proposed systems. These include: