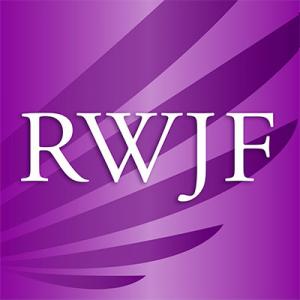 ...The ARP’s enhanced PTCs resulted in unprecedented enrollment in Marketplace health insurance. Their expiration would result in mass coverage losses and premium hikes. Researchers say Congress would need to act by midsummer if they wish to extend the PTCs to give Marketplaces, insurers, and outreach programs time to prepare for the 2023 open enrollment period, which begins this November.

The note about the ticking clock (act by midsummer) depends on your point of view, I suppose. Technically Congress could extend the ARP subsidies into 2023 and beyond at any point--after all, the ARP itself was passed in March 2021 with the enhanced subsidies made retroactive to the beginning of that year.

However, doing so caused a ton of logistical, technical, outreach, education and other headaches for the various parties mentioned; it would absolutely be far better and smoother if the ARP subsidies were extended before the annual premium rate review process gets too far, for instance (most carriers have already started crunching the numbers for 2023; it'll be a headache for them to figure out how to price & position their policies if they don't know whether the ARP subsidies will still be in place next year or not).

As for the extimated cost of making the ARP subsidy enhancements permanent ($305 billion over 10 years), this is significantly more than the $220 billion estimated by the Congressional Budget Office (CBO) last December. The Urban study includes a breakout of their methodology while the CBO doesn't, so I don't know what accounts for the difference.

In any event, the Urban/RWJF study concludes that:

...if the enhanced PTCs expire, we estimate 3.1 million more people will be uninsured, an increase of 12.0 percent relative to extending the PTCs. Not all people who gained eligibility for Marketplace coverage with PTCs under the ARP were previously uninsured; some had employer-sponsored coverage, and the number of people with such coverage would increase by 681,000 if the enhanced PTCs were to expire. That represents an increase of only 0.4 percent. We estimate that enrollment in Medicaid and the Children’s Health Insurance Program will decrease slightly, particularly among children. As fewer parents enroll in the Marketplaces, fewer family members eligible for Medicaid and the Children’s Health Insurance Program will enroll in those programs.

Here's their breakout by income bracket:

Extending the enhanced PTCs would have the biggest impact on uninsured people with incomes between 200 and 400 percent of FPL. If the PTCs were to expire, the number of uninsured people in this group would increase by 1.1 million, or 17.7 percent, in 2023 (table 3). The uninsurance rate among them would rise from 9.1 to 10.7 percent.

The increase in the share of uninsured people with incomes between 138 and 200 percent of FPL would be nearly as large (16.6 percent) if the PTCs were to expire. However, fewer people have incomes in this range, so 634,000 more people would be uninsured. The corresponding uninsurance rate would increase from 13.0 to 15.2 percent.

The study goes on to break their estimates out by age group as well as race & ethnicity.

As for how much more individual market (aka nongroup market) households would have to pay, it's every bit as ugly as I described in my earlier post:

We estimate that households with nongroup coverage would pay substantially more in premiums, on average, if the enhanced PTCs were to expire. This is true at all income levels. If the PTCs expire, people eligible for PTCs with incomes below 150 percent of FPL, who previously were eligible for free silver plans, will have to pay premiums for silver coverage (table 1), costing them an average of $457 more person each year (table 4).

Decreases in Marketplace enrollment without the enhanced PTCs would worsen the risk pool and raise premiums, so even people ineligible for PTCs would pay $712 more in premiums per person. These estimates are based on the characteristics of simulated enrollees with and without extension of the enhanced PTCs. In addition to differences in the applicable percentage-of-income limits for benchmark coverage (table 1), the estimates reflect differences in the incomes, ages, and family sizes of enrollees in each income group.

This last point is important to understand: Even if you aren't eligible for ACA financial assistance, letting the ARP subsidies expire will still cause your full-price premiums to go up substantially.

As the table referred to breaks out:

Here's the table breaking out the estimated change in Individual (aka Nongroup) Market enrollment by state in 2023 if the ARP subsidies are extended vs. if they aren't. I've also included the columns showing the Urban Institute's estimate of the net increase in the uninsured population in each state if the ARP subsidies are allowed to expire at the end of this year: 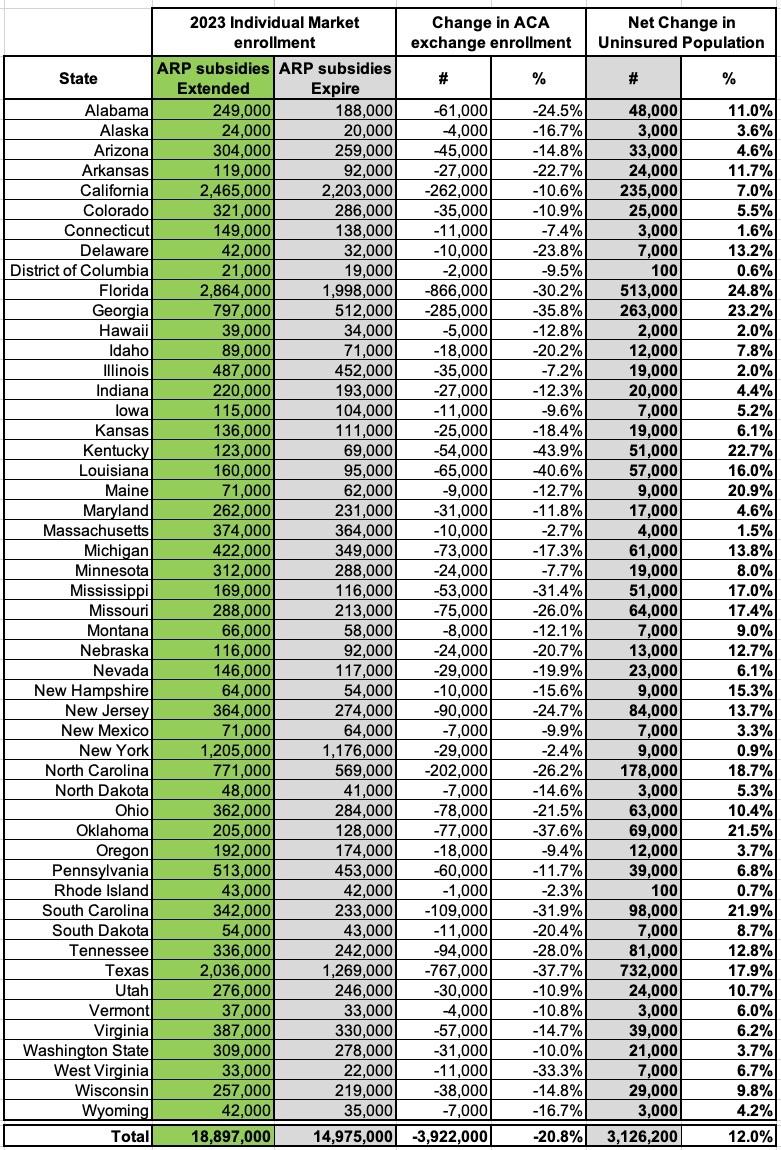 Again, that 3.9 million ACA individual market coverage loss would be partly cancelled out by around 681,000 of these folks managing to shift back to employer-based healthcare coverage and another ~100K or so gaining other types of coverage...but that would still leave a whopping 3.13 million more Americans without healthcare coverage of any sort, while most of the remaining ~15 million with individual coverage would see dramatic insurance premium increases averaging up to $2,000/year apiece or more.