Maryland: Private QHPs up 2,400 in last week of February 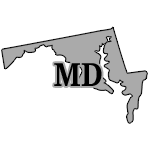 Maryland's private QHPs went up 2,434 in the last week of February. More noteworthy, Maryland's exchange seems to be getting a lot of pressure to explain their "paid/unpaid" data; this is the most extensive explanation I've seen from any state about the subject (except for one Vermont report last month). They're up to 38,070 total, of which 20,439 are paid up.

Medicaid numbers are the same, since they're still through 2/25.

Through March 1, 38,070 Marylanders have chosen to enroll in private health plans through Maryland Health Connection.

Minnesota: Another 1,000 since yesterday, no QHP/Med breakout??

On the one hand, it's nice to see Minnesota post 3 enrollment updates in a single week. On the other hand, for some reason they didn't include the exact number or the QHP/Medicaid breakdown this time. Not sure why...it's already known that their private QHPs have been making up around 30% of the total until now, and the exact tally through 3/1 will be out next week sometime anyway; no point in trying to mask low numbers. Strange.

Hawaii's private QHP exchange may still be a mess, but there's great news out of the Medicaid side: Over 48,000 new enrollees since October 1st. The article specifies that these are a combination of "strict expansion" and "woodworkers", though it doesn't break the total out between those two, which would have been nice to have, but so be it. Based on existing data, I'll assume roughly 25% woodworkers to 75% strict expansion for now, or 12K / 36K.

Hawaii has seen a spike in Medicaid enrollment since eligibility was expanded under the federal Affordable Care Act, with more than 48,000 new enrollees since October.

“The expansion (to 138 percent of the federal poverty level) meant Hawaii was expecting about 48,000 additional beneficiaries because of the mandate that you have to have insurance,” said Kayla Rosenfeld, spokeswoman for the Hawaii Department of Human Services, who noted that enrollment has exceeded that benchmark to date. Increasing enrollment is also due to greater awareness rallying Medicaid-eligible individuals “out of the woodwork.”

North Dakota: Medicaid up to 4K, facepalm on my own part

The good news is that North Dakota's Medicaid tally has gone up from 1,700 as of early January to over 4,000 at the beginning of February. The bad news is that due to an oversight on my part, this is actually a drop from what I had entered in that field (a confusingly-worded article in January led me to confuse enrollees with the potential pool, which was considerably higher). Anyway, ND Medicaid stood at 4,071 as of a month ago.

As of Feb. 1, 4,057 people in North Dakota had selected an insurance plan through the marketplace. That’s up from 2,624 who chose a plan in the final three months of 2013. Another 4,071 here have been determined to be eligible for Medicaid or the Children’s Health Insurance Program.

Another non-exact update; in a press release issued today, MNsure gives the combined total of QHPs & Medicaid enrollees as "more than 112,000", up around 3,000 from a few days back. As I did then, assuming the same 30/70 split that MN has had up until now, this means an increase of around 900 QHPs and 2,100 Medicaid enrollees.

As always, these figures will be adjusted as necessary when the formal data is released by MNsure.

To date, more than 112,000 Minnesotans have selected health insurance plans on the MNsure online marketplace. Under the Affordable Care Act, consumers must enroll in health insurance coverage by April 1, 2014, or face a penalty.

McKinsey Study claims Previously Uninsured up to 27% from 11%...and tells us nothing.

Back in January, the McKinsey Center for U.S. Health Care Reform gave a lot of anti-ACA forces ammunition when they released a study which claimed that only 11% of the total exchange-based enrollees through the end of December had been previously uninsured.

This sounded awfully low to me, especially since New York was reporting that fully half of their enrollees were previously uninsured, but no one else seemed to be tracking this data point at the time, so it was all we had to go on.

It seems that Illinois has seen Medicaid enrollments shoot up quite a bit more than expected since ACA Expansion officially went into effect on January 1st. This appears to be primarily due to the "woodworker effect", which the article, as a bonus, breaks out specifically: 200K Strict Expansion + 115,000 Woodworkers:

Two nice finds about Connecticut from contributor deaconblues today. The first article (about CT shopping their successful exchange website package around to other states) gives the QHP enrollment through 3/01 as roughly 58,000; this is up from 53,673 eleven days earlier, an increase of 4,327.

The second article gives the total enrollments as of 2/24 as around 128,000, which suggests around 80,000 Medicaid enrollments, but a little simple math to account for the 5-day difference in the two figures gives the actual Medicaid portion of that as being around 2,100 higher, or 82,100 total. This is an increase of 9,120 people in 6 days.

As of March 1, some 58,000 state residents had signed up for private health insurance through Access Health CT, nearly twice the goal of 33,000 established by federal officials for the entire open enrollment period, which runs through the end of the month, according to Kevin J. Counihan, chief executive of the Connecticut exchange.

At a press conference today, the Secretary of the DHSS announced that Delaware's private QHP enrollments went up 38% in February while Medicaid expansion went up 55%, to 6,994 and 2,168 respectively. Not much in sheer numbers but a nice bump for a small state. This brings Delaware up to 58% of their reasonable 1st year QHP goal of 12,000.

Sec Landgraf says 6,994 Delawareans have enrolled in the marketplace through Feb. 28, up 38% from last month's report. #choosehealthDE