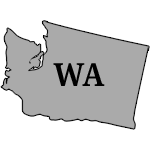 After a couple of weeks where the paid QHPs seemed to only be drawing from the existing unpaid enrollments (a sign of new additions drying up), WA seems to be back in gear with 2,740 more paid QHPs, 4,019 more unpaid QHPs and 16,247 new Medicaid/CHIP additions, all since February 27th.

*Note: These numbers reflect enrollments and applications through March 6.

Looks like the 30/70 QHP/Medicaid split that I've been assuming for Minnesota has shifted somewhat; as a result, I actually have to lower the QHP number by a bit compared with the 3-4 mini updates from last week. MN QHPs now stand at 33,362; new Medicaid/CHIP enrollees are at 85,267 as of March 11. 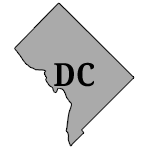 DC itself has an unusual situation: Due to the quirky ACA rule that has Congressional Staffers (some 10,000 of them) enroll via the Small Business SHOP exchange instead of the individual exchange (or that of their home state), DC's SHOP exchange actually has twice as many enrollees as individual QHPs. Anyway, QHPs have gone up 267 in the first week or so of March, while SHOP enrollees have gone up 104. Meanwhile, new Medicaid enrollees are up 506.

As of March 9, 2014, 30,642 people have enrolled through DC Health Link in private health plans or Medicaid:

Eureka! I just received an explanation from the New York Dept. of Health of the mysterious 40,000 QHP enrollment discrepancy between the February HHS report and the New York State of Health press releases--apparently the additional 40K are newly-added enrollees in NY's Child Health Plus program, which is privately operated (and thus not included under Medicaid/CHIP) but is also technically not an official "Qualified Health Plan" by the technical definition.

According to the NY DOH, the higher NYSoH enrollee numbers include both the technical QHPs as well as enrollment in the state's CHild Health Plus program. This program covers kids up to 19 years old, with subsidies given for families up to 400% of the FPL. Therefore, children who fit this criteria get enrolled in Child Health Plus instead of actual QHPs.

They've specifically confirmed that "over 40,000 additional children have been enrolled in Child Health Plus through the Marketplace."

Contributor Steve Ciccarelli brought the following footnote ("Appendix D") from the February HHS report to my attention, which kind-of, sort-of explains the 40,000 QHP enrollment discrepancy between HHS (which gives the 3/01 total as 244,618) and the NY State of Health Exchange, which had the total as appx. 285K as of 3/01:

It is important to note that the SBM enrollment-related data that are reported in this issue brief represent state data that have been reported to CMS through March 7, 2014, and may differ from comparable data that have previously been publicly reported on SBM websites or in media reports because that data may be based on different time periods or metric definitions from those used in this report.

I've already corrected for the "different time periods" in order to get the 285K number from the NY exchange for March 1st. The 40,000 difference between them and HHS appears to fall into the "different metric definitions".

Which tells me...exactly nothing. Sigh.

States by the Numbers: QHPs as a Percent of the Uninsured

Here's all 50 states, sorted by their achievement of sensible "% of 7M" QHP enrollment goals (as opposed to the CMS's state-by-state projections, which never made much sense).

Two caveats: First, most of the state-based exchanges (blue rows) have an unfair advantage, as their numbers include some post-3/01 data. However, this should still give a good general sense of how the states are doing going into the home stretch. Second, all QHP numbers shown include unpaid enrollments, even for states which have broken them out; this seemed more consistent to me (and yes, I realize the contradiction in going for consistency on that front while still including post-February data on some states, but what the heck).

Anyway, as you can see, the state exchanges are definitiely in the lead:

--Vermont is crushing everyone else, with more than 300% of their fair share of the 7 million figure enrolled

--Washington, Connecticut, DC, Rhode Island and California, all state-based exchanges are all also above their "7M CBO" projections

--4 more states are also overperforming (that is, above the 89% mark; the enrollment period is 89% of the way through as of today): Idaho, New York, Maine and Michigan

--Interestingly, even though the Massachusetts and Oregon exchange websites are still complete messes, both states are actually "peforming" quite well now in terms of actual enrollments based on their reasonable percentage of the total uninsured nationally. In both cases, the states wisely made the decision to pour a ton of resources into manually processing enrollments instead of focusing purely on fixing the websites. While neither should be cheering, this tactic does seem to be acting as a pretty effective workaround.

--Meanwhile, the other 3 troubled websites, Hawaii, Nevada and Maryland, are indeed in the lower half of the list...but amazingly, Hawaii (with arguably the worst-running exchange) is above the other two, based purely on their extremely low uninsured population to begin with.

--Finally, bringing up the rear are mostly the usual suspects: Wyoming, Iowa, South Dakota, Louisiana, Texas, West Virginia, Oklahoma and Alaska. The only surprise (to me) here is to see New Mexico coming in dead last; as far as I know, NM's political climate should be fairly ACA-friendly, but so be it.

California & New York: The Good, the Bad & the Confusing

The February HHS Report included some especially confusing numbers out of the two largest state-run exchanges, California and New York, as both seemed shockingly low given how successful they both seemed to be doing in the first half of the month.

In the case of California, they were kicking serious ass in the first half of February, averaging around 7,200 QHP enrollments per day. Unfortunately, a few days later the CoveredCA exchange was hit with a very nasty technical problem which brought things to a standstill for not the 3 days that I thought, but 5 days. Result? The daily average dropped from 7,200/day in the first half to only 2,800/day for the second half of the month:

New federal data show 868,936 Californians signed up for health insurance in the state's exchange through March 1.

OK, now that I've resolved the 290K discrepancy from the HHS report (short answer: they corrected the report sometime yesterday, but the total hasn't changed), and have confirmed that someone from HHS/CMS is checking on the 40K New York QHP discrepancy, I've finally been able to update both The Spreadsheets (QHP and Medicaid) and The Graph with the latest data. Here's where things stand as of the morning of March 12th:

Do me a favor. Go to the February HHS Report right now, scroll down to pages 21 & 22, and enter the numbers in Column 5. Go ahead, I'll wait.

However, when you add the two together, guess what?

@charles_gaba the report online was updated yesterday i believe: http://t.co/hi7225xDjl

What the heck is going on with New York???

I ran into a similar issue a month ago, and thought I had straightened it out, but there's a major disconnect between the official HHS numbers for New York and the NY State of Health press release data.

According to HHS, New York only enrolled 33,328 people in February:

However, here's the official QHP enrollment numbers according to NY State of Health: