OK. The latest weekly snapshot released by the HHS Dept. an hour or so ago was about 25,000 enrollees higher than I figured, which is nice. However, the real news was that they included a state-level breakout of all 37 states, which is awesome!

I've plugged all 37 states into the spreadsheet, broken into 2 numbers: Total active renewals (ie, those who actively renewed or switched plans by the 12/15 deadline) and total autorenewals + new enrollments (unfortunately, I can't really break these out; I tried, but there are overlaps between the 12/15 ASPE report and the 12/19 weekly snapshot). In addition, the autorenewals are a "lump sum" instead of being broken out by state; I attempted to estimate based on the percent-of-total but came up with some states having negative figures, so obviously there are too many variables. That is, just because a particular state has, say, 2% of the active renewals doesn't mean they had 2% of the auto renewals, and so on.

Anyway, after plugging everything into the spreadsheet--along with the state-based exchange data--I can now see just where the HC.gov QHPs are...and the results are impressive and interesting in several ways:

UPDATE: I thought I explained this above, but it seems to be causing confusion, so I'll explain further here:

I should also note that at 7.82 million confirmed QHP selections to date, we're now at least 75% of the way towards the HHS Dept's target of 10.4 million by 2/15 (and likely almost 90% of the way there when you include the missing data from CA, NY, etc). 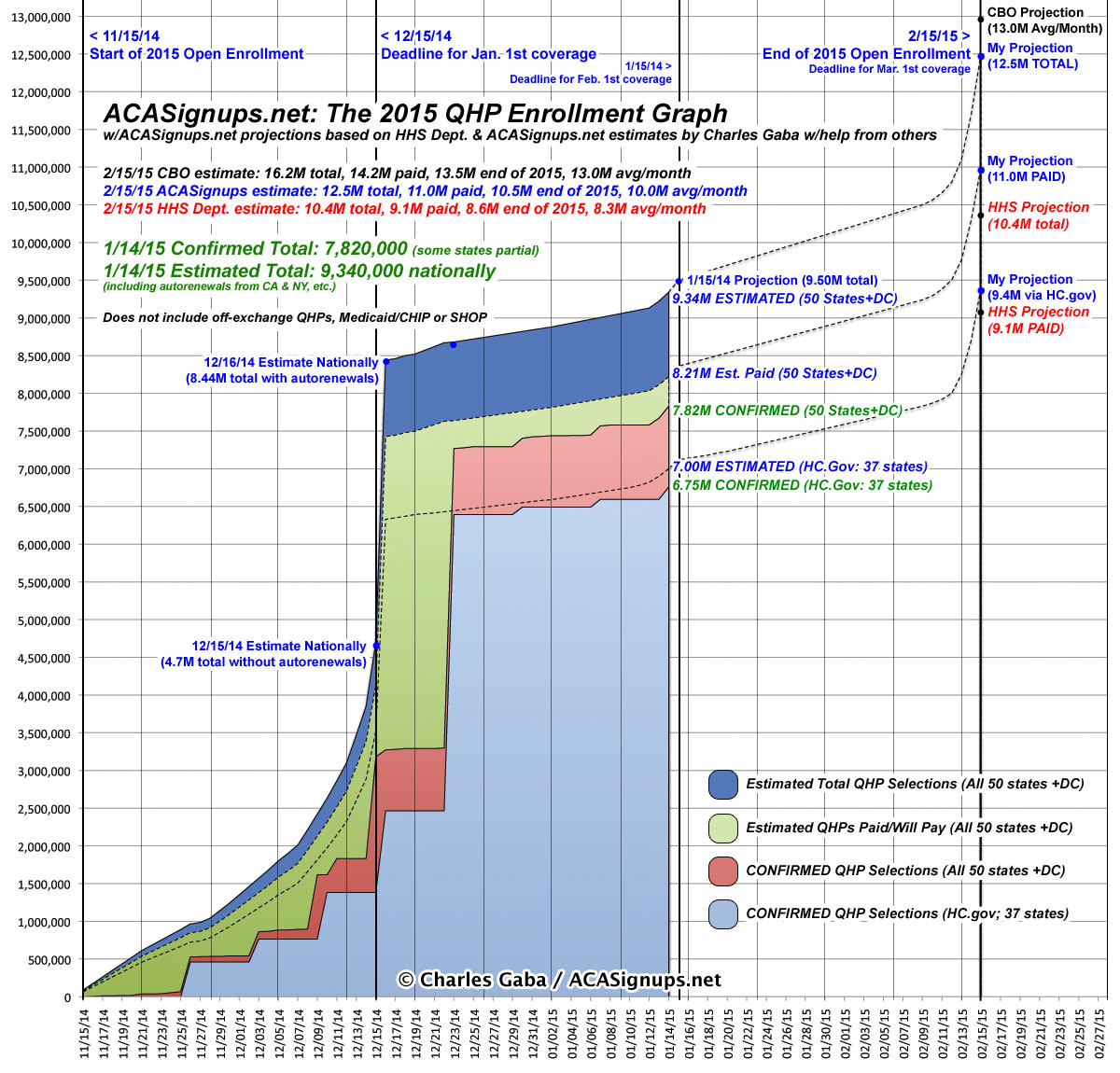