Earlier, I noted that now that the HHS Dept. has broken out the 6.75 million confirmed QHP selections by state, combined with the state-based exchange data that I also have, I'm finally able to get a real sense of how each individual state is doing so far. I noted that 18 states have already reached 100% of their respective 2015 QHP goal based on the official national HHS projection of 10.4 million QHP selections by February 15, and many others are close to that.

Of course, I shouldn't be too geeked about that, since the HHS projection was almost certainly lowballed somewhat to begin with. Therefore, I've also come up with my own projection of where I think things will stand by 2/15: Around 12.5 million QHPs total. None of the states/DC have reached my state-level targets yet, although 4 small states (Alaska, Delaware, DC and North Dakota) are over 90% of the way there.

With that in mind, I've put together the following graphics which give a visual sense of how the states are doing. The first is just a simplified version of the QHP spreadsheet; the second is a very large bar chart so you can see where all 50 states (+DC) stand so far.

There are 4 states which have important caveats: California, Hawaii and New York are all missing renewal data from 2014 enrollees. This is huge, especially for CA and NY; there are likely up to 1.3 million "missing" 2015 enrollments based on this alone (around 960K in CA, 320K in NY and perhaps 10K in Hawaii).

Meanwhile, Massachusetts has a very unusual situation. In addition to all enrollees having to start over again (as they had to in MD, NV and OR), they also have something like 200K MA residents in "temporary coverage" by the state who have been broken into different color-coded groups and who (as I understand it) are being "released" onto the new MA exchange at different times. As a result, not only don't they officially have any "renewals" from last year, this year's enrollees are being phased in over time by design anyway.

In addition to these 4 states, other items to note include:

That being said, data/chart geeks should like the following, especially the bar graph (warning: it's huge...so large that you'll probably have to click on it for the full-size version to be readable: 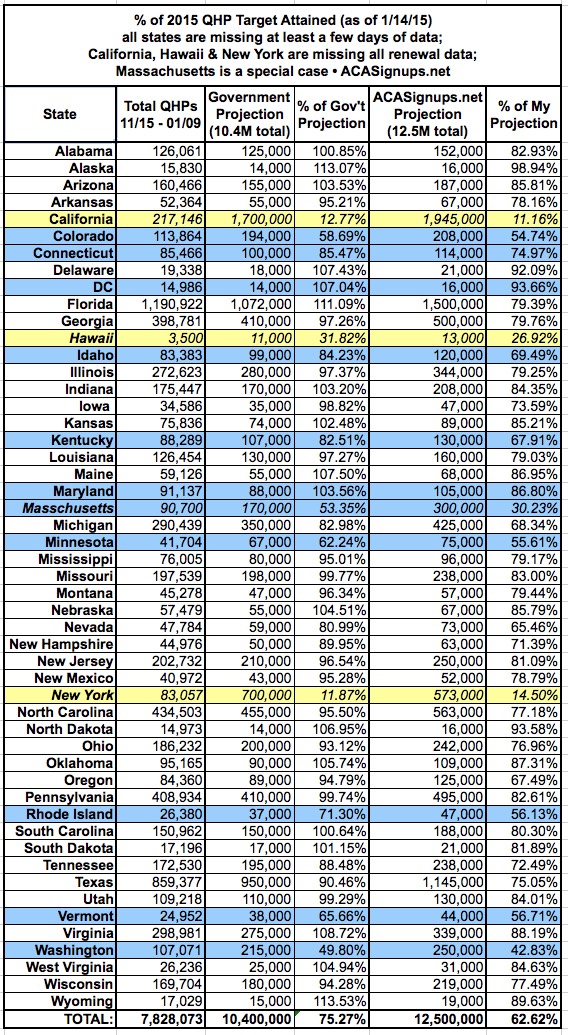 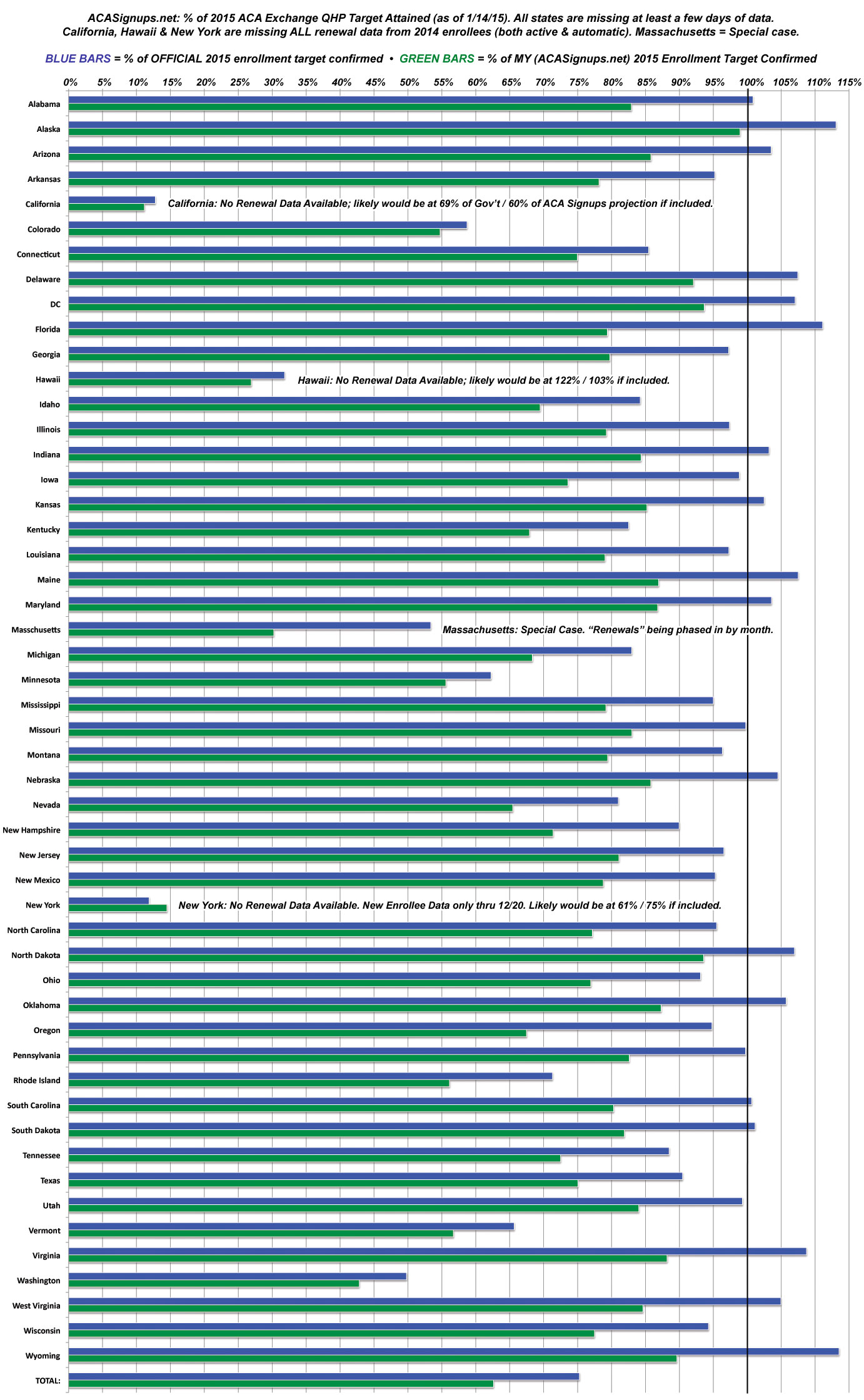