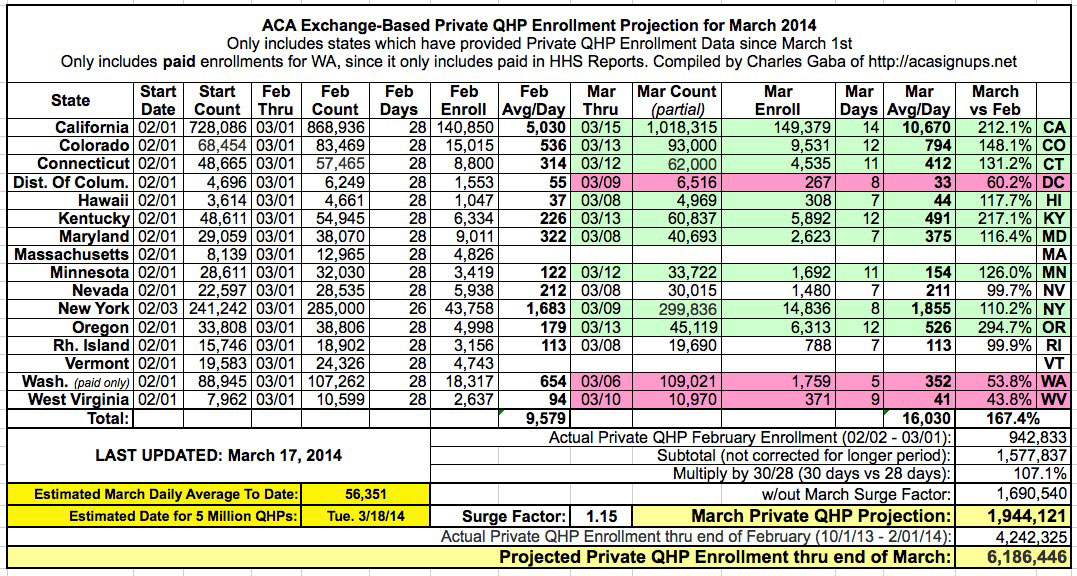 Follow-up from last night's post on Saturday's HC.gov enrollment: The final number ended up being over 40,000:

Through Friday, I had the daily average for QHP enrollments at around 43,000 (up from the 33.7K/day in February).

Last night I assumed that the total HC.gov enrollments for Saturday (3/15) wold end up being around 32K based on the 6:30pm total of 23K.