via the New Jersey Governor's Office:

Open enrollment is the one time of year residents who do not have health insurance through an employer or other program such as Medicaid or Medicare can enroll in a plan. Consumers must enroll by December 31, 2021 for their coverage to take effect on January 1, 2022. 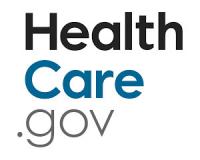 The Centers for Medicare & Medicaid Services (CMS) is reporting that in week one of the 2022 Open Enrollment Period, approximately 774,000 people selected individual market plans in the 33 states that utilize the HealthCare.gov platform. During Open Enrollment, CMS will release weekly enrollment snapshots that provide point-in-time estimates of weekly plan selections, Marketplace Call Center activity, and visits to HealthCare.gov and CuidadoDeSalud.gov for states that utilize the platform.

via the Centers for Medicare & Medicaid Services (CMS):

The Centers for Medicare & Medicaid Services (CMS) is providing approximately $750 million in additional funding in 2022 to support the Essential Plan, New York’s Basic Health Program (BHP), as well as added funds for 2020 and 2021. The additional funds, made available through the American Rescue Plan, increase New York’s ability to provide health care coverage to approximately 1 million individuals.

Way back in October 2013, I launched the ACA Signups project as a light, nerdy hobby thing which was only supposed to last around six months, through the end of the first ACA Open Enrollment Period (March 31, 2014). Instead...well, let's just say that it's more than eight years later and I'm still doing this.

The pattern for both the federal and state-based exchanges typically looks like this:

via the Washington HealthPlan Finder:

Over 208,000 Washington Residents Sign Up During First Week of Washington Healthplanfinder Open Enrollment