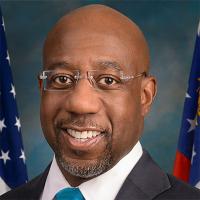 The Biden-Harris Administration is announcing today that more than 59 million Americans with Medicare Part B, including those enrolled in a Medicare Advantage plan, now have access to Food and Drug Administration (FDA) approved, authorized, or cleared over-the-counter COVID-19 tests at no cost. People with Medicare can get up to eight tests per calendar month from participating pharmacies and health care providers for the duration of the COVID-19 public health emergency.

Biden makes it clear that #KillTheCliff & #UpTheSubs are the START of his healthcare vision, not the end.

As expected, the healthcare section of President Biden's first address to a joint session of Congress (technically not a State of the Union, but close enough) included a call for making the subsidies expanded under the American Rescue Plan permanent as part of the American Families Plan.

Also as expected, he did not call for other major healthcare reform priorities to be baked into the #AmFamPlan.

He did, however, spend significant time calling for those other priorities to be passed separately from the AFP...considerably more than he did on the subsidies themselves.

Before I get into the proposed healthcare policies: Early on in the speech, Biden gave a shout-out to his Administration for the success of the current, ongoing COVID Special Enrollment Period:

This morning, healthcare reform advocacy organization Protect Our Care held a webinar in which they went over the results of a new national survey of 1,200 Americans conducted a couple of weeks ago called, simply enough, "Next Steps on Healthcare: What Voters Want".

For the most part, none of the results are terribly surprising:

Several of the questions were more about the framing of the issues--that is, which specific types of messaging work best.

Updated: Progressive *and* New Dems agree: The #AmFamiliesPlan can pass #ACA 2.0 *and* beef up Medicare at the same time!

The Biden Administration's first major bill was, of course, the American Rescue Plan, which actually consisted of perhaps a dozen smaller bills which were debated and passed out of a bunch of different House/Senate committees individually before being merged together into the larger package bill.

The next major legislative effort in the works is supposed to be an even larger omnibus infrastructure bill, broken into two major sections: "The American Jobs Plan" and "The American Families Plan". The "Jobs Plan" is supposed to include so-called "hard infrastructure". Here's the summary of the major bullets according to the White House website:

This is mostly an updated version of a post from last week, but there's some important new (potential) developments. Via Amy Lotven of Inside Health Policy:

The White House is expected to roll out the health care priorities for its two-part infrastructure package sometime this Spring, and the health piece potentially could move separately now that the Senate parliamentarian has agreed Democrats have another shot passing their priorities through a simple majority. While there appears to be consensus that the bill will expand, or make permanent, the Affordable Care Act tax credits from the American Rescue Plan, other policies are less clear and will likely depend on the amount of offsets lawmakers can glean from drug-pricing measures.

#ACA 2.0 to be included in the next big "Human Infrastructure" bill...and #HR3 could pay for a big chunk of it

via Amy Lotven and John Wilkerson of Inside Health Policy:

House Speaker Nancy Pelosi (D-CA) said everything is on the table for the next legislative package that is expected to focus on infrastructure improvements and include health care provisions like a permanent increase to the Affordable Care Act tax credits — and she said the package likely will be paid for by tackling prescription drug prices.

...Pelosi said including House Democrats’ drug pricing bill, H.R.3, would pay for $500 billion of the cost of the infrastructure bill, part of which could be used to boost ACA tax credits and make ACA coverage more affordable. The savings also could also be used for other health-related efforts, she said. For example, House Energy & Commerce Chair Frank Pallone (D-NJ) has been working with Rep. Jim Clyburn (D-SC) to expand community health centers and to improve broadband services, which would support telehealth.

Remember all the crap Obama took over HealthCare.Gov six years ago? Guess what?

On the one hand, this isn't nearly as big of a technical disaster as the HealthCare.Gov launch was in 2013, I admit.

On the other hand, only 8 million people enrolled in ACA exchange plans in the first 2013-2014 Open Enrollment Period, whereas nearly 60 million are enrolled in Medicare.

via the House Energy & Commerce Committee via email: