Boy, that was fast! From today's Baltimore Sun:

The start of open enrollment on the state's online marketplace for health insurance went smoothly Sunday, officials said, with almost 780 people signing up by late afternoon and many others calling for information or meeting in person with professional advisers.

The Maryland health exchange launched free of the technical problems that disrupted enrollment in the first enrollment season beginning in the fall of 2013.

Performance improved in 2014. Consumers this time were promised a user-friendly website, a simpler application and better access to knowledgeable brokers to help them choose plans, exchange officials said.

Those moves were expected to help the state reach a goal of signing up 150,000 people in private plans, up from 115,000 last year.

"It was a good first day," said Andrew Ratner, exchange spokesman. "Especially being a Sunday."

UPDATE: Have QHP enrollments have INCREASED since June?

When I updated my #OE3 state-level enrollment projections yesterday, I came across this official projection for #OE3 from Your Health Idaho's Sept. 18th board meeting minutes:

Rep. Rusche asked what our target enrollment is for this cycle and what barriers we see in making those targets. Mr. Kelly said the team is focused on the 80% goal of 92,000 as our enrollment target.Premium increases are a potential barrier. Net premium is a relatively small increase for most consumers, and each consumer will experience something different depending Page 5 of 14 on their plan, their location, their carrier, etc. We feel that while the premiums are increasing the relatively small net premium increase will mitigate this barrier to a large degree.

When I asked for clarification, they informed me that:

In my most recent Maryland exchange update, I noted that after months of ACA exchange enrollments increasing during the off-season (if slowly), net policy cancellations finally started to outweight off-season additions starting in August:

As of Aug. 13th, 606,226 Marylanders have enrolled in quality, affordable health coverage for 2015 through Maryland’s state-based insurance marketplace.

Today, the exchange tweeted out a quickie update ahead of the 2016 Open Enrollment period:

A couple of days ago I noted that Covered California is adding a very good feature this year: They're opening up 2016 enrollment nearly 3 weeks early...for those who are already currently enrolled. Starting this monday, Oct. 12, current enrollees will be able to renew or switch to a different CoveredCA plan, 19 days ahead of he official Nov. 1st Open Enrollment launch.

Today I discovered that at least one other state-based exchange (Kynect, in Kentucky) is doing this as well...sort of: 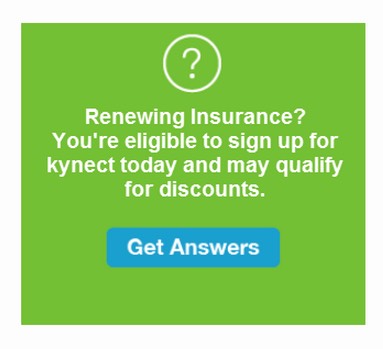 I clicked through and saw this listed under the Frequently Asked Questions:

1. How do I enroll in kynect?
Simply visit kynect.ky.gov or talk to your insurance agent. If your insurance plan is up for renewal, you may be eligible to enroll through kynect today. You can also call Customer Service at 1-855-4kynect (459-6328).

They even whipped up a simple video stepping you through the process (oddly, the background music seems to have been lifted from "There's Something About Mary", which is either a good or bad omen depending on your POV):

Long-time readers (and anyone from Maryland, I presume) know that the Old Line State (I have no idea whether that nickname is actually widely used?) was among those whose 2014 ACA exchange website turned out to be a huge technical mess. Oregon and Nevada received most of the headlines because they both ended up scrapping theirs completely and moving home to HealthCare.Gov this year (to be followed by Hawaii in 2016), but along with Massachusetts, Maryland went the "Try, Try Again" route.

Not sure how this one got by me, but the Maryland Health Benefit Exchange actually released some updated enrollment numbers over a week ago:

Nearly a half-million Marylanders — 493,346 — have enrolled in quality, affordable health coverage through Maryland Health Connection for 2015.

That includes 126,346 people enrolled in private Qualified Health Plans and 367,000 enrolled in Medicaid from Nov. 15, 2014 through July 5, 2015. About 92 percent of enrollees through the state’s health insurance marketplace are receiving some form of financial assistance.

Medicaid enrollments are year-round. And while open enrollment for private health insurance for 2015 coverage ended in February, people may still enroll if they have a qualified “life event.”

The "92% receiving financial assistance" bit is slightly misleading; that's true, but only because the Medicaid enrollees are lumped in. If you're talking about QHPs only, it's more like 69% (87.2K out of 126.3K). Whether that's a good or bad thing obviously depends on your POV.