BALTIMORE – The Maryland Insurance Administration today announced approved premium rates for both small group and individual health insurance plans to be offered in the state for coverage beginning Jan. 1, 2017. More than 90% of Marylanders are covered by health insurance plans offered through large employers or employers who self-insure, or participate in “grandfathered” plans purchased before March 2010 or in Federal plans (such as Medicare, Tricare, or federal employee plans). For these Marylanders, today’s announcement will not affect their rates.

To assist the Administration in making rate decisions, MIA actuaries reviewed the data, methodologies, and assumptions companies used to develop their proposed rates. The Administration also considered public comments, along with other relevant factors, in determining whether to approve, modify or deny requested rates.

Below is a list of carriers and their average approved versus requested change in small group rates: 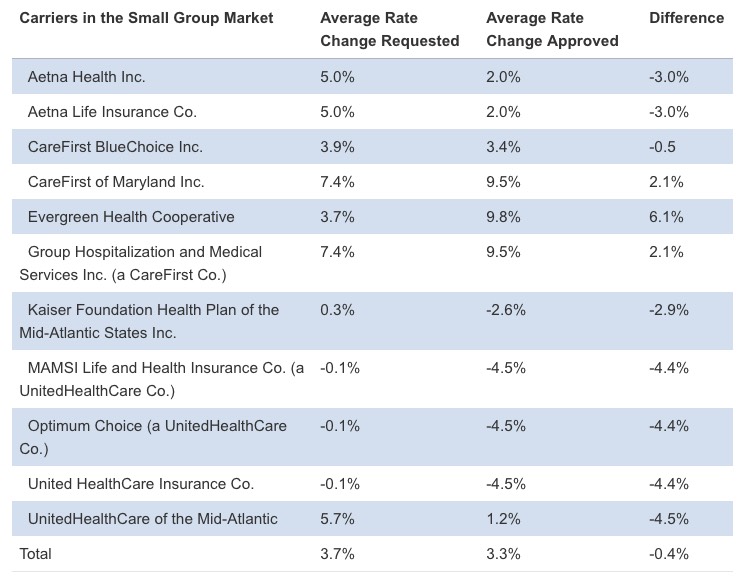 Approximately 4.4% of Marylanders are enrolled in individual health plans. In the individual market health insurers have sought rate adjustments in response to significant changes in federal regulation and market dynamics over the past three years. The Administration also announced individual health insurance rates. Below is a list of carriers and their average approved versus requested change in individual rates: 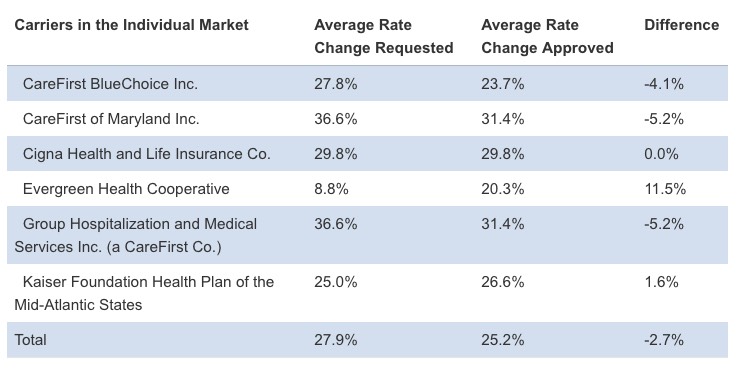