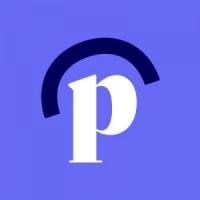 A couple of weeks ago I noted that the Washington HealthPlan Finder has launched a special enrollment period for several hundred WA residents who were misled into enrolling in non-ACA compliant healthcare policies via fraudulent marketing by a company called "Benefytt Technologies."

via the Michigan Dept. of Insurance & Financial Services:

(LANSING, MICH) The Michigan Department of Insurance and Financial Services (DIFS) has issued a cease-and-desist order against a healthcare sharing ministry and two connected companies for allegedly acting in violation of the Michigan Insurance Code.

“Health care sharing ministries can have a role in fostering the health, fellowship, and sense of community for individuals of faith, but they must follow the requirements of the law,” said DIFS Director Anita Fox. “The DIFS investigation showed that the companies under this cease-and-desist order are essentially operating as unlicensed health insurance companies, in violation of the Insurance Code.”

Two states in two days...just 24 hours after the Washington State Insurance Commissioner pulled the plug on the "Aliera Healthcare" and "Trinity Healthshare" healthcare sharing ministries for fraud, the New Hampshire Insurance Dept. is issuing a similar warning (although they don't appear to be actually shutting the operation down just yet):

CONCORD, NH – As a result of a recent Georgia court order, the New Hampshire Insurance Department is advising consumers that Aliera, a company that markets itself as a health care sharing ministry, may be operating illegally in New Hampshire.

On the surface, that may look bad, but bear in mind that with a 90% payment rate (which I suspect is actually pretty close to the non-ACA industry standard, and which is about 2 points better than last year), that means only about 10.5 million of the original enrollees would have been expected to actually be enrolled in March anyway. That leaves another 332,000 people who presumably paid up for January, February and/or March, but had dropped their policies by the end of March.