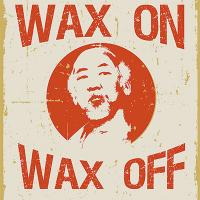 This is a quick post...to be honest, it's mainly here just to remind myself to refer to the link again for a later project. But I just wanted to remind everyone that in addition to the exchange-based Qualified Health Plan listings at HealthCare.Gov (which cover 38 states) and the rate review database where you can search through the proposed (and, eventually, approved) rate hikes for every ACA-compliant individual or small group policy by carrier, there's also a third HC.gov database: The Plan Finder.

This Plan Finder website is provided by the federal government to help you find private health plans available outside the Health Insurance Marketplace. We want you to find health insurance that best fits your budget and meets your needs.

This may seem like common knowledge now, but in 2014, it felt like I was one of the only people who recognized that there were millions of people enrolling in ACA-compliant policies off of the ACA exchanges, directly via the insurance carriers themselves. My best estimate for 2014 was that in addition to the 7 million or so exchange-based individual market enrollees, there were another roughly 8 million people who enrolled off-exchange (although several million of those were in non-ACA compliant policies).

Right on top of the Humana SEC filing I just wrote about comes this Q2 earnings conference call with Joe Swedish of Anthem (formerly WellPoint), which is an even larger insurance company nationally:

Our growth continues to be balanced so far in 2015 as we added 571,000 Medicaid members, 331,000 national members, 51,000 individual members and 16,000 local group members. As a reminder, we closed on the Simply Healthcare acquisition in February of this year, which contributed 209,000 members. These results have been supported by strong operating cash flow of $2.8 billion year-to-date, which represents 1.6 times net income.

Humana Group is one of the largest health insurance companies in the country. As such, their enrollment data being made available is extremely helpful in seeing where things stand and how they've changed nationally.

Today, Bob Herman of Modern Healthcare provided me with a link to Humana's latest SEC filing. In addition to a whole mess of financial info which is of little interest to me, there's also all sorts of year-over-year data about their enrollment numbers...including a very handy section about their individual market, broken out by ACA exchange-based, Off Exchange and even their non-ACA compliant enrollments (ie, "grandfathered" and/or "transitional" enrollees).