It's been nearly a month since I posted my final estimate of the official national and state-level tally for the 2021 Open Enrollment Period (OEP). At the time, I pegged the final total at just barely over 12.0 million QHP selections nationally...the first time an ACA OEP had hit that threshold since the end of the Obama Administration (this seems fitting for obvious reasons).

Earlier today, the Centers for Medicare & Medicaid (CMS) issued the official 2021 OEP report, as well as the accompanying Public Use Files (PUFs) which break the data out in all sorts of ways. Let's dig in!

More specifically, here's the state-by-state breakout, compared to my final estimates for the 15 state-based exchanges:

Next, let's compare year over year: 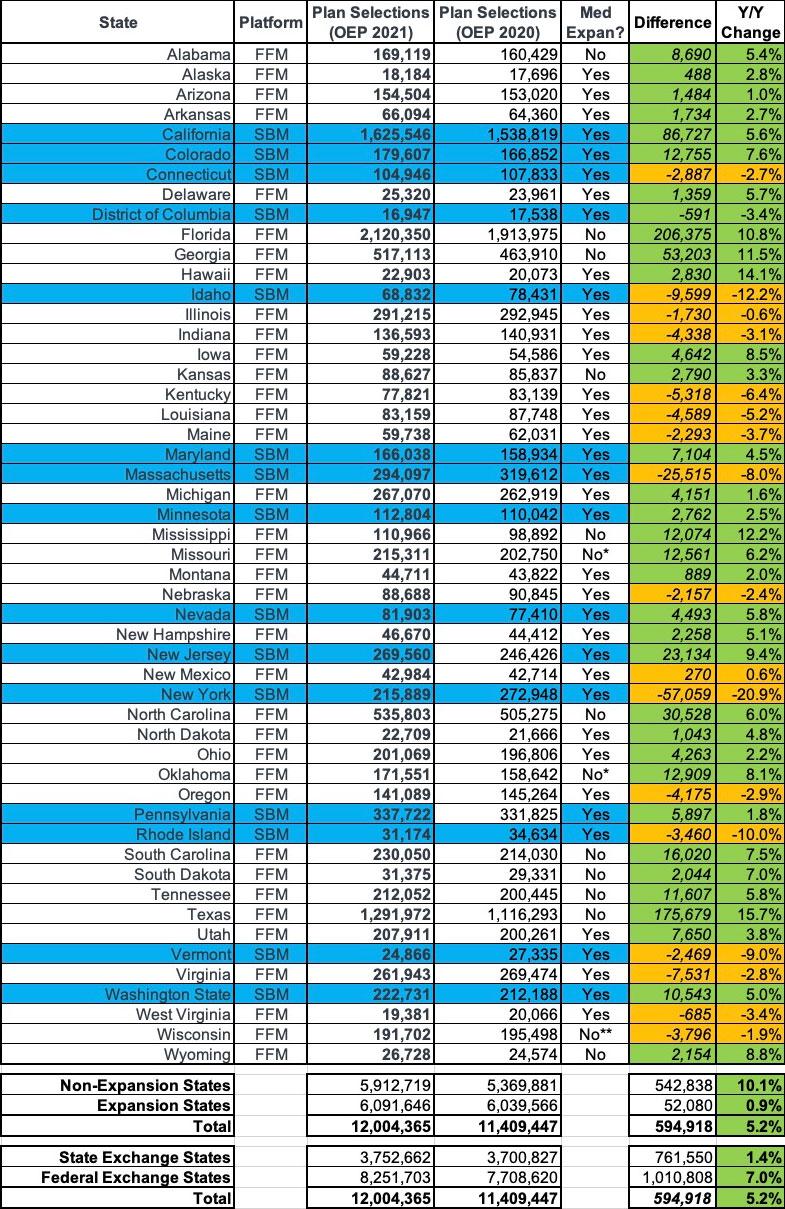 Oddly, the official 2020 OEP report says that total enrollment was around 14,000 fewer last year than I thought, presumably due to last-minute data cleanup, terminations, etc. In any event, the final numbers are still very close to what I had them pegged at for both years:

Here's what this looks like since 2014...it's difficult to do a proper apples to apples comparison since several states have shifted from state-based to federal-based exchanges or vice-versa over the years. This year in particular, it looks like the state exchanges outperformed the federal exchange, but that's because both New Jersey and Pennsylvania split off onto their own exchange: 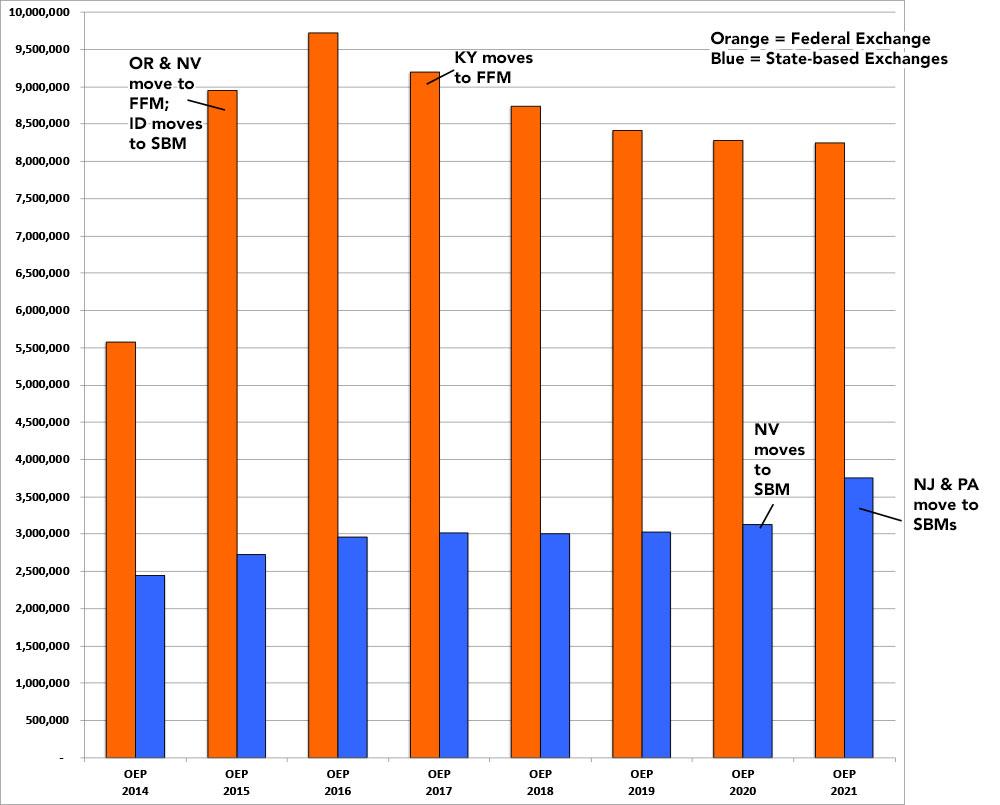 There's several tables included in the OEP report, but to be honest, most of the stats aren't terribly interesting, or at least there's ot a whole lot that's jumping out at me compared to last year. Most of the percentages stayed pretty much the same year over year, which is a bit surprising given the turmoil caused by COVID-19:

The last table is one I haven't seen before and this one's kind of interesting...it shows the average deductibles for the different metal levels each year, including a breakout of the 3 different Cost Sharing Reduction (CSR) tiers. This helps give an idea of just how much CSR helps lower-income enrollees, since each is compared against the average Silver plan.

I've broken out the metal levels selected by 2021 OEP enrollees for every state, and have highlighted the states where more than 50% of all enrollees selected either Bronze, Silver or Gold plans. The only state where Gold dominated is Wyoming, which makes sense given the lopsided Silver Loading pricing there.

As usual, fewer than 1% of all enrollees selected either Catastrophic or Platinum plans (in fact, these aren't even offered in some states), but the District of Columbia has some very unusual numbers--not only did more than 22% of all DC enrollees choose Catastrophic or Platinum plans, but the other 3 tiers are split nearly evenly (29% Bronze, 25% Silver, 24% Gold). I'm assuming this has a lot to do with Medicaid eligibility extending all the way up to 215% FPL for childless adults (vs. 138% in most states), but beyond that I'm not sure what's going on there: 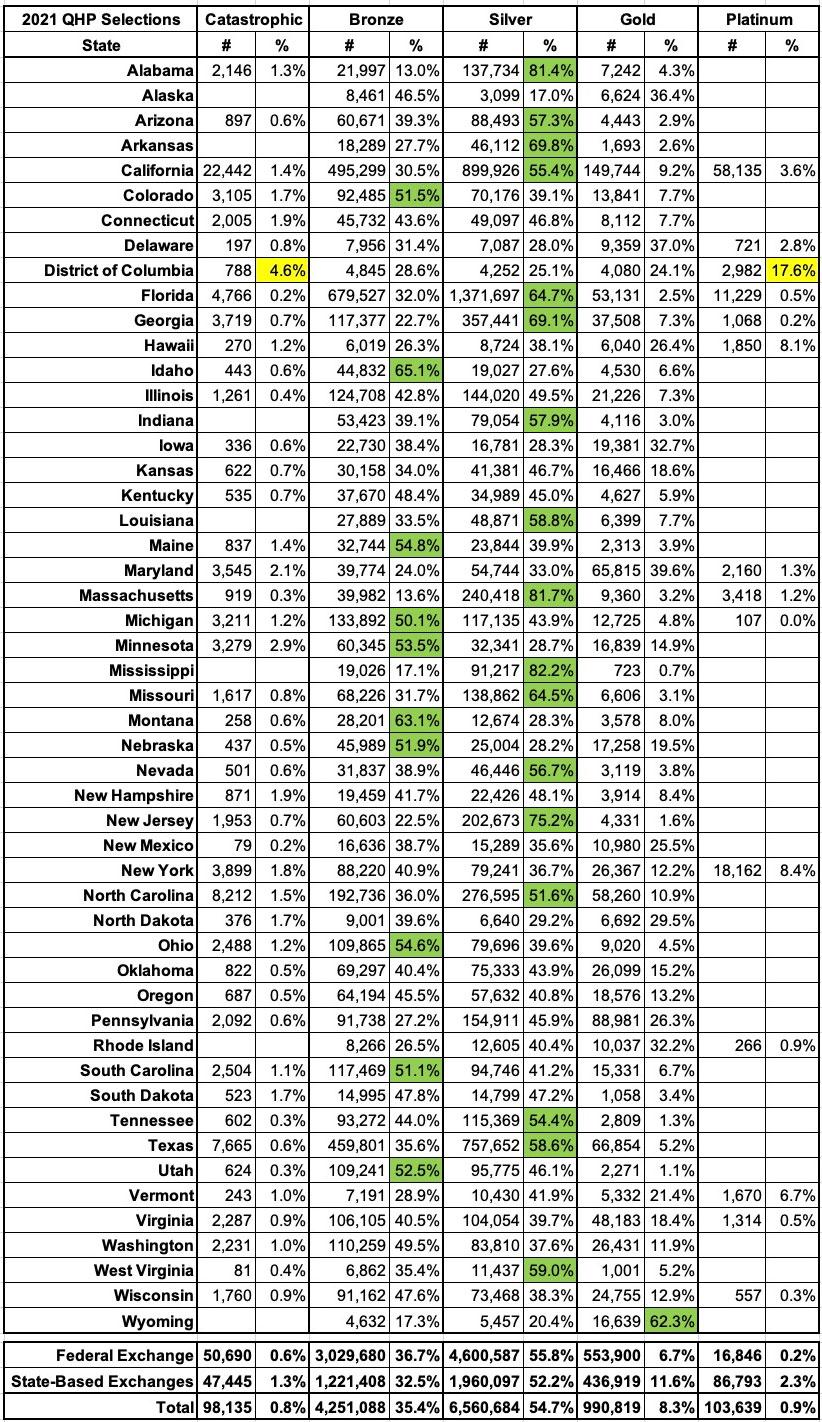 I've also broken out the income brackets for enrollees in every state (except Idaho, where it isn't available): 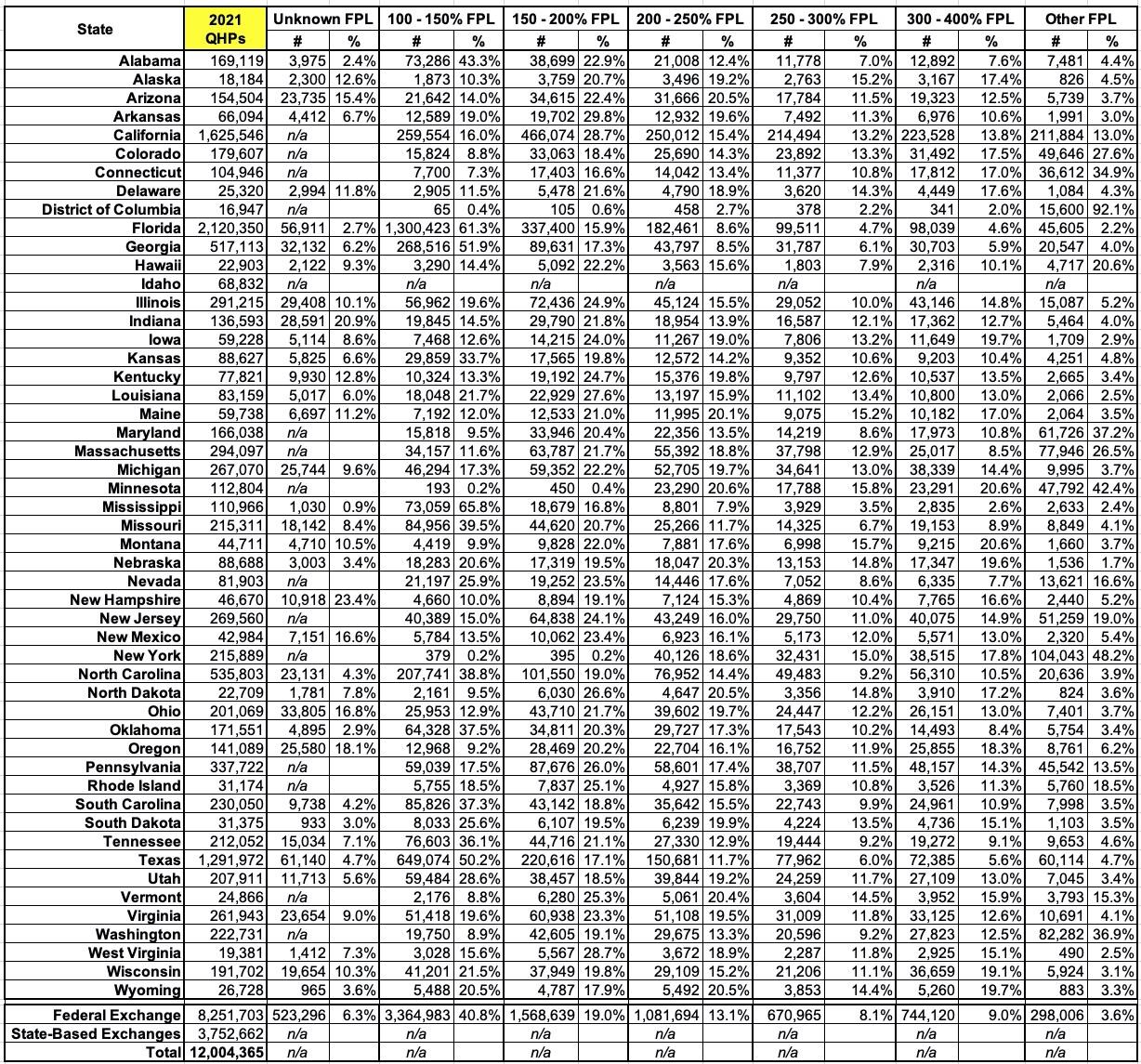 Finally, here's the final version of The Graph, mostly for sentimental value: 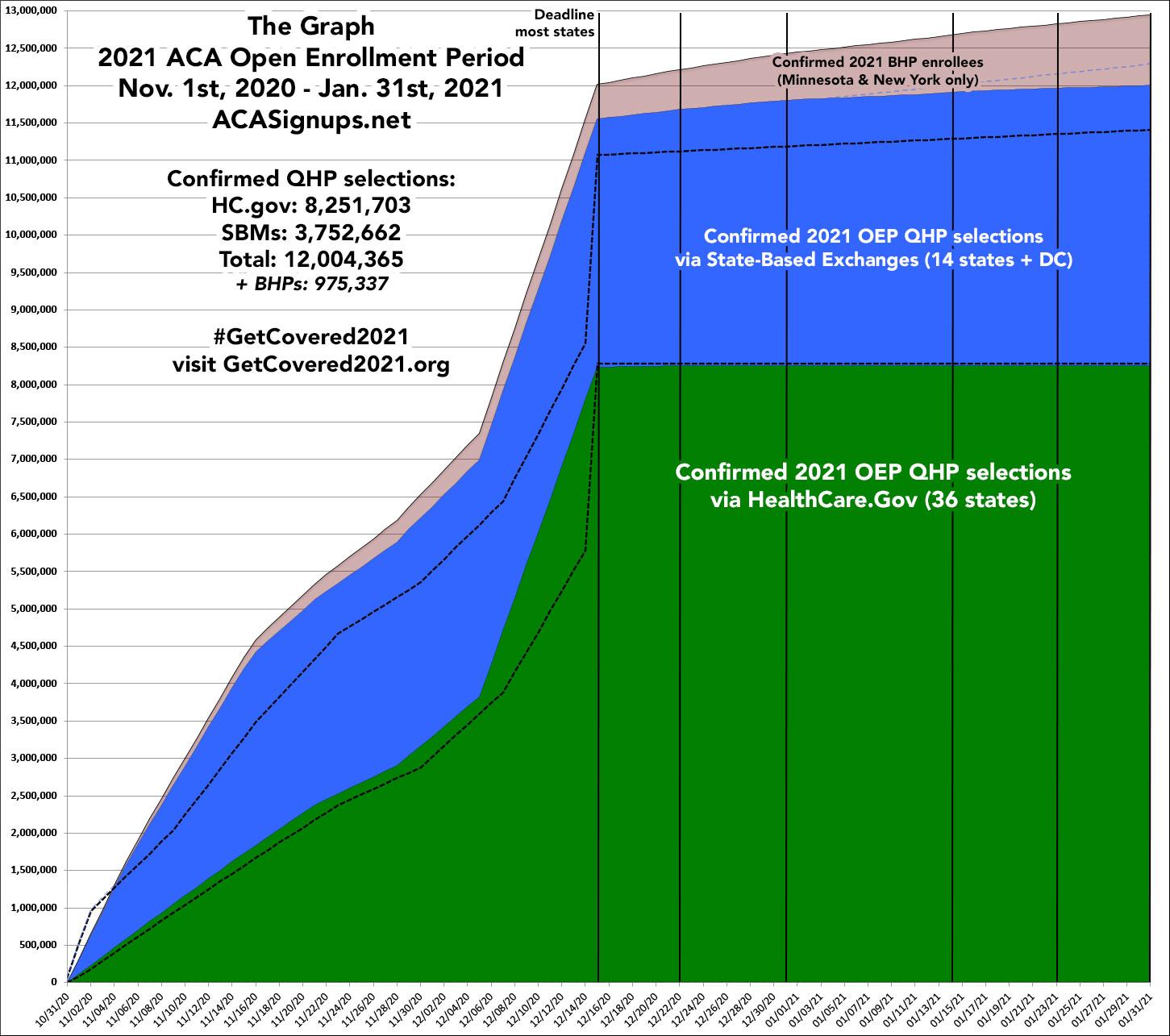