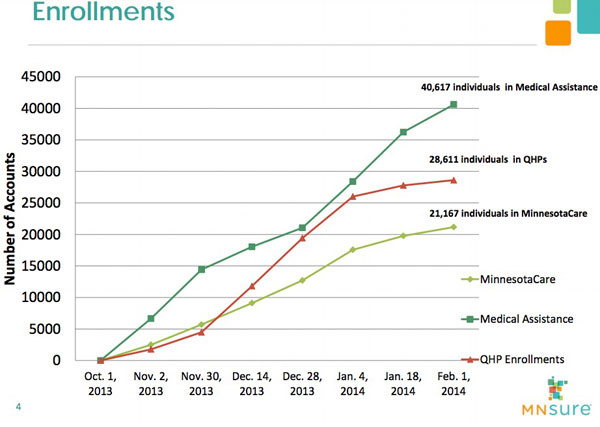 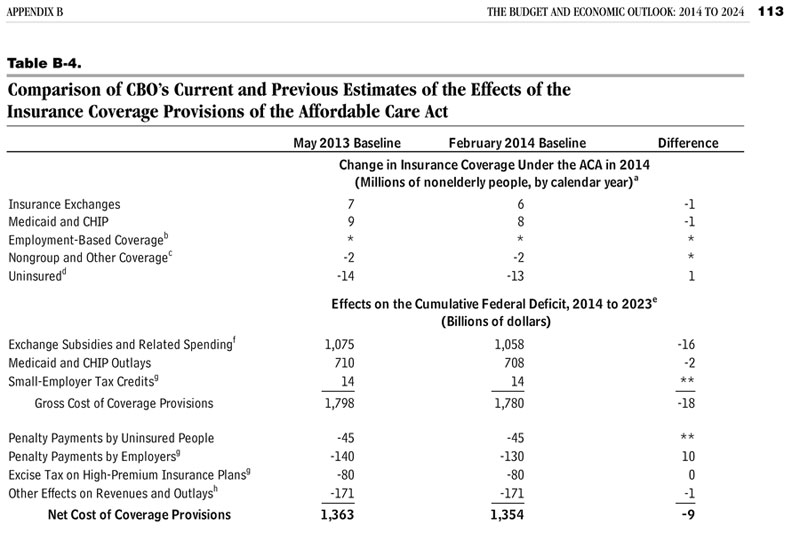 Kentucky: Total enrollments up another 5K in past 4 days

Add another 55K direct new Medicaid enrollments and you're at 210K on the Public side.

I should note that just as the Private QHP number doesn't include direct off-exchange enrollments, neither does the Medicaid/CHIP tally; when you add those, the new Medicaid enrollment total comes to over 330,000 for New York.

The first number is only slightly higher than last week, but at the time I didn't know if that referred to employees only or their families as well. This article is more specific, so using Covered California's very conservative 1.8x factor for dependents, the actual number of people covered by the SHOP exchange comes to about 711.

As of Jan. 28, 1,612 New Mexico employers had signed up to buy insurance on the SHOP for their employees. A total of 395 employees and their dependents have selected plans on the SHOP.

In addition, as the submitter noted, the numbers aren't huge but the 1,612 employers signing up is extremely promising.

Kentucky: All right, strike that, KY actually up to 44K Private, 151K Med/CHIP

OK, this is a new one...two updates for the same state only 14 hours apart:

UPDATE: I should have noted that the actual total number of new Medicaid enrollments for Kentucky is now over 206,000 if you include direct (off-exchange) enrollments.