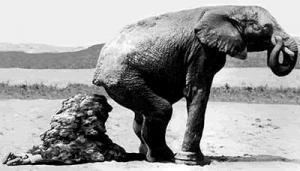 An hour or so ago, the Republican Staff of the Committee on Energy & Commerce Republican, chaired by Republican Representative Fred Upton, issued a press release which claims that:

April 15, 2014, only 67 percent of individuals and families that had selected a health plan in the federally facilitated marketplace had paid their first month’s premium and therefore completed the enrollment process.

OK, let's unpeel this onion slowly, shall we?

First of all, the press release makes it very clear that the enrollment data which they're talking about includes all enrollments on the Federal exchange through April 15. Note the following wording (emphasis mine):

House Energy and Commerce Committee members sent letters requesting specific enrollment data, including the number of individuals who have paid their first month’s premium and demographic breakdowns. The committee has compiled the data that provides a snapshot of the true enrollment picture as of April 15, 2014, after the official end of the open enrollment period.

On April 17, 2014, President Obama declared the success of his law, claiming that 8 million Americans had signed up for health insurance, but data from the insurance providers reveals that the president’s figure is largely misleading.

So they're VERY clear about what they're claiming: that as of 4/15/14, only 67% of all QHP enrollments via Healthcare.Gov had paid their first month's premium, right?

Well, there's a serious problem right there, because out of the 8 million or so enrollments as of 4/15, only 5 million of the first month's premiums were even due.

Why is this? Because the policies of anyone who enrolled in a QHP after March 15 don't even start coverage until TOMORROW, May 1st.

The HHS Dept. confirmed the 5M figure on March 17, which presumably means that it actually hit the 5M mark a day or two earlier.

A spokesman for the HHS Dept. has also confirmed that the first premium isn't due until the day before the coverage becomes effective--in other words, the other 3 million enrollees first payments aren't due until TODAY (and many of the insurance companies are being pretty lenient about late payments anyway).

In addition, this report runs completely contrary to the public statements made by the CEO of WellPoint (the 2nd largest insurance company in the country), the BCBSA (Blue Cross Blue Shield Association) and industry trade organization AHIP (America's Health Insurance Plans), all of whom have stated quite clearly and emphatically in recent days that the paid percentages for all enrollments currently range between 80 - 90%.

If you look at the actual state-by-state breakdown of paid percentages, you'll notice a couple of states missing: Idaho and New Mexico. Why aren't they included? I have no idea. Granted, these are the two states which are moving to their own state-run exchanges next year, but for the moment they're both part of the Federal exchange. Not including them in the report is...well, just kind of strange.

That's not the main thing, however. The main thing is this: Out of the first 4.24 million QHP enrollments thorugh March 1st, the Federal Marketplace (ie, HC.gov) only made up a total of 2,621,086, or 61.8% of the total. HC.gov gradually increased from around 25% of the total up to 72% of the total by the end of February, and was likely around 77% of the total in March and early April.

Well, guess what? Peter Lee of CoveredCA already confirmed that as of 4/17 (only 2 days after this report) at least 85% of California's entire 1.4 million enrollee total had paid.

What about Washington State and Massachusetts? Well, both of these states only report enrollees who have already paid...meaning that 100% of the (164,062 + 30,544 = 194,606) QHPs between the two states are paid up. Remember, Washington didn't allow for an official extension, so their numbers were pretty much off as of 3/31 anyway.

Oregon started "purging" cancelled/terminated enrollments in their reports in recent weeks. Their net number (which I presume means "paid") as of 4/17 was 63,709.

EVEN IF the GOP report was correct that "only" 67% of those on the Federal exchange had paid as of 4/15, that would still be:

= a minimum of 5,167,458 paid up through 4/15...and that's not even including the additional 913,000 QHP enrollments from New York, Colorado, Connecticut, DC, Hawaii, Kentucky, Maryland, Minnesota, Rhode Island and Vermont.

...which already is 167,000 higher than the number whose premiums were even DUE by that point.

I could go on, and perhaps I'll tear this report apart some more tomorrow, but the bottom line is that it's essentially a Hail Mary play, and a pretty pathetic one at that.

UPDATED: The Committee on Energy & Commerce Democratic Staff has just issued the following response to their Republican colleagues; It pretty much makes the same point I just did about nearly 40% of the total policy premiums not even being due at the time, plus reiteration of the statements by some of the largest insurance companies in the country stating that the actual paid percentages are far higher than 67%:

This evening the Republican staff of the Energy and Commerce Committee released a fundamentally misleading report on enrollment in the Affordable Care Act’s (ACA) Federally Facilitated Marketplaces (FFM). The report claims that only 67% of enrollees have paid their premiums. The data underlying this claim is so flawed that it is essentially worthless.

The Republican report is based on premium payment data from April 15, 2014. By April 15, 8 million people had enrolled through the ACA exchanges, but less than 5 million were required to have paid their premiums. For more than 3 million individuals, premiums were not due until the end of April or beyond. Many individuals pay their premiums shortly before they are due, as more recent data from health insurers indicates.

As of April 15, premiums had only come due for individuals who had signed up for coverage before March 15. Five million individuals had enrolled in coverage through the marketplaces as of March 17.[4] On April 17, the President announced that 8 million Americans had signed up for coverage through the marketplaces.[5] That means that more than 3 million enrollees – or nearly 40% of all enrollees – did not have premiums due by April 15 and therefore were not required to have paid them by that point.

The data submitted by WellPoint, an insurer with a substantial presence in the marketplaces, makes the flaws in the Republican data abundantly clear.[6] In their submission to the Committee, WellPoint indicated that 70% of enrollees in their plans offered in Federally Facilitated Marketplaces had paid their premiums as of April 15. In a call today detailing their first quarter earnings, WellPoint indicated the 90% of their total enrollees had paid their premiums.[7]

WellPoint noted these flaws in the data in their submission to the Committee. They stated:

The data includes enrollees whose policies have effective dates of April 1, May 1, and June 1; the premiums for those policies are generally due on April 10, May 10, and June 10, respectively. Thus, the data includes enrollees who have completed the application process but whose first month premium is not yet due. Therefore, more complete data will be available by May 19, 2014.[8]

Other insurers providing data to the Committee also made clear that the data would likely soon become out of date and inaccurate. Cigna wrote, “Customers who purchased a Cigna insurance product on an exchange have a grace period to pay their first month's premium.”[9] Humana stated, “adjustments and reconciliations to responsive data will occur within the FFM and Humana's records for some time after the production dates. Thus, the data being provided in this submission ... does not represent final verified numbers.”[10]

The Republican report is also inconsistent with recent statements by the insurance industry’s main trade association. The Blue Cross Blue Shield Association, whose member companies offer plans in almost every ACA marketplace, indicated that between 80% to 85% of individuals had paid their premiums.[11] And the CEO of America’s Health Insurance Plans, the industry trade group, stated this week that 85% of individuals enrolled in exchange plans have paid their premiums.[12]