With these updates in mind, here's the top 100 counties ranked by per capita COVID-19 cases as of Friday, February 12th, 2021 (click image for high-res version).

This was already announced earlier, but here's the formal press release with some more details for Minnesota residents:

via the Centers for Medicare & Medicaid:

Today, in accordance with the Executive Order signed by President Biden, the Centers for Medicare & Medicaid Services (CMS) is announcing that the Special Enrollment Period (SEP) for the Health Insurance Marketplace® will officially be available to consumers in the 36 states that use the HealthCare.gov platform on Monday, February 15, and will continue through Saturday, May 15. At least 13 States plus the District of Columbia, which operate their own Marketplace platforms, have decided to offer a similar opportunity.

DC Health Link, the District of Columbia's ACA exchange, has released a new 2021 Open Enrollment report, and while the numbers aren't surprising, they're also a bit fuzzy for a couple of reasons.

Five weeks ago the Maryland Health Connection announced they were re-opening ACA enrollment through March 15th in light of the ongoing COVID19 pandemic.

When the Biden Administration announced a few weeks later that the federal ACA exchange, HealthCare.Gov, was planning on re-opening enrollment across 36 states for a full 3 months (from Februay 15th - May 15th), however, I was pretty sure that it would only be a matter of time before most of the state-based exchanges matched up with that time window...and sure enough, via the MD Health Connection:

Washington State: @WAPlanFinder clarifies #COVID19 Enrollment Period is only open to those NOT currently enrolled on-exchange

A couple of weeks ago I reported that the Washington Healthplan Finder was the one of the first state-based ACA exchanges to announce their own COVID19 Special Enrollment Period to coincide with the federal one being launched via HealthCare.Gov.

At the time, I wrote:

Washington State's appears to be for anyone who'd otherwise be eligible during Open Enrollment, which amounts to the same thing as full Open Enrollment. That means even those who are already enrolled in an ACA exchange plan will be able to switch to a different plan mid-year.

Well, so much for that; the Washington Health Benefit Exchange has issued a new press release ahead of the February 15th COVID SEP launch clarifying who's eligible and who isn't:

Connecticut: And Then There Was One: @AccessHealthCT announces one-month #COVID19 Enrollment Period 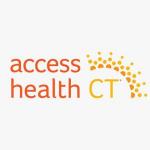 With this press release from AccessHealth CT, 49 states +DC have now announced some sort of 2021 COVID-19 Enrollment Period:

I just received confirmation from Vermont Health Connect that they're joining nearly every other state in offering an official COVID-19 Special Enrollment Period...with a few caveats:

Waterbury, VT— In alignment with the Federal initiative, the State of Vermont is re-opening a special enrollment period on February 16, 2021 to offer Vermonters who do not currently have health insurance an opportunity to enroll in a qualified health plan and receive premium and cost-sharing assistance, if eligible. Intended to facilitate access to health insurance, the special enrollment period is being implemented in partnership with qualified health plan issuers, Blue Cross and Blue Shield of Vermont, MVP Health Care, and Northeast Delta Dental. To enroll, Vermonters should call the Customer Support Center at 1-855-899- 9600 Monday through Friday, 8:00AM – 4:30PM.

An unsurprising but still very welcome development in the Endgame of the ongoing #TexasFoldEm #ACA lawsuit:

Here's the full text of the letter sent to the clerk of the U.S. Supreme Court by Deputy Solicitor General Edwin S. Kneedler. It's actually pretty cut & dry for this sort of legal document: 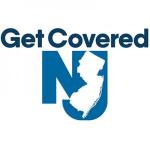 This Just In via NJ Governor Murphy and Get Covered New Jersey: