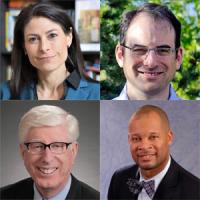 DENVER – More than 169,000 Coloradans selected health coverage for 2019 through the state health insurance Marketplace by the close of Open Enrollment Tuesday, an increase of 2 percent over the previous Open Enrollment period, according to new data released today by Connect for Health Colorado®, and the number getting financial help buying insurance grew sharply.

About three of every four people—77 percent – who chose health insurance through Connect for Health Colorado qualified to receive financial help to reduce their monthly premium. That is up from 69 percent in 2018 and 61 percent in 2017.

DENVER – Rural counties are leading the way in Connect for Health Colorado® sign ups as the state health insurance marketplace heads to the last week of the 2019 Open Enrollment period.

Overall, 2019 health plan selections through Connect for Health Colorado are running about 3 percent ahead of the comparable period a year ago but many rural counties have already exceeded the number of plan selections made in the entire two-and-a-half-month Open Enrollment period in 2018.