UPDATE: It's officially going live on July 1st: if you're unemployed at ANY POINT in 2021, you're eligible for a $0-Premium #SecretPlatinum plan! 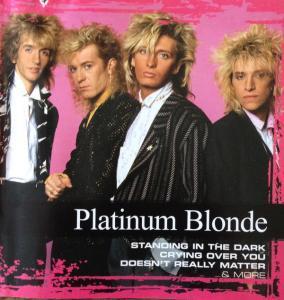 Back in March, I noted that one of the more interesting provisions of the American Rescue Plan is that anyone who receives unemployment benefits at any time during calendar year 2021 is eligible for maximum ACA subsidies:

Sure enough, the latter point has since been confirmed by several ACA experts I've spoken to.

OK, so if you're on unemployment or you were earlier this year, you can get a $0 benchmark Silver plan. That's great, but what's this "Secret Platinum" business?

The most generous of these is the 100 - 150% FPL tier; enrollees in that income range are eligible for "Silver CSR 94" plans which cut down your cost sharing so much (they cover ~94% of the average enrollee's healthcare expenses) that these Silver plans effectively become the equivalent of Platinum plans instead (Silver normally covers ~70% of expenses; Platinum covers ~90%).

The ARP doesn't literally say "Unemployment benefit recipients qualify for free Platinum plans"...what it does say is that those on unemployment automatically have their annual household income defined as being 133% FPL regardless of how much they actually earn...which in turn means they qualify for the strongest CSR tier. Furthermore, since the ARP also sets the benchmark Silver plan to cost $0/month for those earning less than 150% FPL...voila!

Here's an example of how this works for a single 50-year old adult living in Oakland County, Michigan.

First, here's the benchmark Silver plan at full price if they earn $70,000/year:

Next, here's what it looks like if they earn $40,000/year (which is 310% of the Federal Poverty Level). Notice how the premium has been cut by more than half, but the deductible & out of pocket maximum remain the same:

THAT'S what makes this a "Platinum Equivalent" or "Secret Platinum" plan.

The only catch is that this is a complicated adjustment to make at the back end of the software systems which handle ACA exchange subsidy calculations. As a result, HealthCare.Gov also advised people back in March that the federal ACA exchange wouldn't be set up to implement this particular feature of the ARP until July:

Additionally, beginning in early July on HealthCare.gov, consumers who have received or have been determined eligible to receive unemployment compensation for any week during 2021 may be able to get another increase in savings when enrolling in new Marketplace coverage or updating their existing Marketplace application and enrollment. These savings to be made available starting in early July for eligible consumers are in addition to the increased savings available to consumers on HealthCare.gov starting April 1.

I should note that some of the state-based ACA exchanges have already implemented the unemployment insurance benefits. For instance, Pennie (Pennsylvania) was able to not only get their system set up to do so months earlier, they were even able to automate the process, while Covered California just launched their UI benefit program a few days ago.

As for the federal exchange, HealthCare.Gov, as of this writing it still reads as follows:

If you get unemployment compensation

Later this year, you may be able to get another increase in premium tax credits. HealthCare.gov will have more information available in the summer once these additional savings are available to those who got unemployment compensation during 2021. At that time, you can come back to HealthCare.gov to update your application and current plan with more tax credits to lower your premiums for the rest of the year.

On the one hand, it's June 25th already...the clock is ticking, guys!

On the other hand, I was also forwarded an email from an authorized 3rd-party ACA web brokerage, normally intended for insurance brokers/agents only, which says point-blank that yes, the UI benefits will indeed be live for those enrolling in federal ACA exchange states starting next week:

Starting July 1st, individuals with at least 1 week of unemployment compensation in 2021 can enroll in a free Silver plan with an earliest effective date of August 1st.

Again, this is for a 3rd-party broker, not HC.gov itself, but since the authorized web brokers hook into the federal exchange back end in order to work, it's pretty safe to assume that HC.gov will be making a similar announcement early next week. Stay tuned!