"They're coming for you."

Wednesday night's Vice-Presidential debate between Kamala Harris and Mike Pence wasn't as bad as last week's dumpster fire of a Presidential "debate" between Donald Trump and Joe Biden. The questions were mostly better, and neither Pence nor Harris screamed at each other. On the other hand, the moderator did a terrible job of cutting Pence off when he ran over his time limit or interrupted Harris, and just as importantly, Pence flat-out refused to answer most of the questions at all, often instantly changing the subject to whatever he happened to feel like talking about with zero pushback from moderator Susan Page. 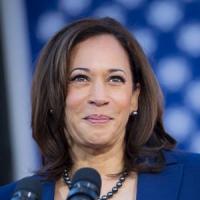