Shocker (not): White people (on the whole) cared less about COVID when they thought it was mainly killing minorities. 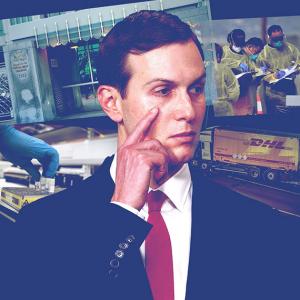 Way back in March 2020, I launched my own COVID-19 case/fatality tracking spreadsheet project which mostly duplicates any number of existing sites, including one important addition:

I took a lot of criticism at the time from people who got the vapors and claimed that I was the one "politicizing" the pandemic, which was laughable in the Trump era, where everything has been politicized by the Trump Administration.

In July 2020, Katherine Eban of Vanity Fair confirmed everything I and others had suspected:

...But no nationally coordinated testing strategy was ever announced. The plan, according to the participant, “just went poof into thin air.”

As I summarized at the time, it was pretty simple:

The Trump Administration decided that more Democrats would get sick and/or die from COVID-19 than Republicans, so they didn't give a rat's ass.

...In any event, I hope the Vanity Fair article puts to rest any complaints that it's "inappropriate" for me to be viewing the data through a partisan lens...because when the President of the United States, the HHS Dept., the Centers for Disease Control and the rest of the executive branch of the federal government is doing so, it means policy is being determined based on it. Pretending it "doesn't matter" because it shouldn't matter doesn't magically make it so.

Since then, of course, there's been a mountain of evidence that the situation has changed dramatically:

Via the Raw Story write-up:

Matt Pearce of the Los Angeles Times reported, "When white Americans heard about COVID hitting people of color harder, a lot of them mentally peaced out. This is ugly."

...In the abstract, the authors wrote they "found that those who perceived COVID-19 racial disparities to be greater reported reduced fear of COVID-19, which predicted reduced support for COVID-19 safety precautions."

"Reading about the persistent inequalities that produced COVID-19 racial disparities reduced fear of COVID-19, empathy for those vulnerable to COVID-19, and support for safety precautions. These findings suggest that publicizing racial health disparities has the potential to create a vicious cycle wherein raising awareness reduces support for the very policies that could protect public health and reduce disparities," the authors of the studies explained.

From the study itself:

Reading about the persistent inequalities that produced COVID-19 racial disparities reduced fear of COVID-19, empathy for those vulnerable to COVID-19, and support for safety precautions. These findings suggest that publicizing racial health disparities has the potential to create a vicious cycle wherein raising awareness reduces support for the very policies that could protect public health and reduce disparities.

As ugly as this is (as noted by Pearce), the timing of the studies is also worth noting...fall 2020. More specifically, the second, much larger study was conducted the week before the 2020 general election:

We recruited 500 participants based on a G*Power analysis indicating that a sample of 496 was needed to detect a small effect size (linear regression, f2 = 0.02) with 80% power. English-speaking, White U.S. adults (18 years or older) were recruited from MTurk between September 5th and 8th, 2020 in exchange for $2.50.

On Election Day 2020, the cumulative death rate in the bluest tenth of the country was still around twice as high as in the reddest tenth...even if that gap had already started quietly shrinking several months earlier: 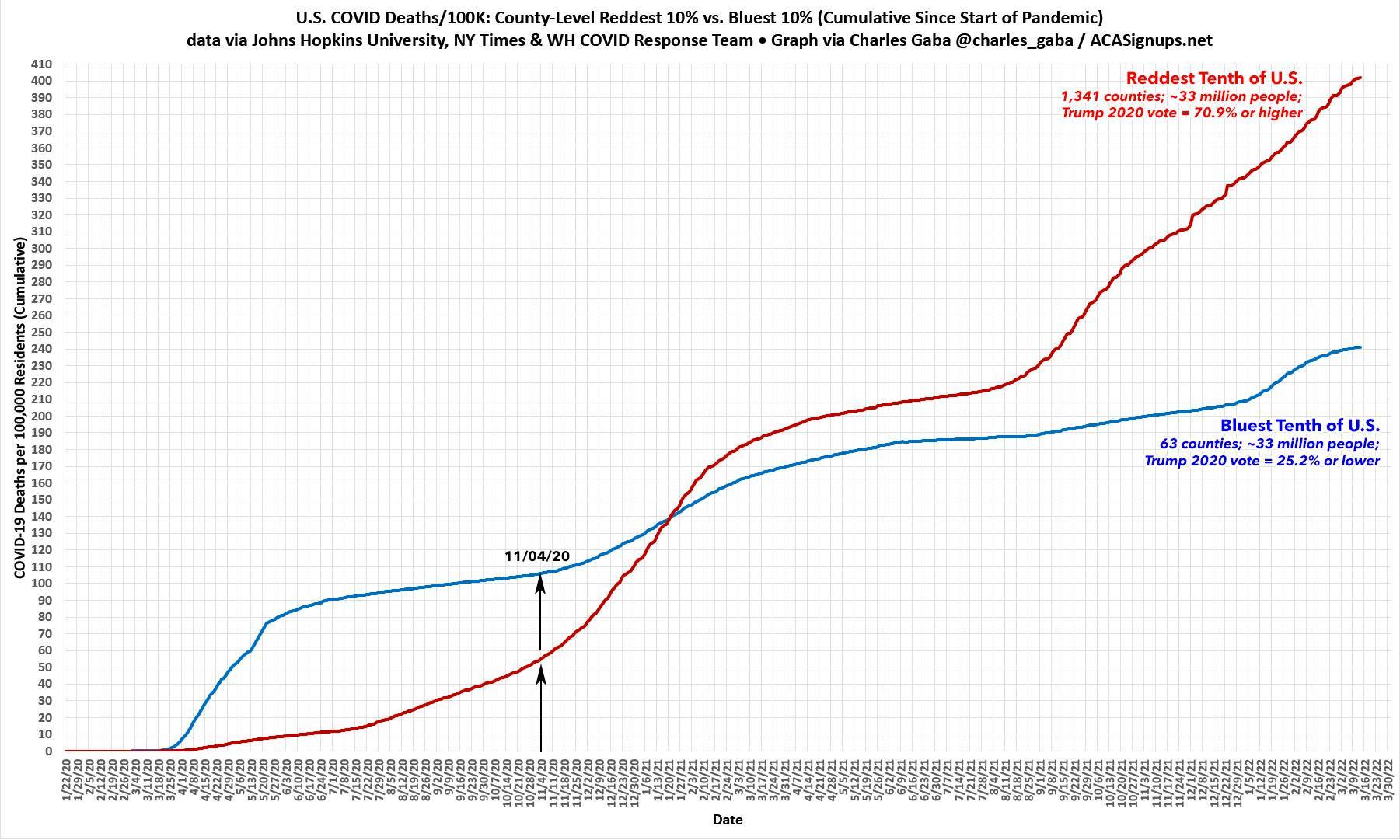 In other words, at the time this study was conducted, an awful lot of White Americans apparently assumed that it was a "them problem" not an "us problem" and shrugged it off.

As for the overlap between race and politics, yes, that gets a mention as well:

Needless to say, since this study was conducted the worm has turned, the script has flipped and White America is now reaping what it sowed. 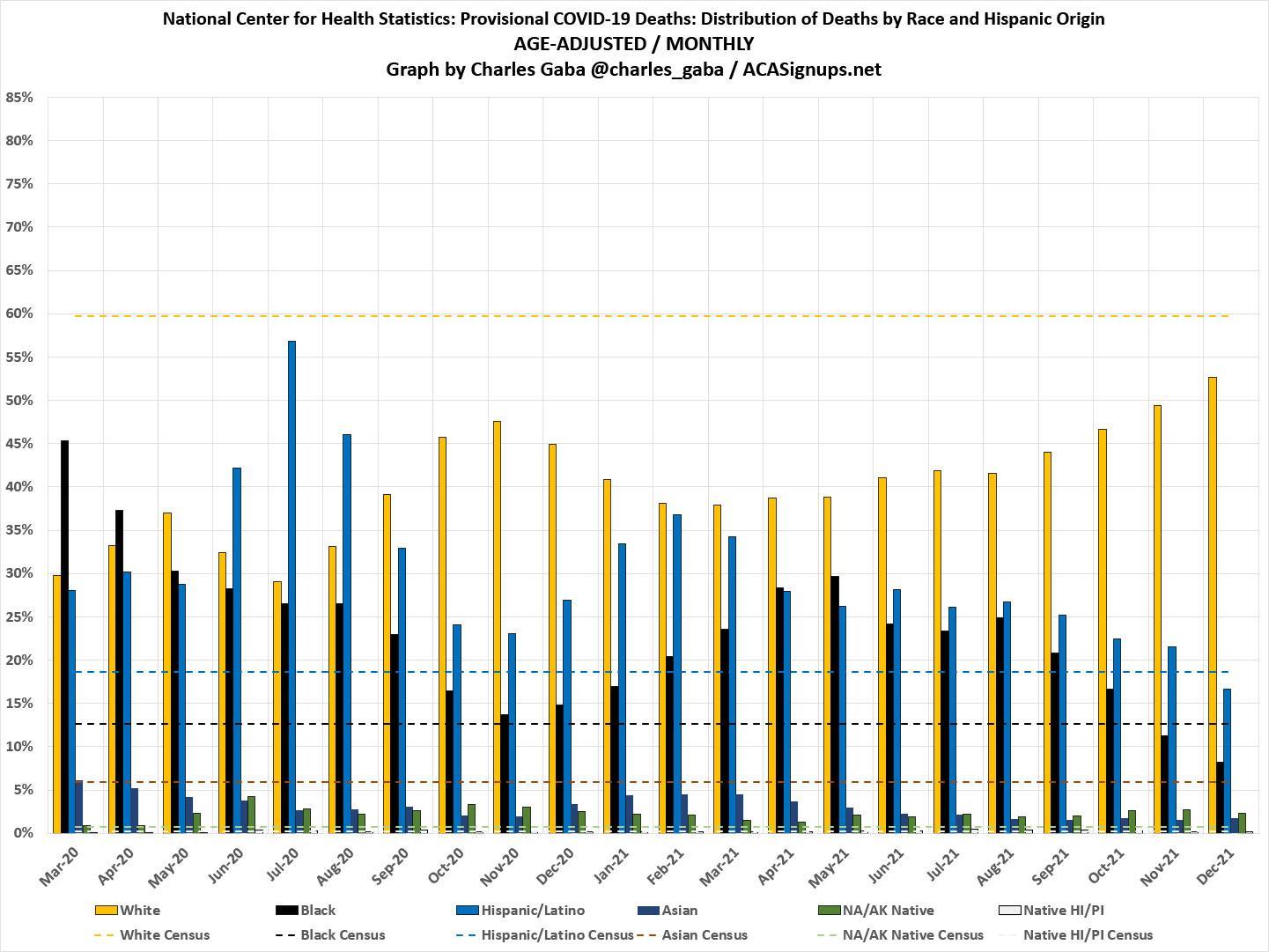