NOTE: Given how much the national pace of vaccination shots has slowed down recently (the 7-day average is down to around ~330,000/day), this is now a MONTHLY update unless the pace picks up again significantly. 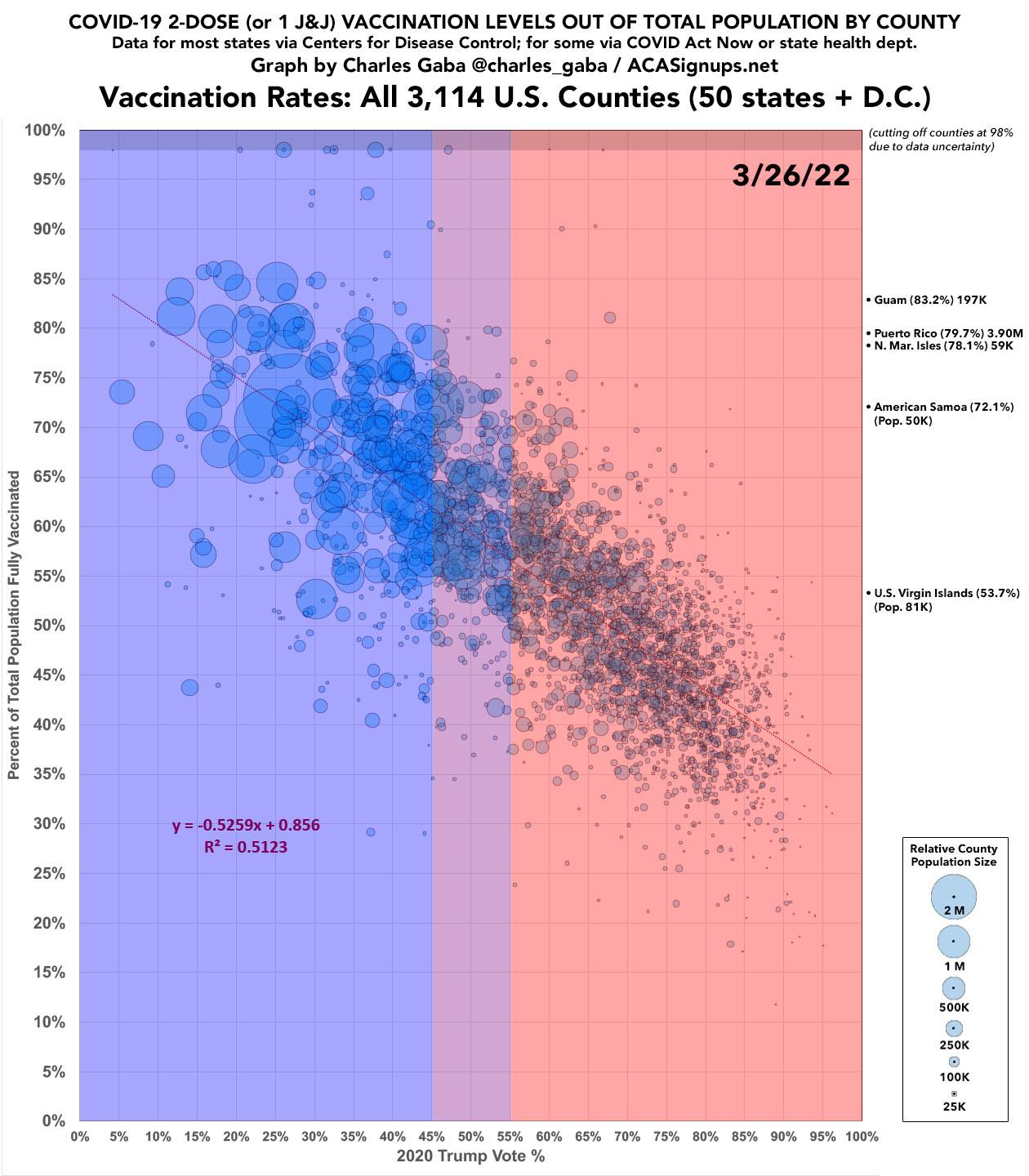 The most notable change in this update is Miami Dade County (located at around 46% Trump / 72% vaccinated), which until now was listed as being more like 85% vaccinated.

It looks like the mini-spike of the R-squared line increasing in response to 5-11 yr olds receiving their 2nd COVID shots starting around Thanksgiving has leveled off again. I'd imagine there will be one more final mini-spike once children under 5 years old are approved to get vaccinated as well; after that there's really no way for the slope to increase any further as the bluest counties are starting to bump up against their likely vaccination rate ceilings: 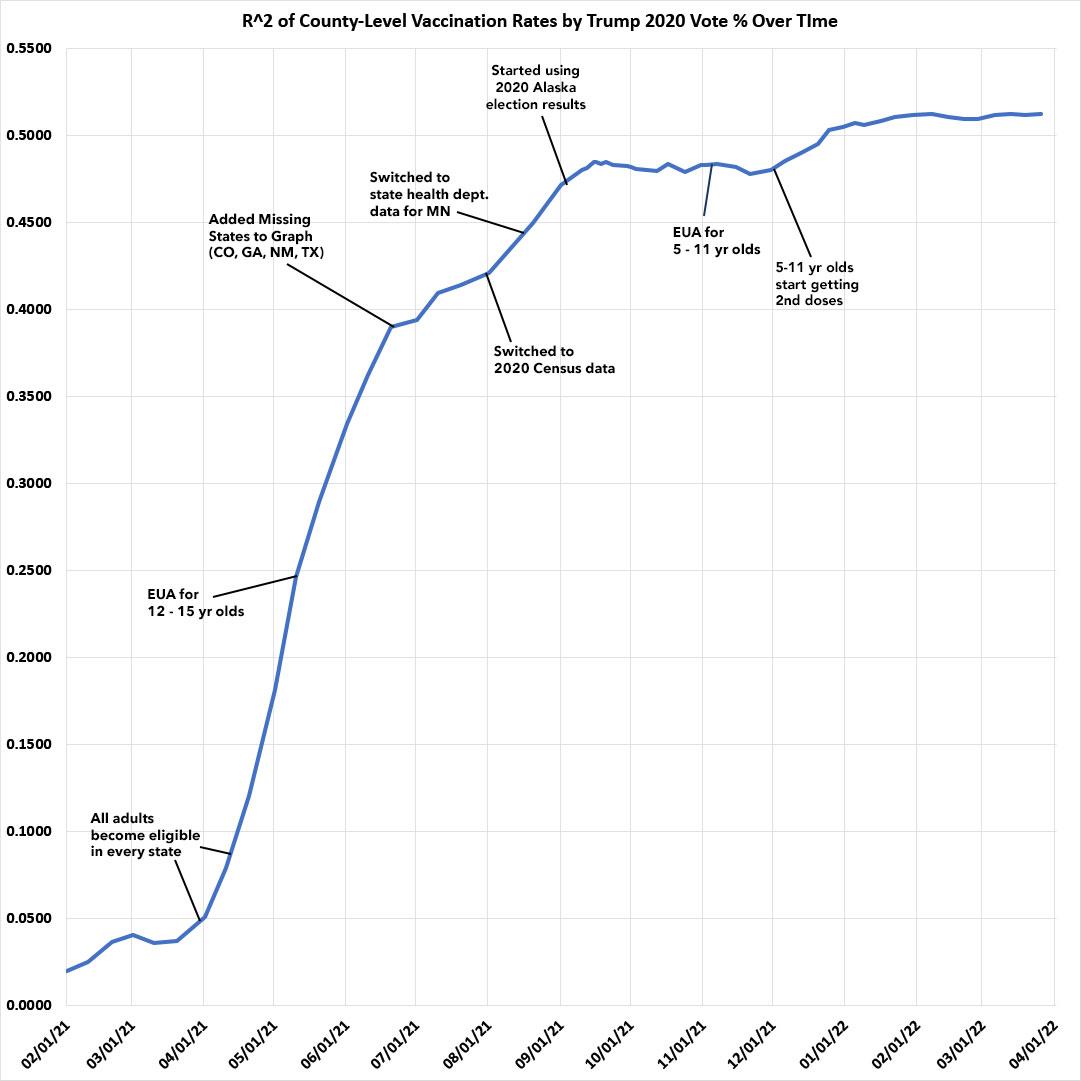 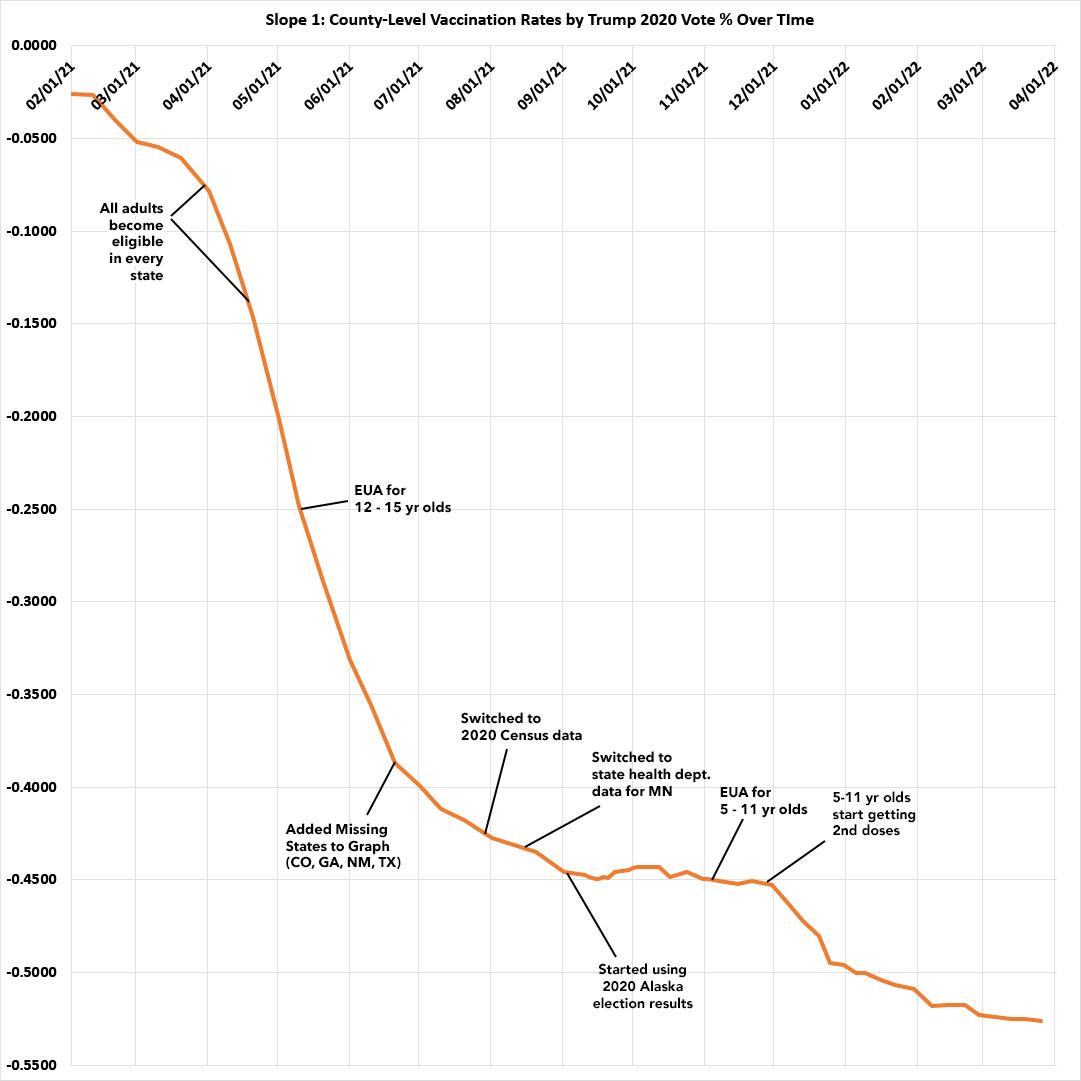