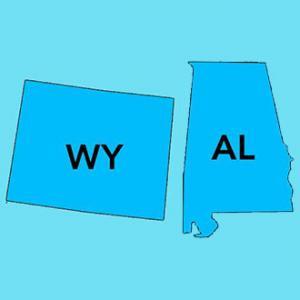 In other words, instead of adding 2.2 million people to Medicaid, this move would effectively backfire and cause as many as 19 million current Medicaid enrollees to lose that coverage (to be replaced with for-them-inferior ACA exchange policies instead).

With that in mind, Congressional Democrats have come up with a simple alternate plan: Bribe the remaining states. From the House Energy & Commerce Committee's summary of their portion of the American Rescue Plan:

Providing a new incentive for states to expand Medicaid by temporarily increasing the federal medical assistance percentage by five percentage points. If all 12 remaining states expanded Medicaid, more than two million people currently in the coverage gap would gain access to Medicaid.

Under the proposal, states that do not have expansion in place when the bill is enacted would be eligible for a 5 percentage point increase in the state’s regular, or traditional, match rate (FMAP) for two years if they implement the expansion. ...under this new incentive, states could draw down additional funds for a large share of their Medicaid population and spending if they newly expand. In addition to the 12 states that have not adopted the expansion, the increase in the match rate could also apply to Missouri and Oklahoma if the bill is enacted before they implement the expansion (these states are expected to implement in July 2021).

...I know I use the term "bribe" but that's not meant as a slam on the #AmRescuePlan. The goal is to provide decent healthcare coverage to as many people as possible, and Republican governors and state legislators have been unbelievable dicks about doing so, keeping millions of their own residents suffering for seven years for no legitimate reason. While great progress has been made since then, mostly via ballot initiatives, it could take several more years for Mississippi, South Dakota and especially Florida to come around, and some people simply can't wait that long.

So, if pouring a few billion dollars more into the maw of Red States is what it takes to get them to finally get over their hatred of President Obama, so be it.

Dylan Scott of Vox was pretty pessimistic about this tactic working, noting that while most of the holdout states claim that they're refusing to expand Medicaid for budgetary reasons, the primary reason is purely ideological: They're simply loath to provide free healthcare coverage to "undeserving" people regardless of whether they're already paying for it or not (remember, upper-income residents of every state are paying extra taxes to cover the cost of Medicaid expansion whether their home state implements the program or not):

Based on an informal survey of the states yet to expand Medicaid, the provision in the stimulus bill that provides increased funding for states that expand the program now may end up having no effect at all. That would mean millions of people in poverty remaining uninsured.

I hopped on a press conference this week with Mississippi Gov. Tate Reeves (R) to ask him whether the new funding incentive would prompt him to reevaluate the decision to refuse Medicaid expansion.

I heard the same from other governors’ offices in the non-expansion states.

“The Governor remains opposed to the expansion of Medicaid in Florida,” Cody McCloud, spokesperson for Florida Gov. Ron DeSantis (R), said in an email.

Laine Arnold, a spokesperson for Tennessee Gov. Bill Lee (R), said the governor was focusing on implementing the state’s new Medicaid block grant approved in the final days of the Trump administration.

“Governor [Kristi] Noem knows that expanding Medicaid is not the answer to accessing quality healthcare in South Dakota,” Ian Fury, a spokesperson for the South Dakota Republican governor, said in an email.

However, the additional bribe (er...incentive) from the American Rescue Plan may end up bearing some fruit after all: The extra funding may be enough to push both the first & last state alphabetically over the top:

Alabama Republicans for years have opposed expanding Medicaid eligibility. Now, they may be cracking the door.

Alabama Gov. Kay Ivey and legislative leaders said they are reviewing details of the nearly $2 trillion coronavirus relief package that includes new financial incentives for the states that have opted against expanding Medicaid to provide health coverage for more low-income Americans. A spokeswoman for Ivey said the governor is “open to the discussion” on expansion but that state leaders need additional information about the long-term cost projections.

“Ensuring every Alabamian has access to quality health care is important to the governor and always has been a priority of hers. However, as she has made clear, the problem has always been how to pay for it. She is open to the discussion, but right now, we simply do not have all the facts,” spokeswoman Gina Maiola said.

Alabama is one of 12 states that have taken no action toward expanding Medicaid eligibility under the Affordable Care Act. Previous studies have estimated that expansion would add around 300,000 people to state Medicaid rolls. Republican leaders have in the past expressed opposition to expanding Medicaid, at times citing both political opposition to the Affordable Care Act passed under former President Barack Obama and concerns about cost.

...Democrats in the Alabama Senate have estimated that [the ARP offer] would generate an additional $900 million for the state.

A bill to authorize Medicaid expansion to low-income residents in Wyoming gained approval from a House committee Thursday evening, as some lawmakers push for the state to take the federal government up on its offer of new incentives to the 12 states that have declined to extend coverage over the past decade.

While expanding Medicaid to uninsured people whose income is at or be- low 138% of the federal poverty level has been a frequent topic of debate in the Wyoming Legislature in recent years, some lawmakers hope this year could be different than past failed attempts.

Under Medicaid expansion, the federal government covers 90% of the costs, while states pick up 10% of the tab. If authorized by state legislators, Medicaid expansion would cover approximately 24,000 residents in its first two years of implementation, according to recent estimates from the Wyoming Department of Health.

...Under the latest federal stimulus bill that was signed into law earlier this month, the 12 states that have not expanded Medicaid would gain a 5% boost to their traditional Medicaid matching program, which is done at a 50-50 split and includes a far wider population than the expansion-eligible one, if they decide to opt into the program. That boost would bring an estimated $120 million per biennium to Wyoming.

The legislation advanced by the House Revenue Committee on Thursday would authorize Gov. Mark Gordon and the Wyoming Department of Health to begin pursuing a plan to expand Medicaid in the state, with an amendment that would allow the state to back out if the federal government reneged on its incentives.

The bill’s main sponsor, Rep. John Romero-Martinez, R-Cheyenne, told the committee of his own struggles as an uninsured person that helped guide him to sponsor the bill.

“I’m probably the poorest person in both chambers, so I got a bone to pick, but it’s not about me picking a bone,” Romero-Martinez said. “It’s about there’s thousands of people – they’re saying approximately 24,000 residents – that are not currently covered under an expansion that we have failed to produce.”

We'll see if anything develops further. but this is promising news. If both states were to go for it, this would provide up to 324,000 more low-income Americans with free or near-free healthcare coverage.

UPDATE: Wow! The Wyoming legislature made for an absurd amount of drama this evening:

A Senate bill to expand Medicaid to cover an estimated 25,000 additional Wyomingites died in the chamber Monday after missing a vital procedural deadline. https://t.co/takdLgUbdb

The #wyleg Senate killed a bill to expand Medicaid without a hearing today. There’s about an hour left for a similar proposal to make it through the House. If it doesn’t, Medicaid Expansion is dead in the 2021 legislative session. https://t.co/zlH0E9LOlQ

Any fellow Medicaid expansion nerds still up and at it? Wyoming House going to vote on expansion in the next few minutes (2 bills ahead of it, as of 8:45pm ET): https://t.co/ogpB4Hq14m

One step at a time. But I think this is helpful to see timelines and process. Would need to go through 2nd and 3rd reading. And then crossover to Senate for Committee and floor votes, still. https://t.co/NdDCzH9E57

Basically, it survived by the skin of its teeth. That doesn't mean it's gonna pass either the House or Senate, but it does mean it lives for at least one more stage in the process...

Day 23 Monday, March 22 Last day for Committee of the Whole in house of origin.

TBD Last day for Bills to be reported out of Committee in second house.

TBD Last day for Committee of the Whole in the second house.

TBD DEADLINE: Date to send any bill to Governor with possibility for Veto Override.

TBD Last day for Second Reading in the second house.