Y'know, no one wants up-to-date data more than me, but did Rhode Island really have to release their latest state enrollment data TODAY, while I'm still in the middle of compiling/updating the HHS report???

As deaconblue notes, "Rite Care looks like it fully covers the premium for up to 150% FPL and offers premium assistance to those between 150% and 250%...the context implies that all of the 4,311 should be somewhere under QHP - if some of these plans were fully paid by the state, would they have appeared as an asterisked note under the Medicaid Enrollments section?"

I see his point, but at the same time, seeing how it fully covers the cost up to 150% FPL while even the ACA's Medicaid expansion only goes up to 133%, it really sounds like the vast majority of these folks should be categorized on the Medicaid/CHIP side. I'll look into it and may move some or all of these over to the Private QHP side later, but for the moment I'm listing them as "Medicaid/CHIP".

Rhode Island becomes the 2nd (or possibly 3rd, depending on how New York's final tally turns out) state to break through the CMS's private enrollment projection, hitting 12,300 when employees enrolled via the Small Business exchange are included (and yes, these count. They're still people who didn't have insurance prior to the ACA, who do now thanks to a part of the ACA).

Nearly 2,000 people of the 11,770 who signed up for health insurance through HealthSource RI did not pay their premiums by the Jan. 8 deadline...

Some 75 small businesses have enrolled, with coverage for a total of 530 people.

No new private enrollment numbers, but Rhode Island's Medicaid expansion jumped from 6,627 at the end of November to 19,941 as of yesterday. For some reason the article claims a "quadrupling" from 5,280, but the official HHS number for 11/30 is 6,627, so I'm not sure what that's about (they also claim the quadrupling was "in December" even though the same number shows up as being "through Wednesday" which was January 8th).

In any event, a nice Medicaid bump (or a horrific one, depending on your POV) for Rhode Island.

The number of Medicaid enrollments through HealthSource RI totaled 19,941 as of Wednesday, with an additional 1,500 sign-ups pending, David Burnett, chief of government and public affairs at the R.I. Executive Office of Health & Human Services, revealed Wednesday in response to a request from WPRI.com.

The number of Medicaid sign-ups on HealthSource RI roughly quadrupled in December, jumping from 5,280 to 19,941, amid a drumbeat of publicity about deadlines to get coverage under President Obama's new health law.

The final December tally for Rhode Island is in, and also gives a clearer picture of the "But how many have PAID???" talking point. As of New Year's Eve, 11,305 people had enrolled in a plan, of which 2,300 still hadn't paid as of 2 days ago. That means that at least 80% of RI private exchange enrollees are paid in full. No new Medicaid numbers in the article.

Depending on your POV, this also means that Rhode Island has also now hit either 94% (if you're counting unpaid enrollments) or 75% (if you're not) of their 12,000 CBO projection for 3/31/14. See this story for additional discussion.

Monday night, HealthSource RI, the Obamacare marketplace in Rhode Island, sent emails to 2,300 people who had not paid as of Jan. 5 to tell them they had until 4 p.m. on Jan. 8 to pay the first month's premium, and their plans will still be effective retroactive to Jan. 1.

HealthSource RI reported Monday that 11,305 people selected plans as of the Dec. 31 deadline, but not all had paid. 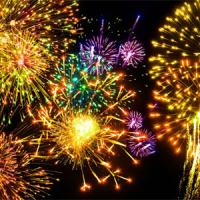