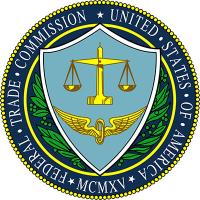 After both the Washington HealthPlan Finder and Pennsylvania's Pennie ACA exchange announced that they were setting up Special Enrollment Periods for residents who were scammed by Benefytt Technologies into buying non-ACA compliant heatlhcare policies, this shouldn't be surprising.

Quick: Run a Google search for "Obamacare" or "Health Insurance" and see what the first listings which come up are. The odds are pretty high that the first listing won't be HealthCare.Gov, Pennie.com, CoveredCA.com or any of the other state-based ACA exchanges. In fact, the first link which comes up probably won't even be for Blue Cross Blue Shield, Molina or Centene (the actual health insurance carriers themselves).

It's far more likely that the most prominent sites to come up in Google's paid search listings will be third-party health insurance brokers. If you click on the link, you may be taken to a legitimate health insurance broker authorized to sell on-exchange ACA policies...or you may be taken to a fly-by-night quasi-legal outfit which either pushes junk plans or simply resells your contact info to fourth-party scammers. In many cases, they may even include the terms "Obamacare" or "ACA" baked into their names: 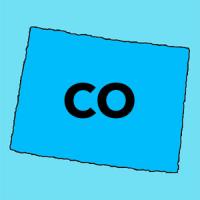 I've written several times before about the multi-state scam being run by "Trinity Healthshare", aka "Aliera Healthcare":

The court also found that Aliera is a for-profit company and cannot qualify as a health care sharing ministry under state or federal law. The Insurance Department is concerned about potential fraudulent or criminal activity on the part of Aliera. Since the company may be an illegitimate health care sharing ministry, consumers should be aware that if they remain in an Aliera product, they may be covered by an unlicensed insurance company.

Unity Healthshare, now known as OneShare Health, was authorized by the court to reach out to Unity members about their options, and consumers who have purchased a Unity/Aliera product should be aware that they may be receiving this communication.

I've written a lot over the past nearly three years about the damage caused to ACA policy enrollment caused by the Trump Administration's slashing of 90% of HealthCare.Gov's marketing, awareness and outreach budgets.

A significant portion of the reduction in ACA exchange enrollment in 2017, 2018 and 2019 can be blamed squarely on this.

That's not just my opinion; it's been supported by detailed analysis as well as the corresponding increase in enrollment on state-based exchanges, which operate their own marketing/outreach budgets.

The following graph compares the two over the first six Open Enrollment Periods. I've had to adjust for the fact that since 2014, several states have switched from state exchanges to the federal one or vice-versa, but even so, the contrast is dramatic and clear: